Hey all! We’ve Rakabraka’d out of last week’s Rooskaya Protocols and into this week’s Red Room Takeover event! How are you enjoying it so far? Have you successfully avoided the Techno Lava, or did you get a taste of its insta-killing burn? Let us know what you think of this event, and if you’d like to see it come back or stay in the future!

This week rounds out the Intel PC mod series, with the one and only leader of the Avengers, Captain America, and his heroic PC build. Check it out HERE!

The HARM Room has been taken over by Yelena Belova, turning it from a training facility to a deadly trap bathed in ominous crimson light. The threats are real, and the Avengers must escape before the walls close in. Will you survive? Test your mettle in the Red Room now and study up on the challenge HERE! 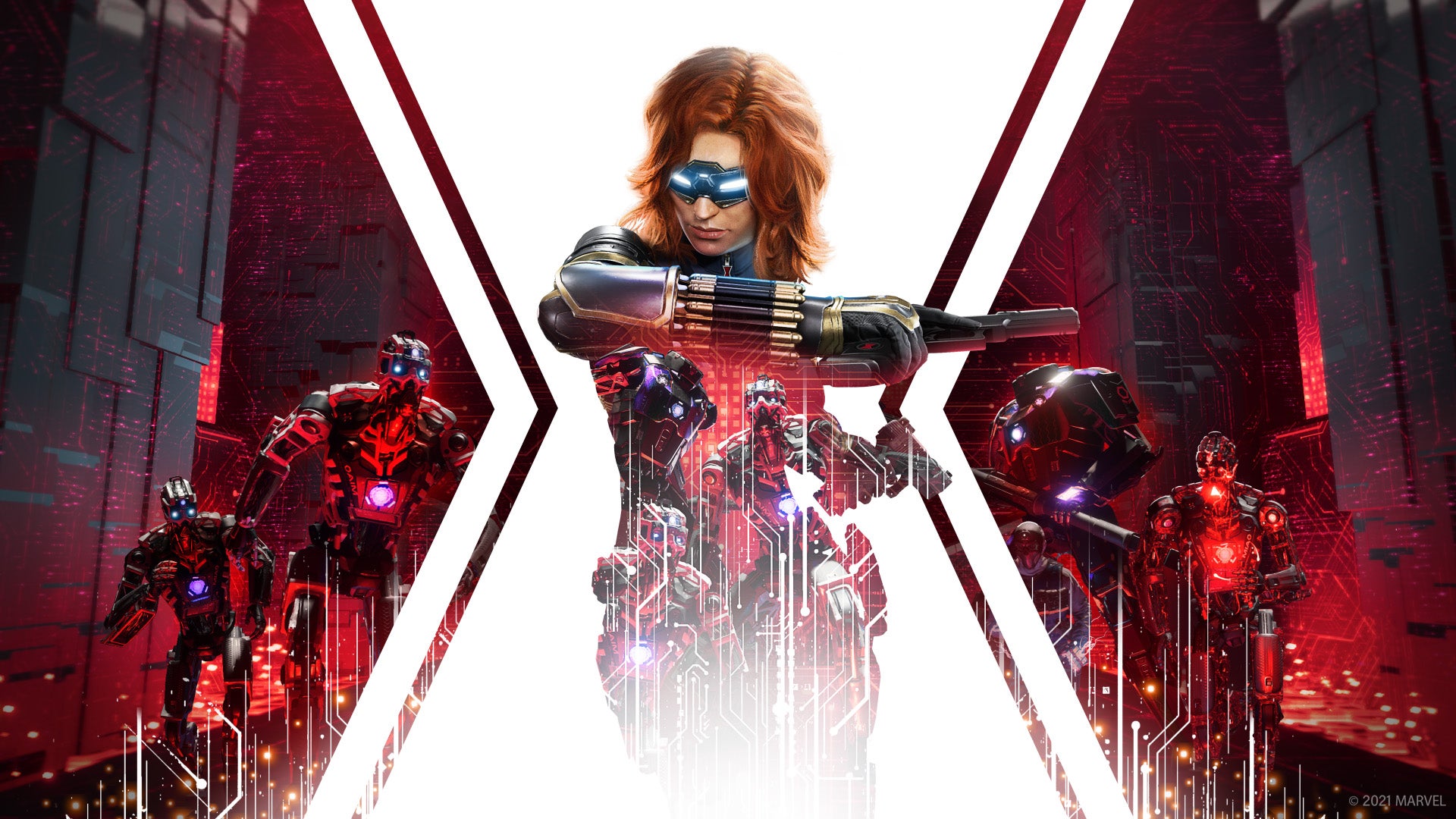 Patch V1.7.0 arrived earlier this week, bringing the Red Room Takeover event, the Champion System, and Hero’s Catalysts to Marvel's Avengers. Read up on how they’re changing the game HERE!

For this week’s Dev Updates, we got some Red Room Tips straight from the source: Principal Designer, Jason Botta!

ABM —Always. Be. Moving. With large waves of enemies in small spaces, you'll need to keep on your toes to stay out of harm's way Utilize the 'techno lava' death pits.

Positioning yourself correctly and utilizing the correct attacks to knock troublesome enemies off platforms to their deaths can be critical to surviving certain waves. Especially with Hulk—grab and toss, grab and toss.

Target prioritization. Whittle down the weaker enemies as you run around the rooms at the start of each wave (because currently, everyone still spawns at once—we're working on that). Finish up with the stronger enemies that require strategic play to defeat and are best handled in isolation.

Use mobility and grapple-focused characters for maximum enjoyment. You can get through them with anyone, but characters like Black Widow, Kate Bishop, Hawkeye, and Ms. Marvel can really flow through the spaces. Grapple is especially good for last minute saves when plummeting towards Techno Lava.

Pay attention to the environments and which moves you're using. Several heroes have moves that will translate them very far while in air, this can often lead to inadvertently landing in a death pit. Switch up tactics/moves in the air to avoid unfortunate deaths until you are really comfortable with the environments and can judge when you are over safe ground or not.

We heard you, and now they’re here. Give a warm welcome to Iron Man and Hulk’s MCU inspired outfits from Marvel Studios’ Avengers: Endgame! Smash and blast your enemies in truly cinematic style. Pick them up now in the Marketplace! 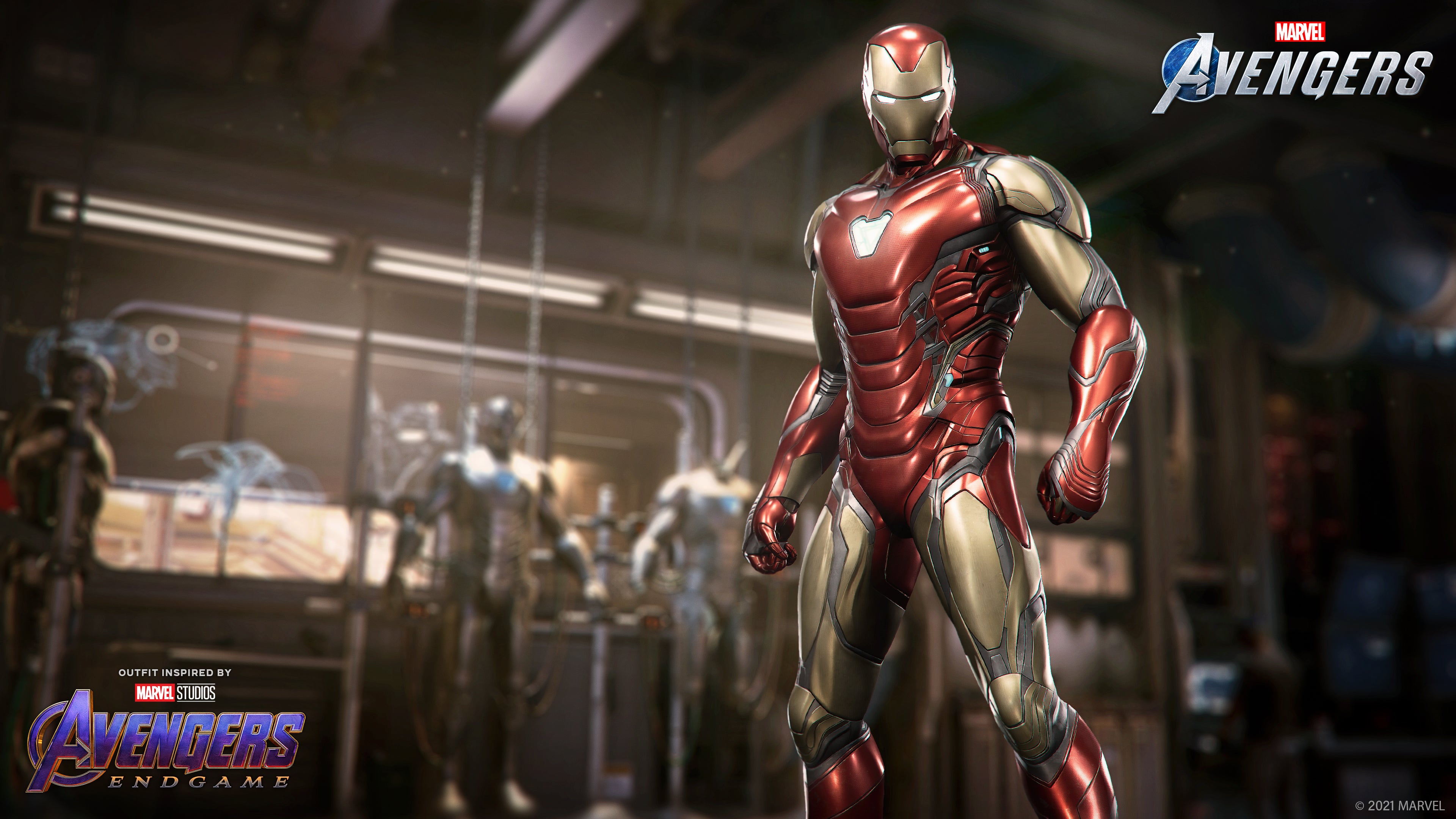 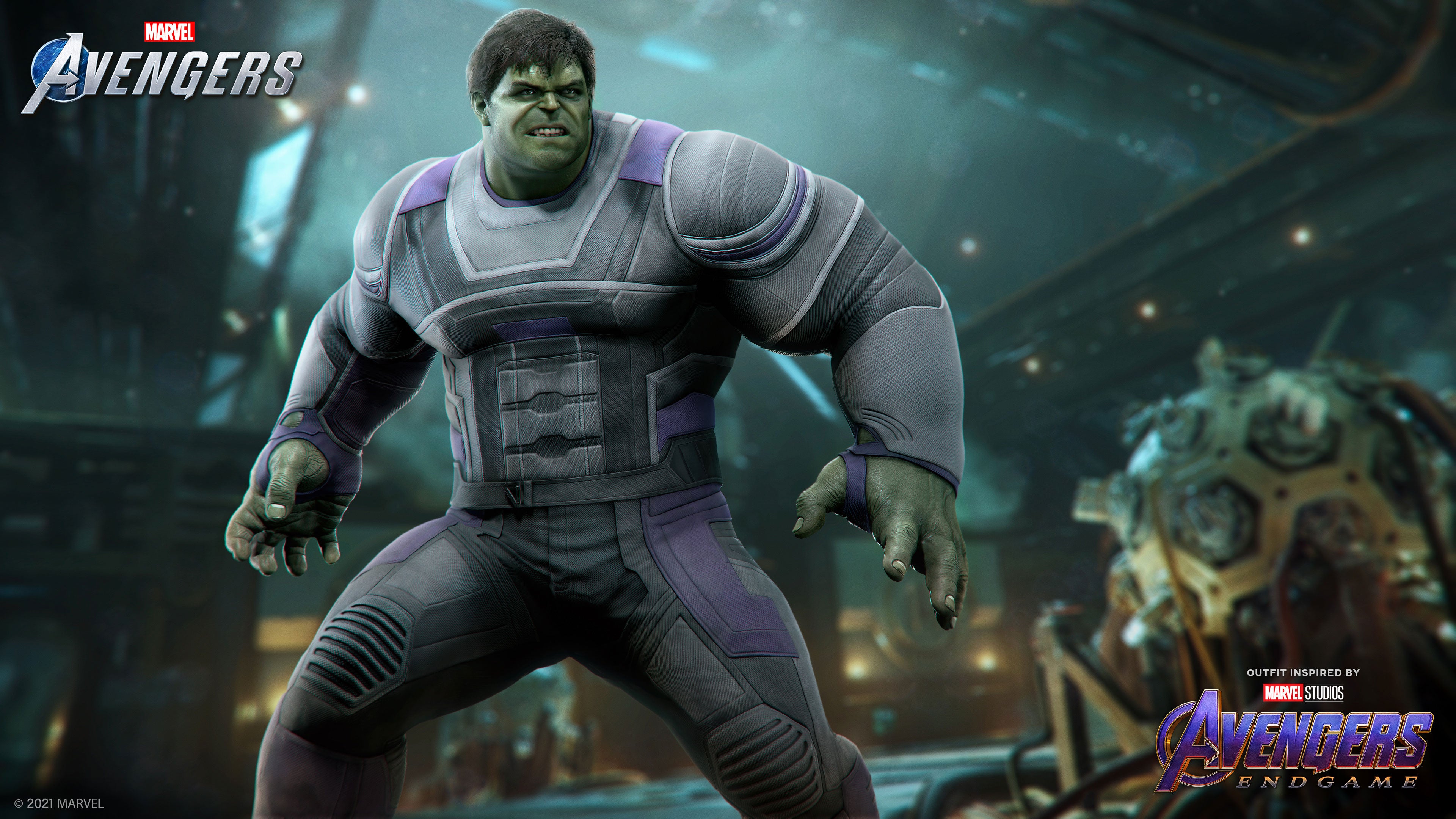 Also making its way to this week’s offerings is the Widow’s Origin outfit for Black Widow! Don the iconic all-white suit and leave your enemies stunned snowblind. 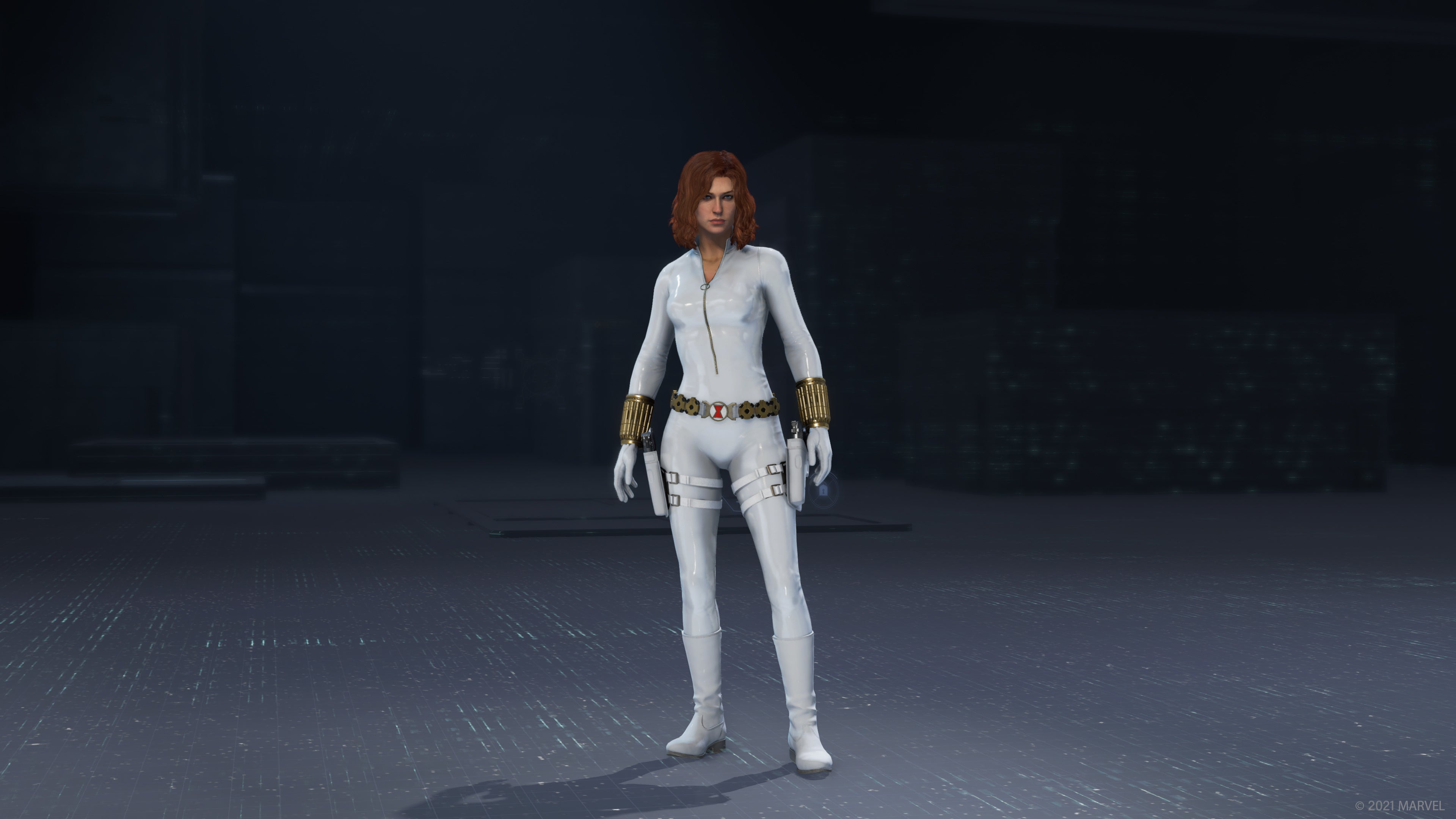 Ms. Marvel stands proud in her new Legendary Future Guardian outfit! We know that Ms. Marvel fans have been wanting this one for a while—get it now! 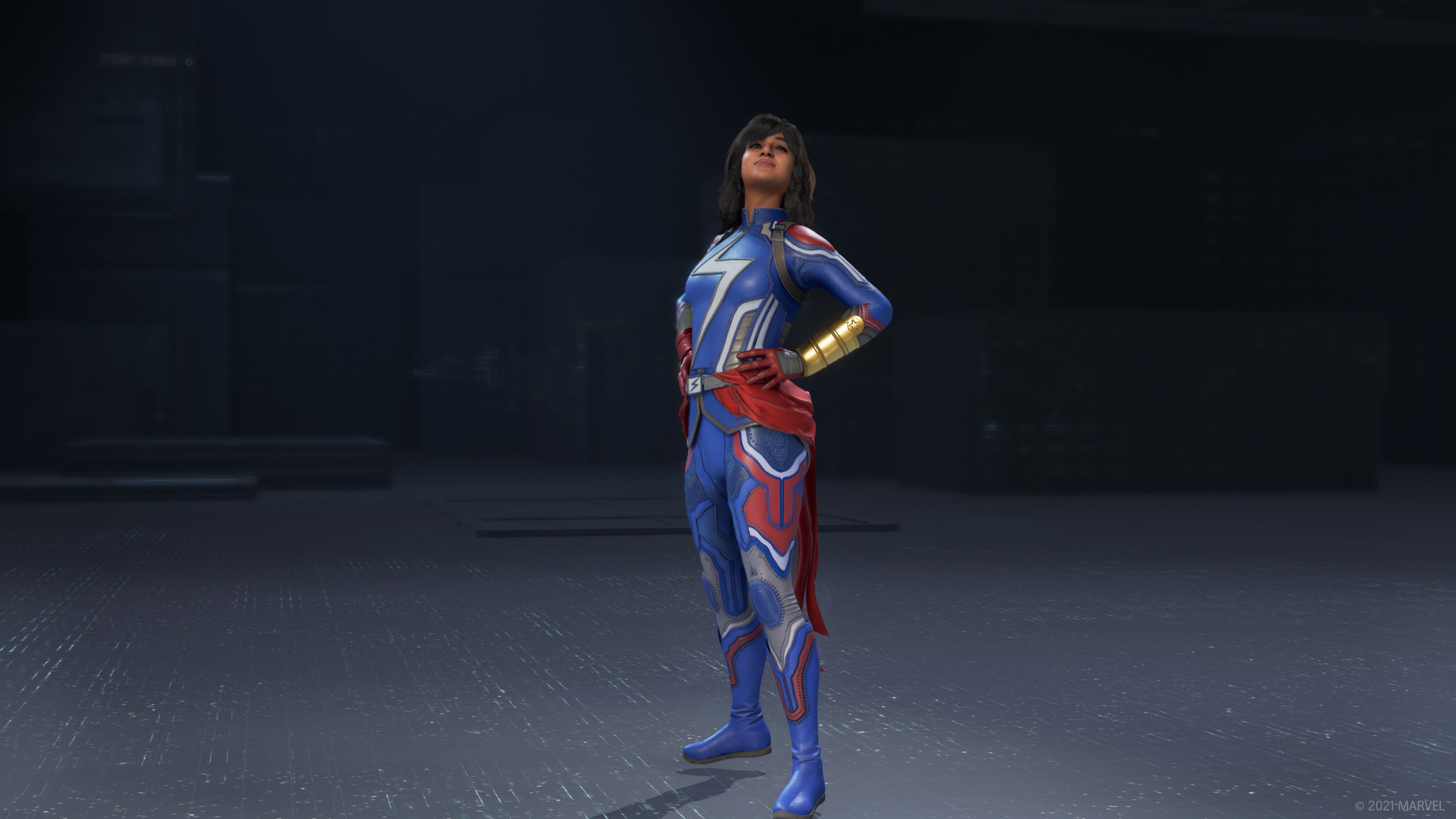 If you’re a fan of the Red Room’s look, make sure you get the second batch of the Red Room animated nameplates! This week rounds out the set with the nameplates for Thor, Clint Barton, Iron Man, and Ms. Marvel. He might be a big green angry machine, but... he still has an M.D. and PhD. Pick up the Doc Green outfit and make sure no one forgets it! 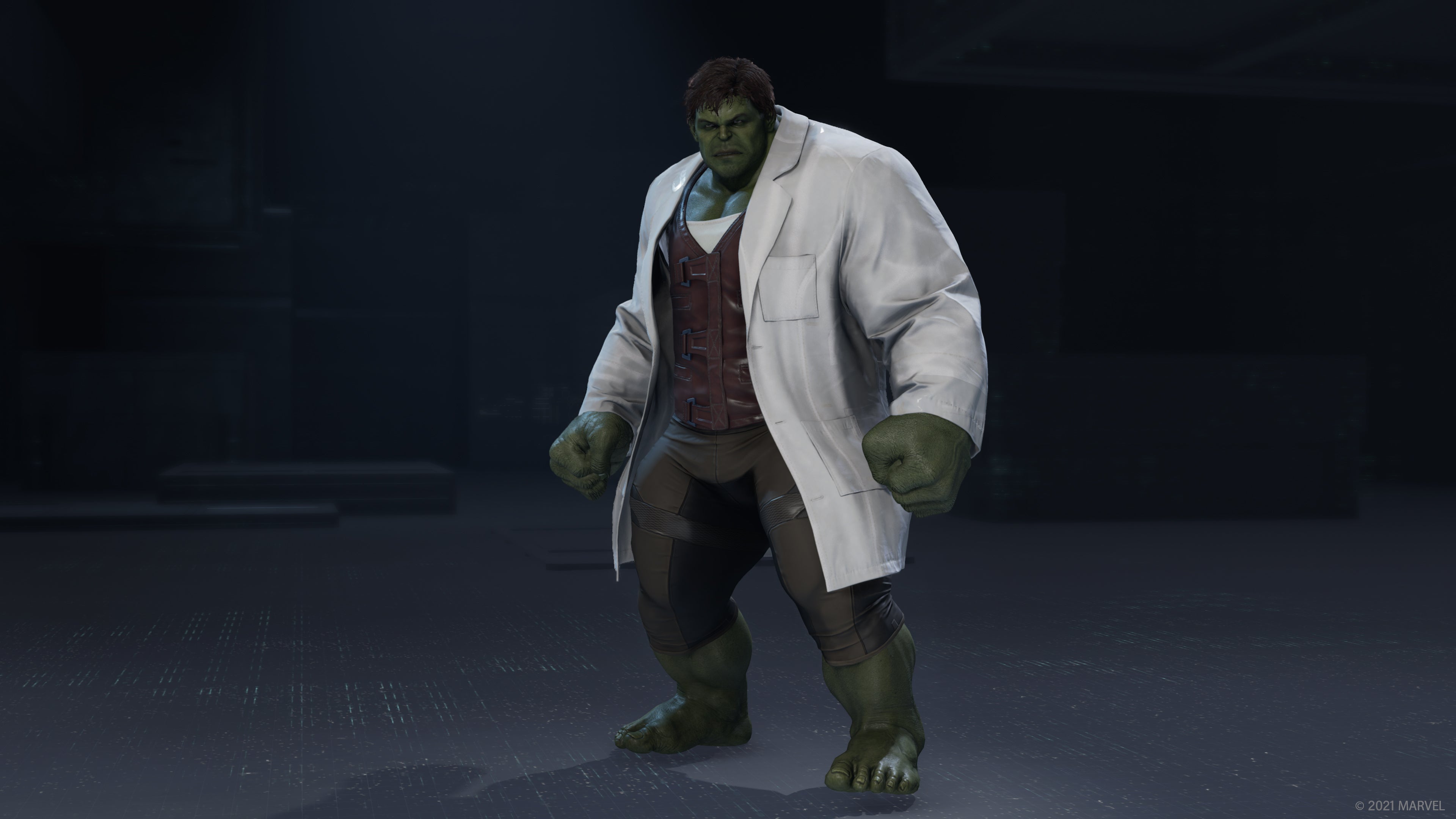 Finally, this week had not one, but two free offerings in the Marketplace! Pick up the MODOK Nameplate, and a 3 Day XP Booster free of charge! 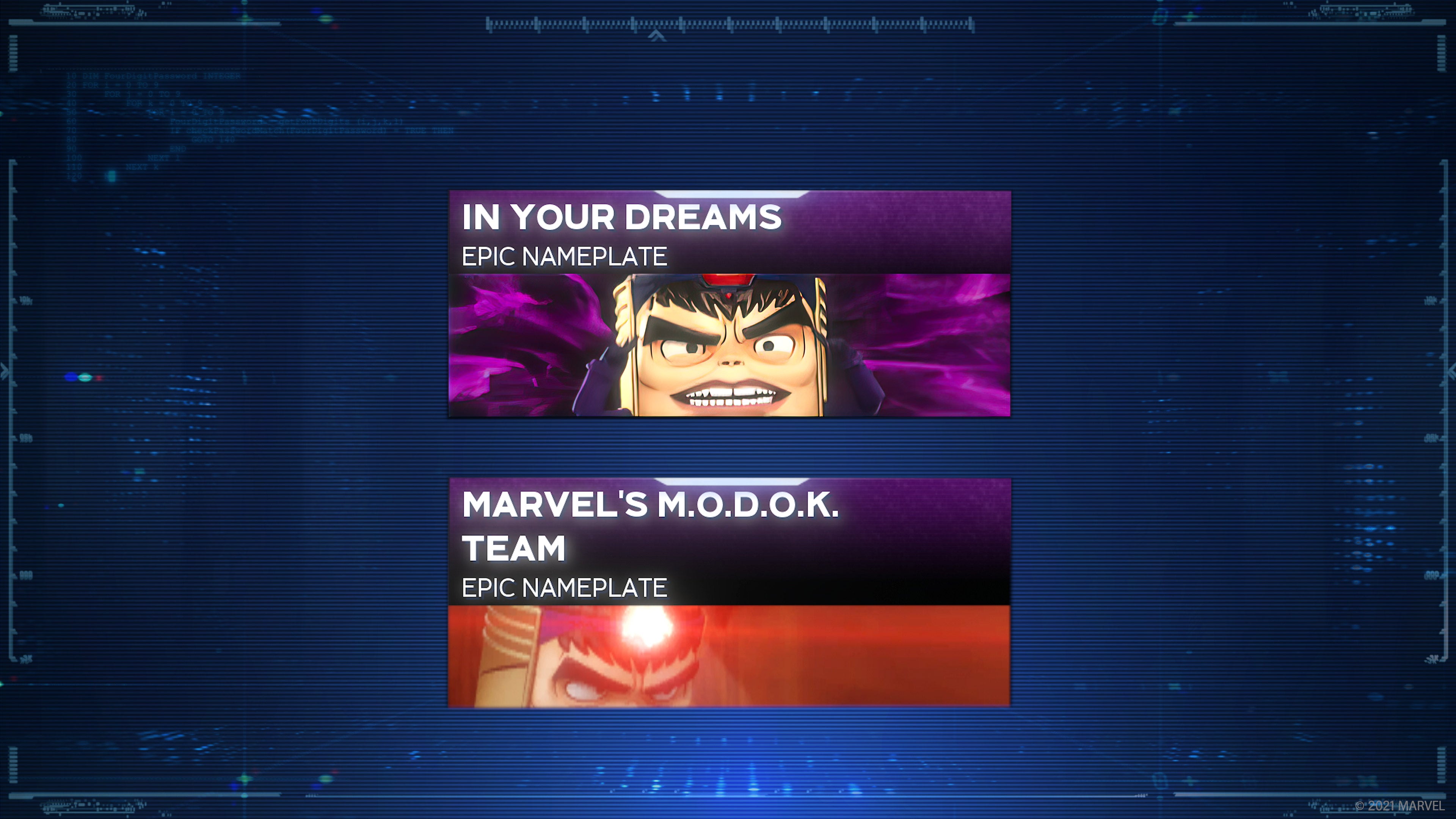 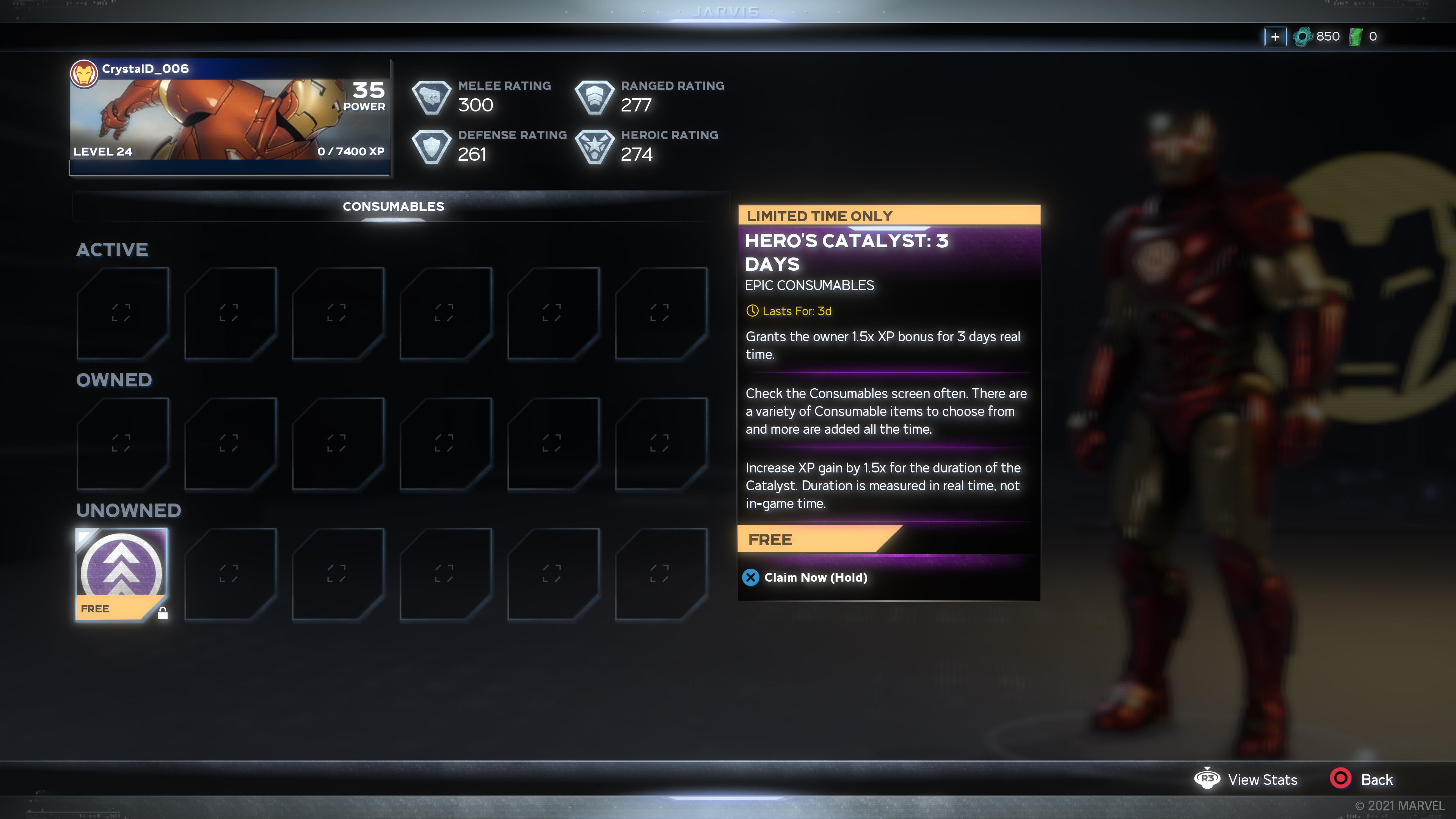 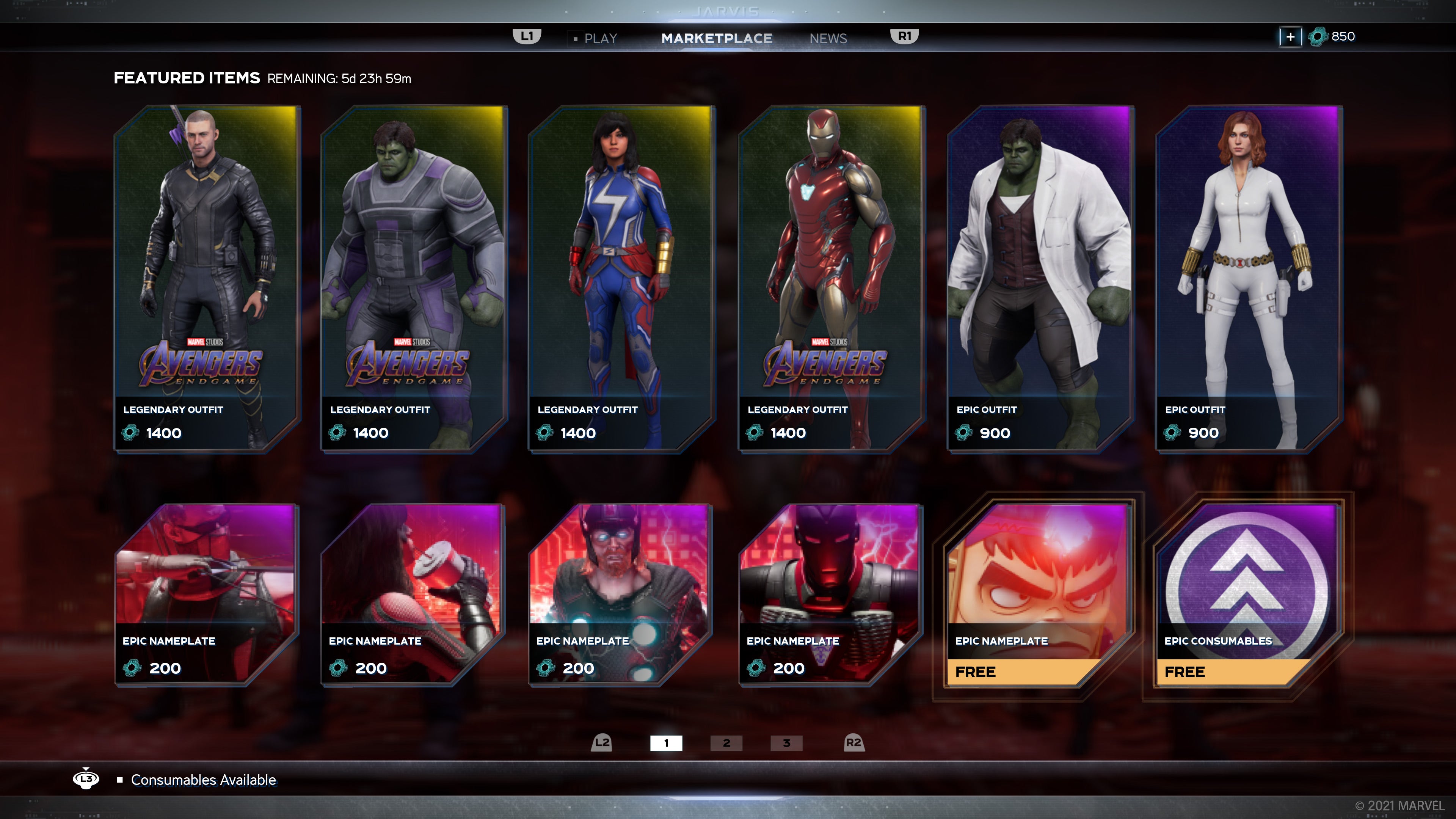 Last Friday, we had Senior Designer II Mike McTyre on stream to talk about the Red Room Takeover event and the Champion System! Watch him go into detail on that HERE!

We pulled up our virtual chairs and sat down with Johnny Rawker for a quick interview!

My name is Johnny Rawker and I am a full time Marvel content creator on Twitch. I’m a lifelong comic fan & I’ve been a career musician most of my life, but the past 18 months of streaming has been an amazing ride and Marvel’s Avengers provides the adventure!

The Rawker Squad first and foremost has become family. We share a love of all things Marvel, and always go out of our way to make new Marvel’s Avengers players feel welcome, accepted, and the biggest part of what we do. Couldn’t be more proud of them.

3. What can everyone expect from watching your streams or videos?

I do my best to provide an entertaining as well as educational view into the world of Marvel’s Avengers, and have all the fun along the way. No matter if we’re hunting those tasty exotics, or helping new friends do the things, it’s always a good time!

4. Why did you decide to stream Marvel’s Avengers or create content for it?

I knew from day one that Marvel was going to be the primary focus of my stream, and we started out with Marvel Ultimate Alliance 3. It was a fantastic game and a great way to start building our community, but Marvel’s Avengers has been the next level in every way. There is NO better way to experience all the awesomeness that is Marvel with friends. Marvel’s Avengers is the way!

5. What’s one of your favorite moments in Marvel’s Avengers that happened during a stream?

We did a marathon stream on launch day, focusing on the campaign. Being a lifelong Iron Man (and Heavy Metal) fan, I was absolutely blown away with how much I felt like Tony Stark himself as we blasted off into space with Iron Maiden in the background. Still gives me chills to think about!

6. Do you have a schedule on when you stream or post videos?

We stream 4 days a week, Thursday-Sunday starting at 8am Eastern Time, with an occasional bonus stream on off days.

7. If you could have two superpowers, what would they be?

I know it’s typical, but I have to go with flight and energy beams! What’s cooler than flying into the battle and blasting baddies with your favorite Rock N Roll soundtracks? It just doesn’t get any more cool!

8. Where can everyone find you on socials?

You can find me @JohnnyRawker on Twitter for all my daily ramblings and adventures.

I’d like to thank Square Enix & Crystal Dynamics for creating the Marvel sandbox I’ve dreamed of since childhood. Saving the world on the daily with my friends has never been better, and the future has never been brighter! Thank you for letting me be a small part!

To honor the Red Room, this week’s community spotlight features fantastic shots that make use of the fiery, ominous, energetic color of red! 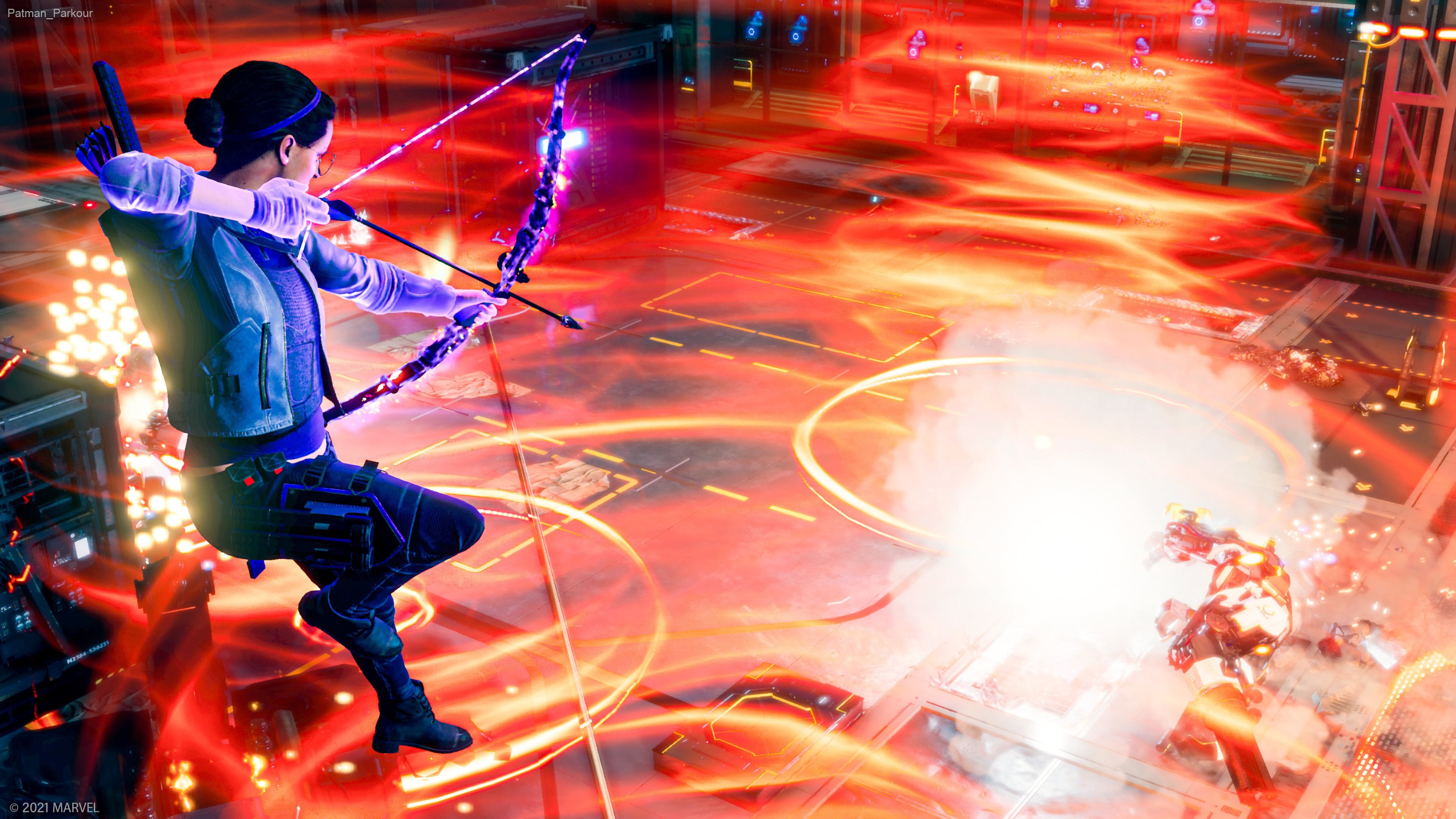 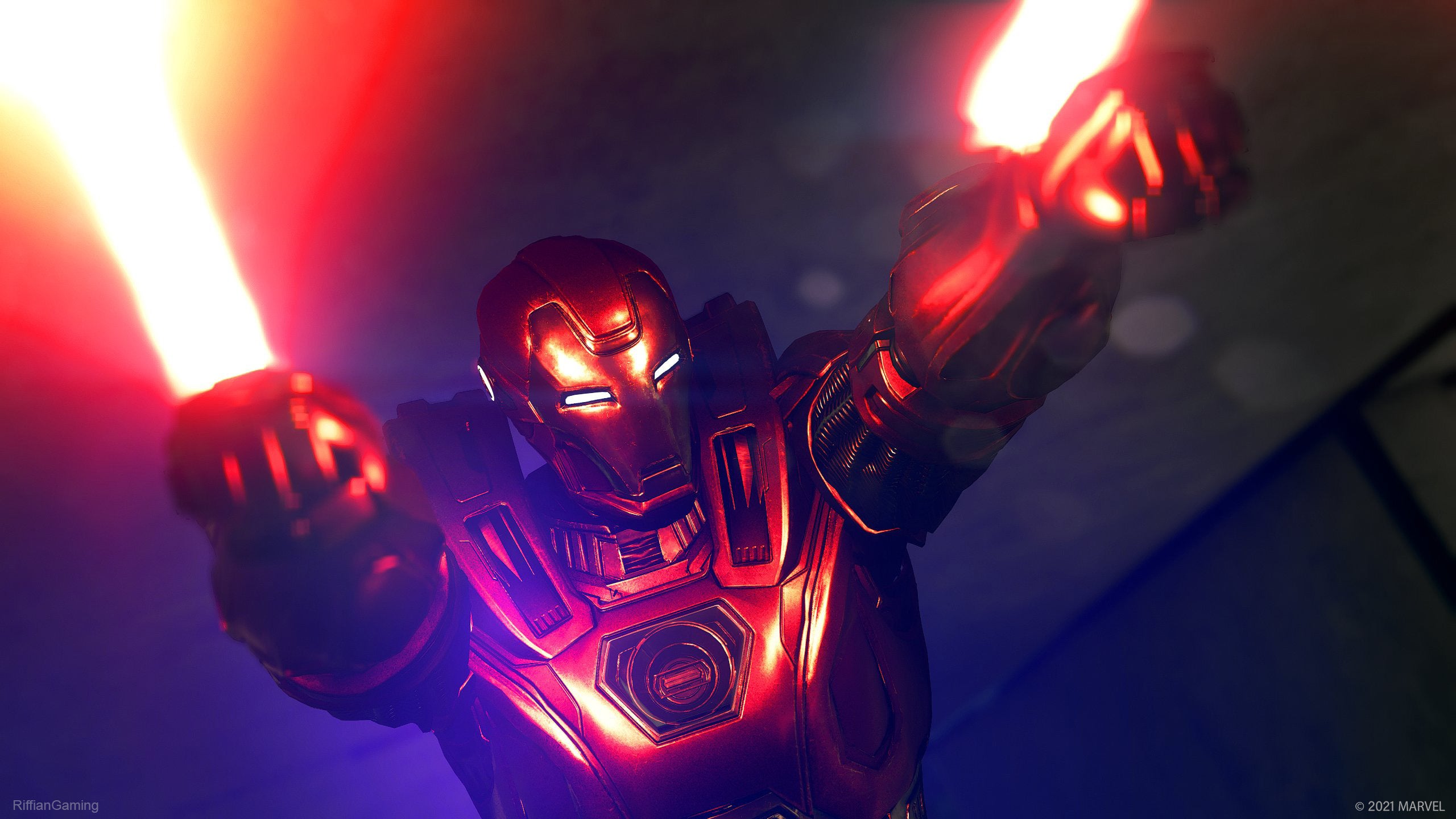 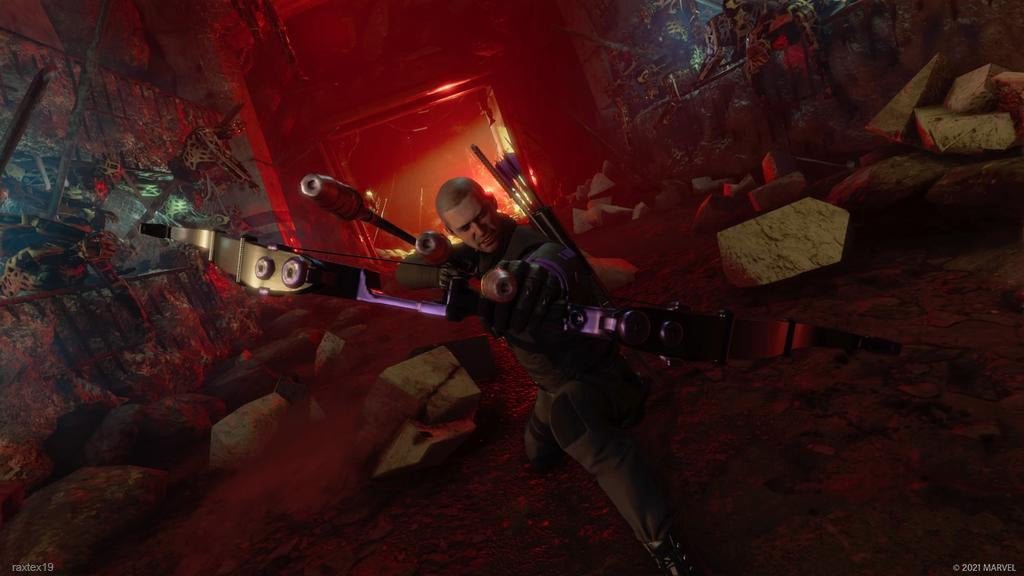 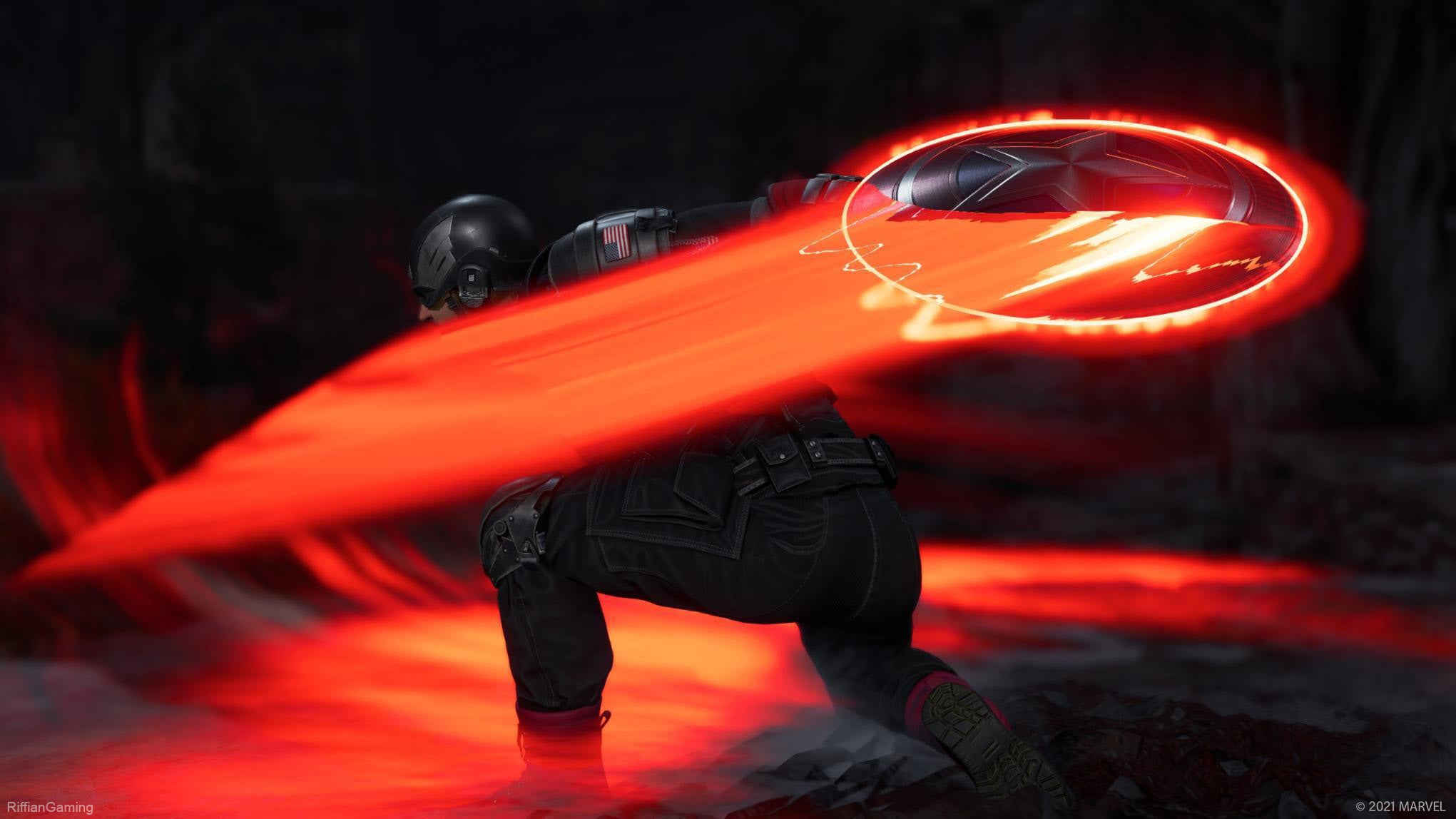 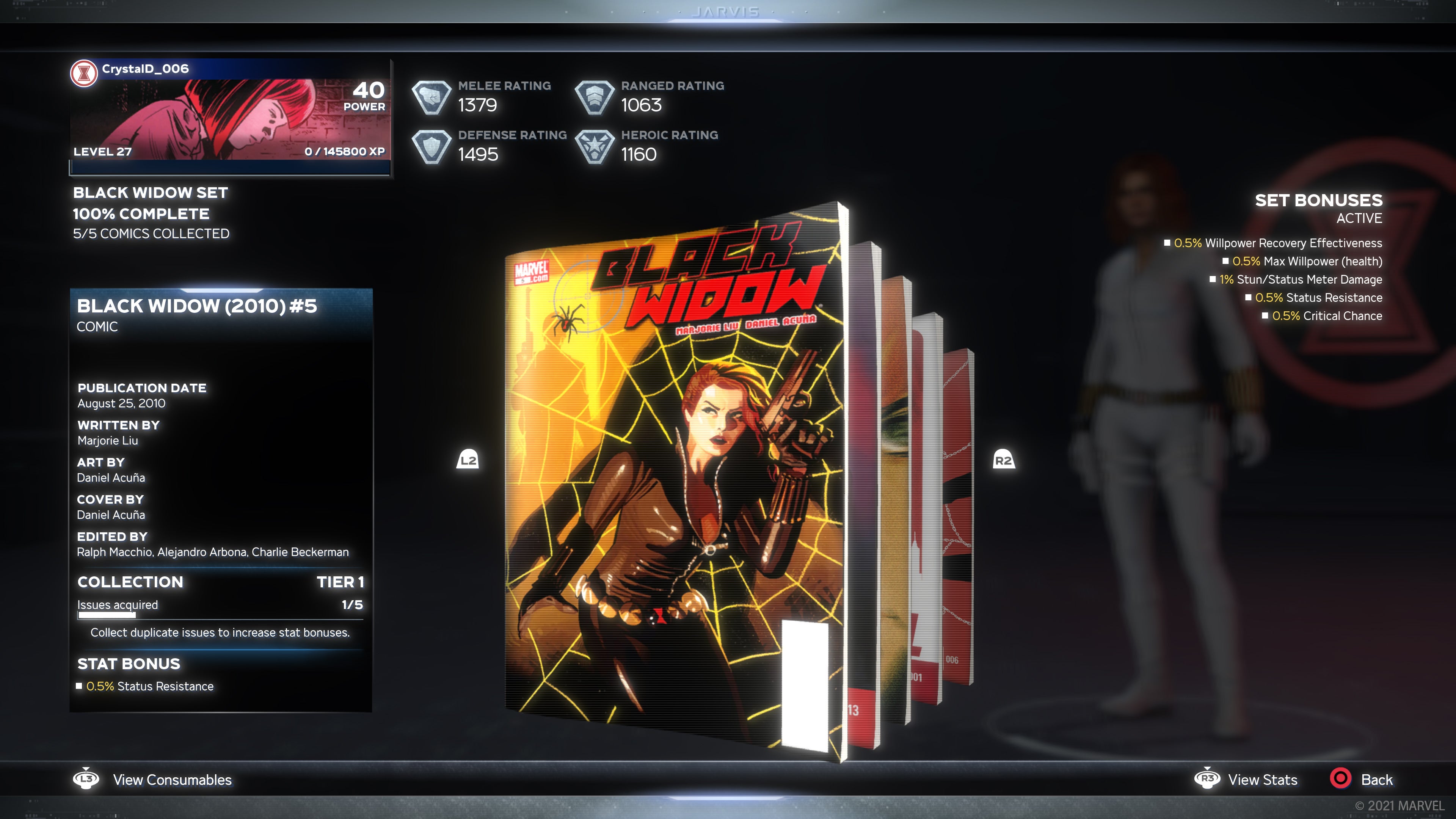