We’re excited to announce that Marvel’s Avengers on Xbox One, Xbox Series X|S, and Windows PC platforms is available with Xbox Game Pass as an Xbox Play Anywhere title starting today! Your save game and all progress is compatible between the Xbox and Windows PC platform versions, and transfers of your save game happen automatically as a part of the Xbox cloud platform. Read up in more detail HERE!

This week brings our Quad XP event! From 9/30 - 10/4, all XP is quadrupled! Our Hero Catalyst XP boosters are additive to the 4x boost during this event. All aboard the XP gains train—which Hero(es) will you choose as your conductor(s)?

Standing tall, even with the weight of half of all life in the universe on his shoulders. Inspired by the Marvel Cinematic Universe, Captain America's "Marvel Studios' Avengers: Infinity War" Outfit is available now in the Marketplace! 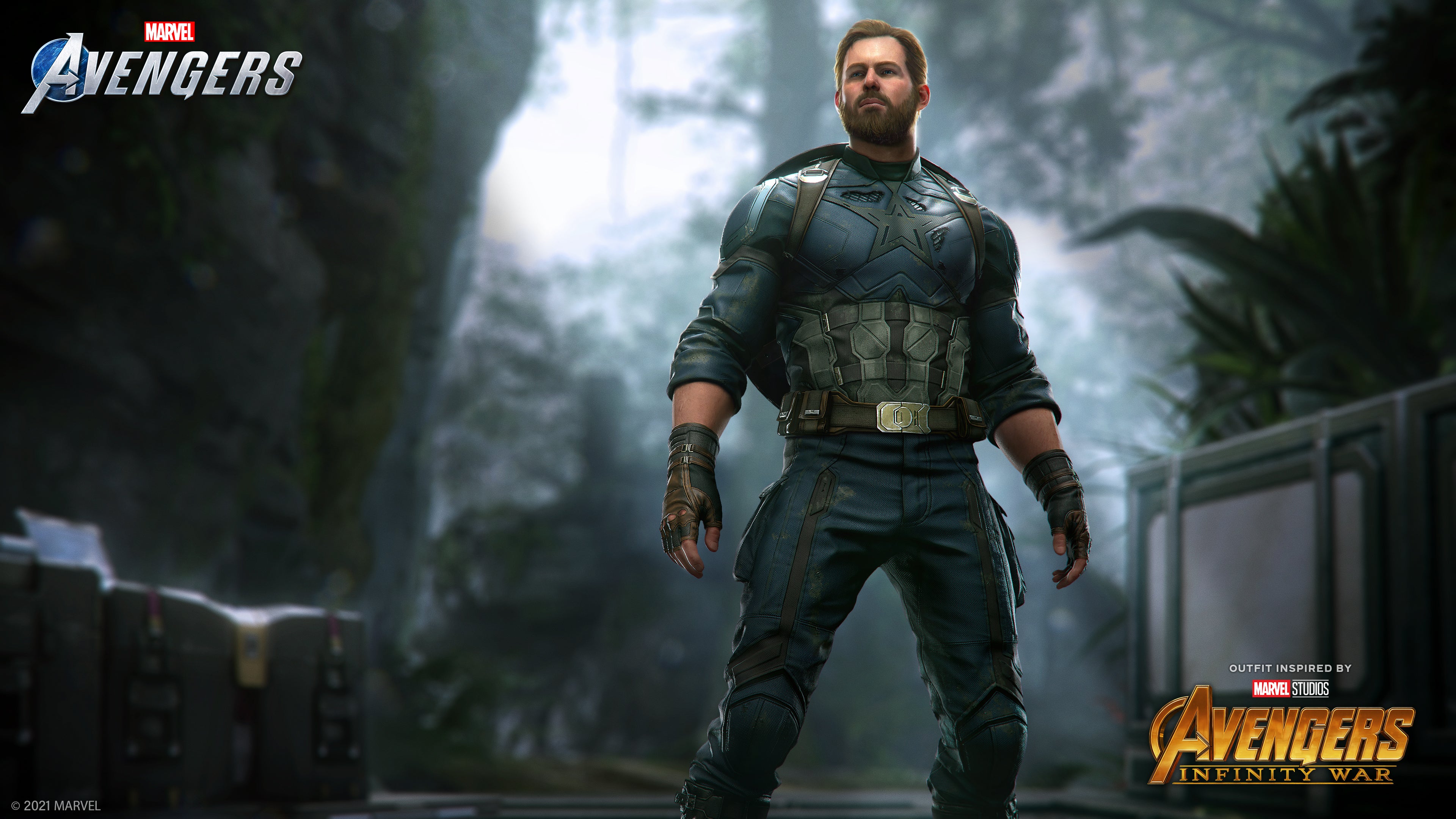 Yeah, he’s still here. Still the coolest. Inspired by the Marvel Cinematic Universe, Iron Man's "Marvel Studios' Iron Man" Outfit is hovering in the Marketplace for its second week! Anyone have a cheeseburger? 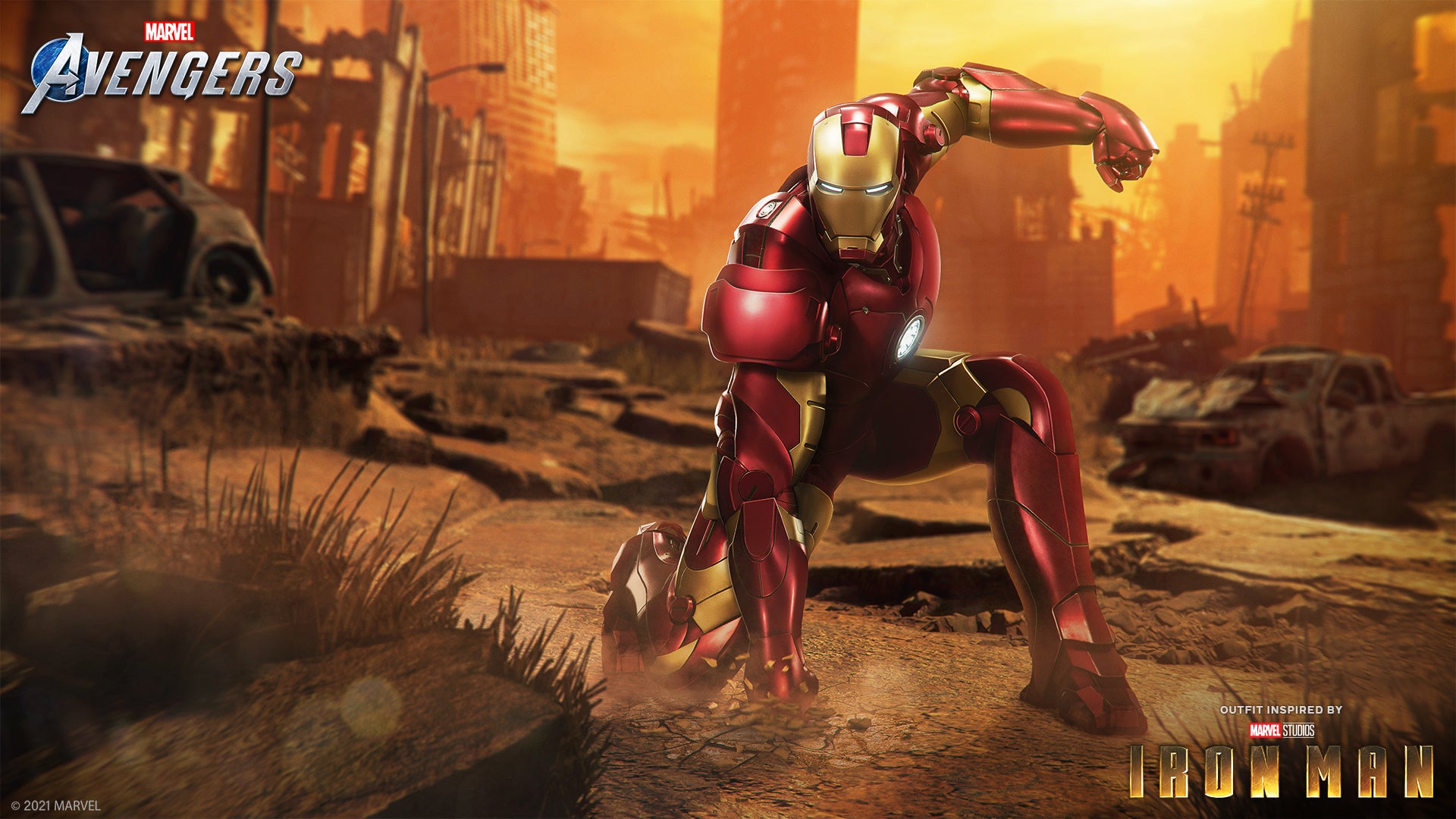 Flashback Bundles for Ms. Marvel, Captain America, and Thor are available, as well as some fan-favorites coming back around again for Hulk, Hawkeye, and more! Check out the offerings for any snazzy suits you may have missed. On the topic of Bundles, this is the last week that the Avengers Federation Outfit Bundle will be available in the Marketplace! 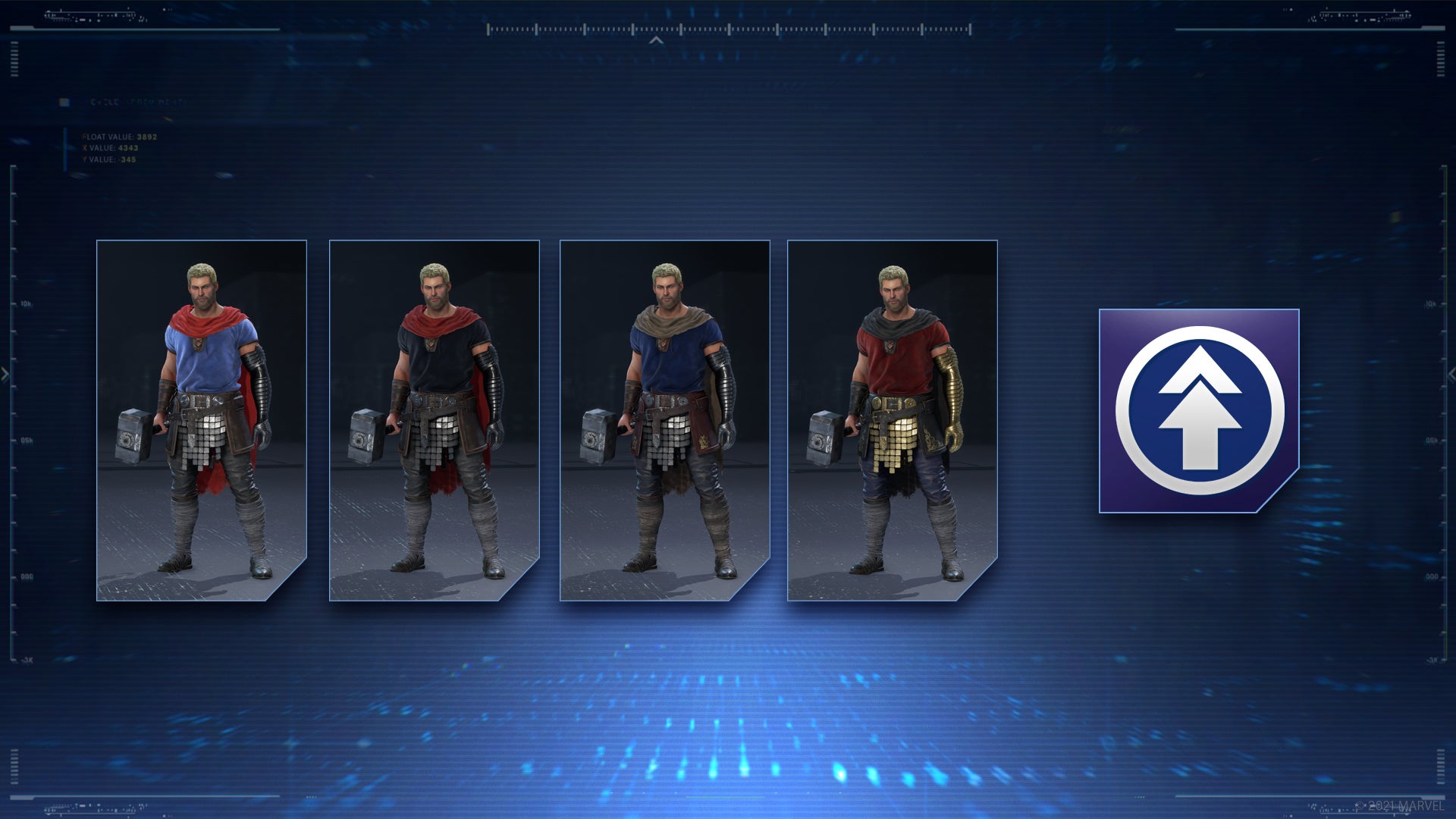 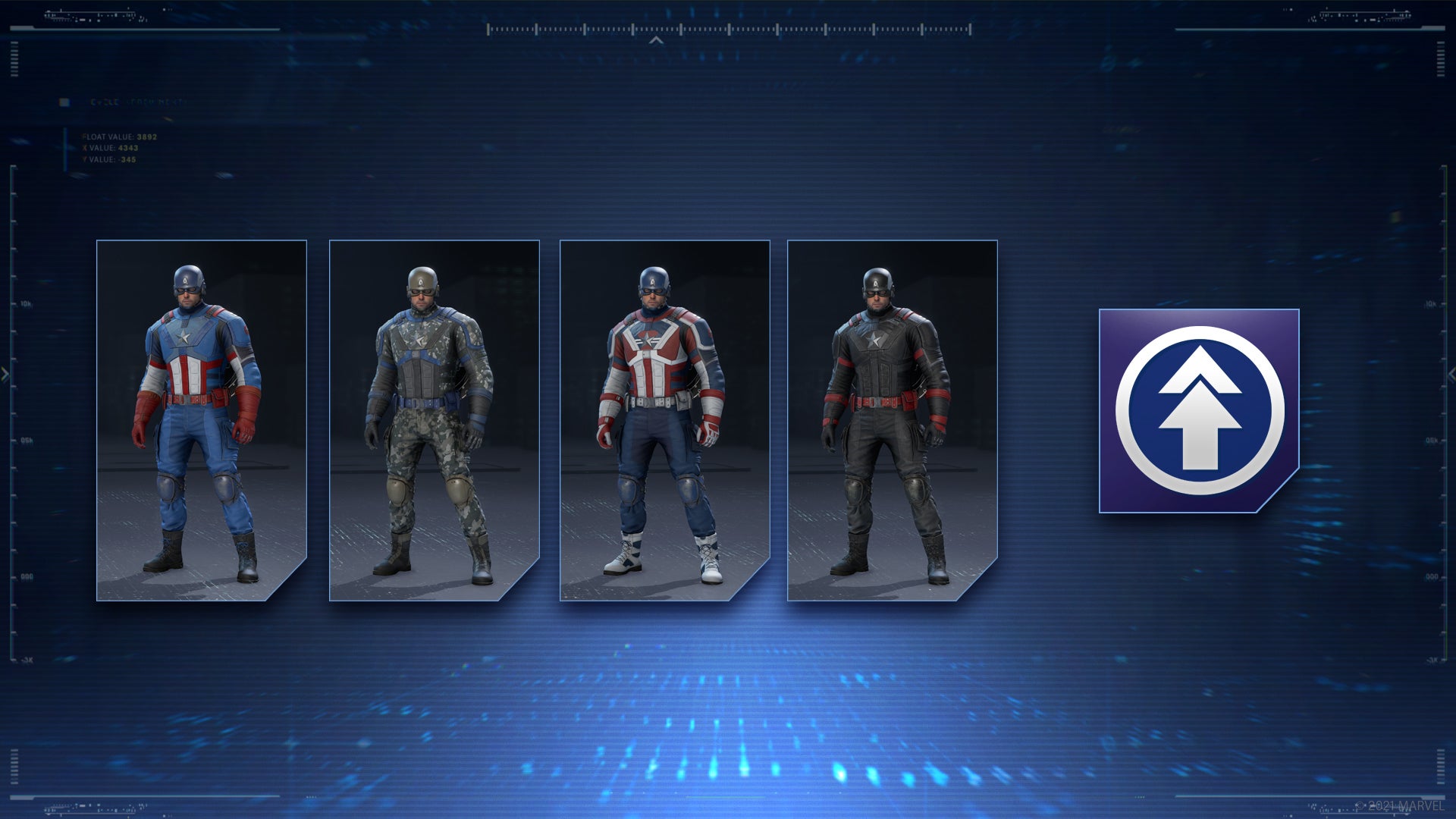 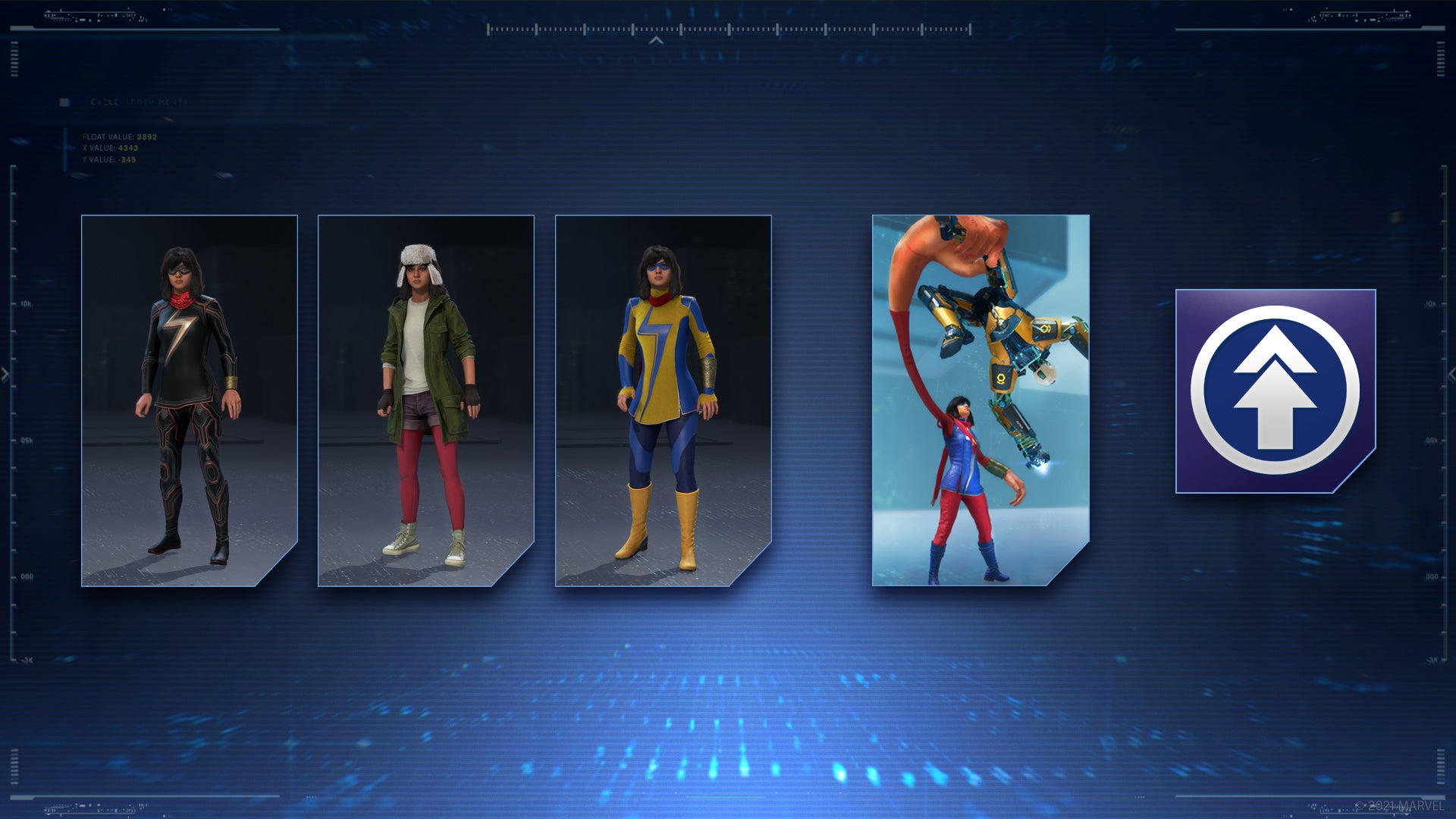 This week’s free item is a two-hour Fragment Extractor! Don’t forget to pick it up! 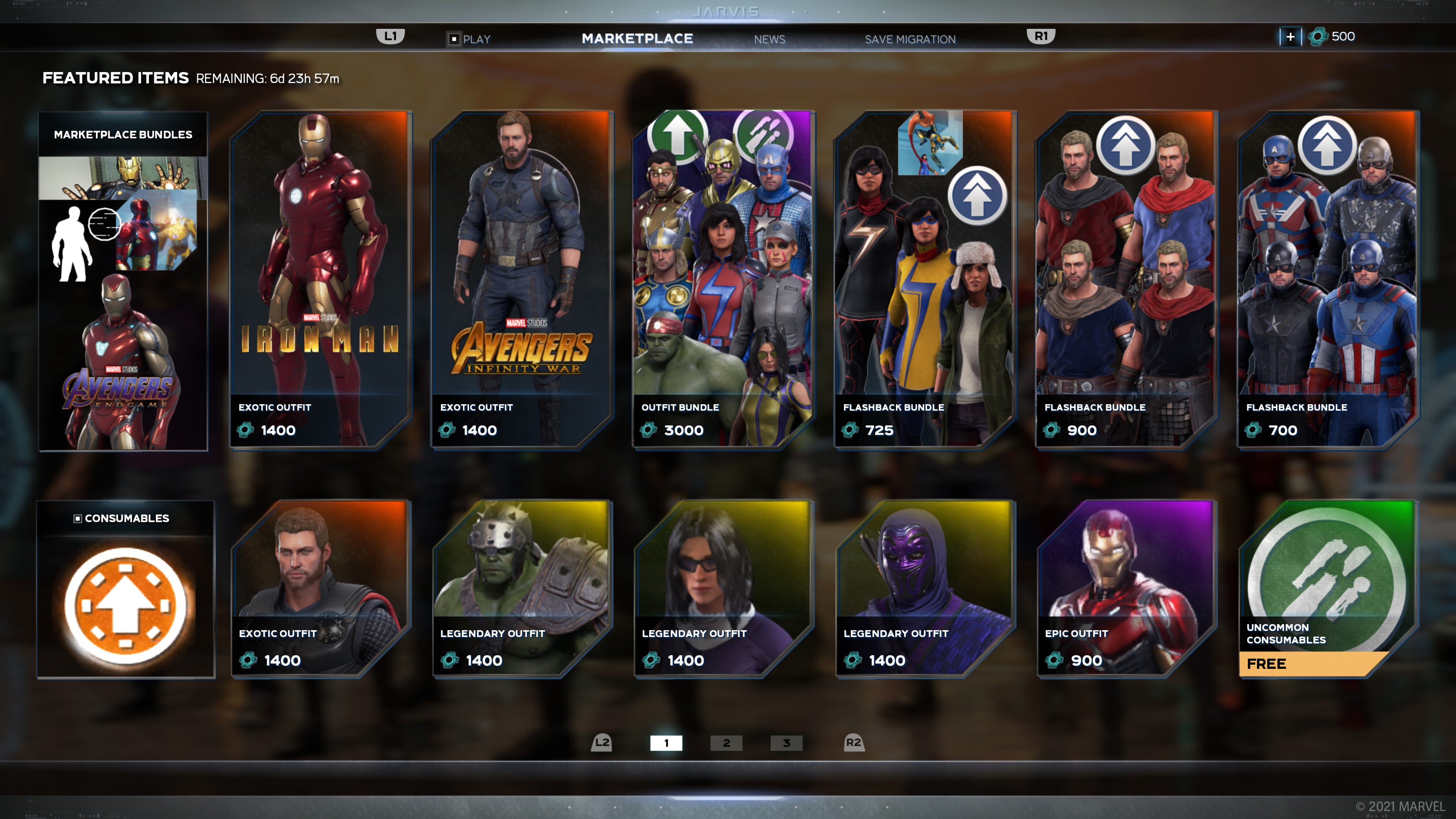 We pulled up our virtual chairs with our Senior Producer Dan Matlack to talk about gaming and working on Marvel’s Avengers!

1. Can you give us a quick introduction about who you are and what you do on the team? What have you done on Marvel’s Avengers? (that you can share!)

I am Dan Matlack, Senior Producer for the Player, Enemy, Traversal (PET) team on Marvel’s Avengers. I started at Crystal Dynamics in March of this year and have focused on the War for Wakanda Expansion and now am working on our future roadmap releases for this year including Spider-Man and the new Klaw Raid.

2. Besides Marvel’s Avengers, what other games have you worked on, and what was your role on those projects?

Most of my past games experience comes in AAA shooters from Desert Combat back in the day to Frontlines: Fuel of War, Homefront and then spending multiple years working for the US Military doing secret training games to help warfighters find and defeat IEDs in combat zones through games as training. I have also worked in the games for educational services in VR with multiple startups for vocational training helping people find and retain solid middle-class jobs with industrial partners. I also spent a number of years with Autodesk developing game engines and working on support for 3ds Max and Maya in the Entertainment division.

3. What led you to working in the video games industry?

I was a restaurant owner and got into modding! I quickly found a love for development and creation of games and eventually landed a job at Kaos Studios in New York City. Nothing is more rewarding than watching your creations come to life and the enjoyment players get out of it when they play.

I think for me the earliest was Atari 2600 – but it wasn’t until the first Zelda came out that I realized a passion for gaming and how one can get lost in an adventure through video games!

5. What do you wish everyone knew about games development?

How many moving people/parts/places/schedules/things really go into making a massive AAA quality game. It’s really quite amazing to see it all come together as one final product – but it’s all the MANY pieces and people that it takes to make that product that is truly the amazing feat and I wish everyone who did not make games could somehow see all of that on a daily basis and how it works. Really gives a new respect for the quality and caliber of games we all play when you know the efforts it took to make them.

6. What is your favorite thing about working at Crystal Dynamics?

Definitely it is the people and culture. Even though so far for me it’s been remote – the developers and management at Crystal are ALL top notch and it’s a pleasure to be in the trenches with them daily and working hard to support this game moving forward.

7. Can you give our community a hint at something fun you’re currently working on?

I think overall for me watching how a new hero or enemy comes together and starts to become playable and testable after months of planning, building, learning, fixing, engineering, art … when you can finally play a new thing – that is super fun. So of course, at the moment for us on PET that includes the future releases of Spider-Man and the new Raid playthroughs.

8. If you could give a prospective Crystal Dynamics employee one bit of advice, what would it be?

Be actively involved in learning everything you can about what everyone else besides you does! Knowing what others on the team are working on, how you can help and how it fits into what you are working is a large part of how we put things together from different departments. Spending some time to get to know some of your co-workers outside your immediate area is not only great for culture at the studio and for your personal career but also really helps pull things together over the course of a schedule when everyone can knowledgably work together!

For me, it’s always been my father. He played professional baseball for a number of years and I followed in his footsteps as well for a brief while and being able to grow up in that environment with a larger-than-life father figure who always supported me gave me the base toolset in life to succeed and the drive to so as well.

Just that I am very glad our community is active in playing and providing feedback! I’ve recently started posting on Reddit and Discord and engaging with some of our players and it’s been a great experience to get firsthand feedback on things that we can then take to the team and find ways to incorporate into our future plans. I think we have a great community and look forward to continuing to support it!

It’s already been over a year since Kate Bishop joined Marvel's Avengers! Check out some awesome screenshots of her captured by our Community using our in-game Photo Mode. Share your artwork on social and tag us @PlayAvengers, and we may feature your epic photos in future blogs! 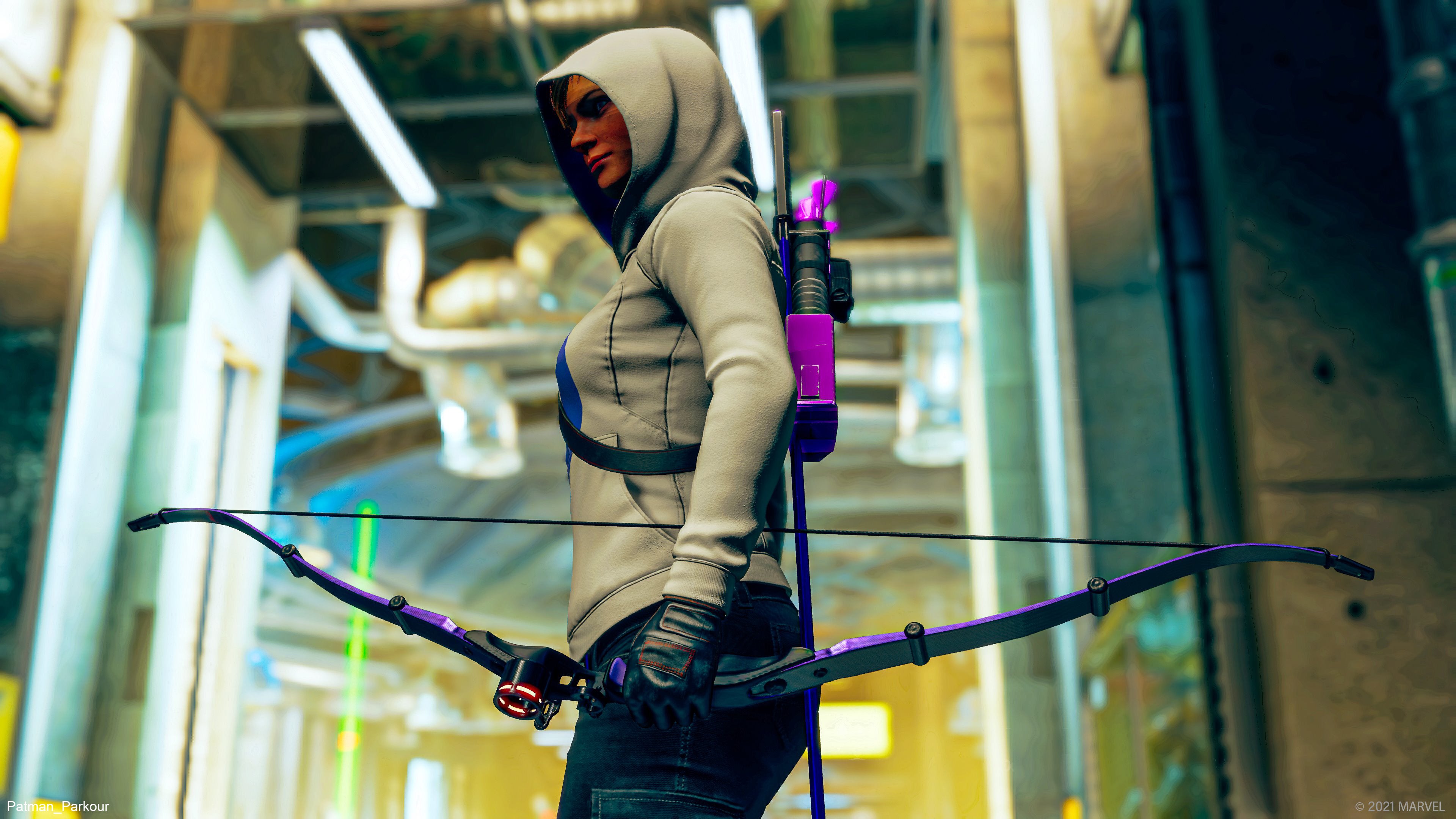 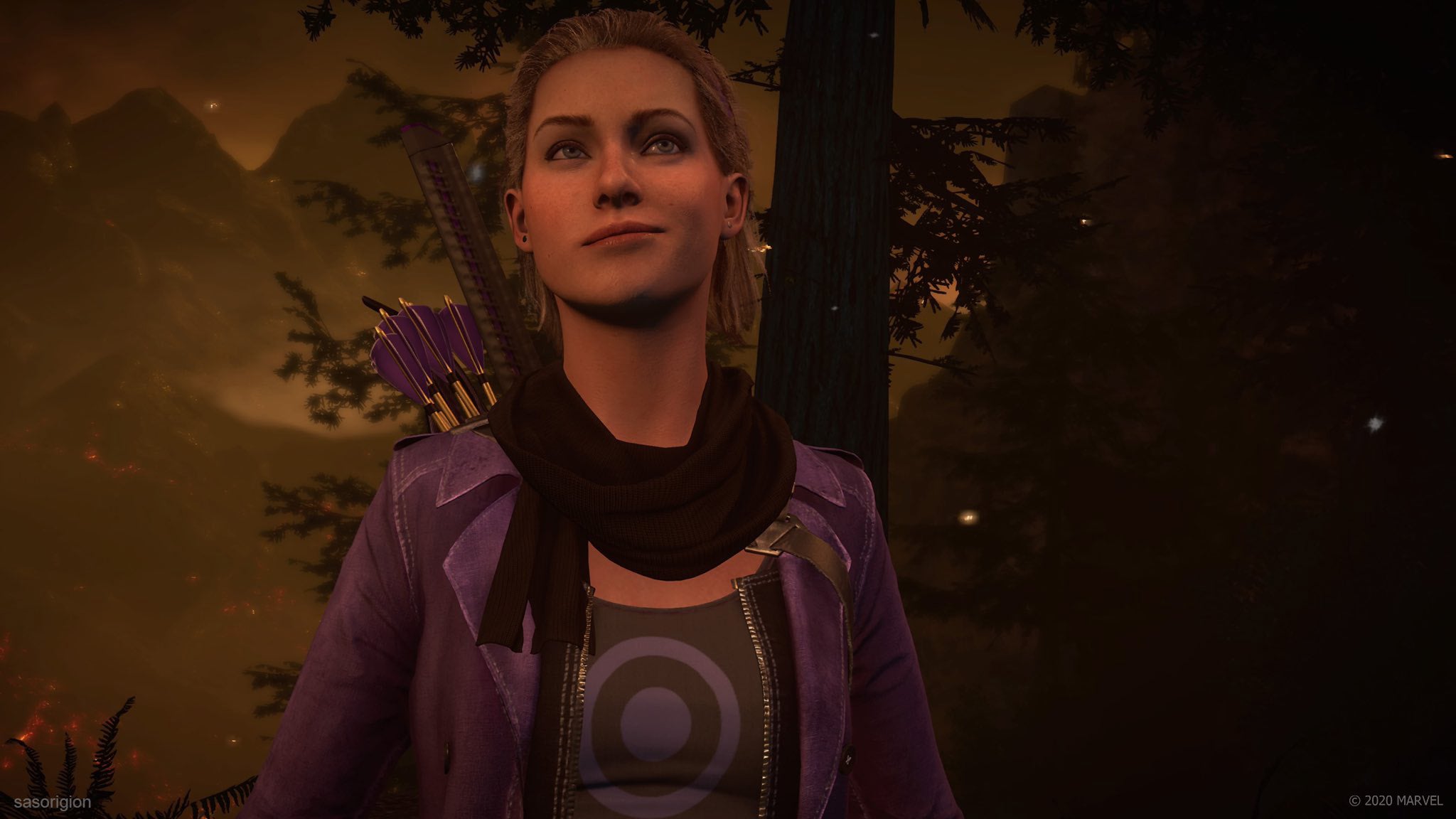 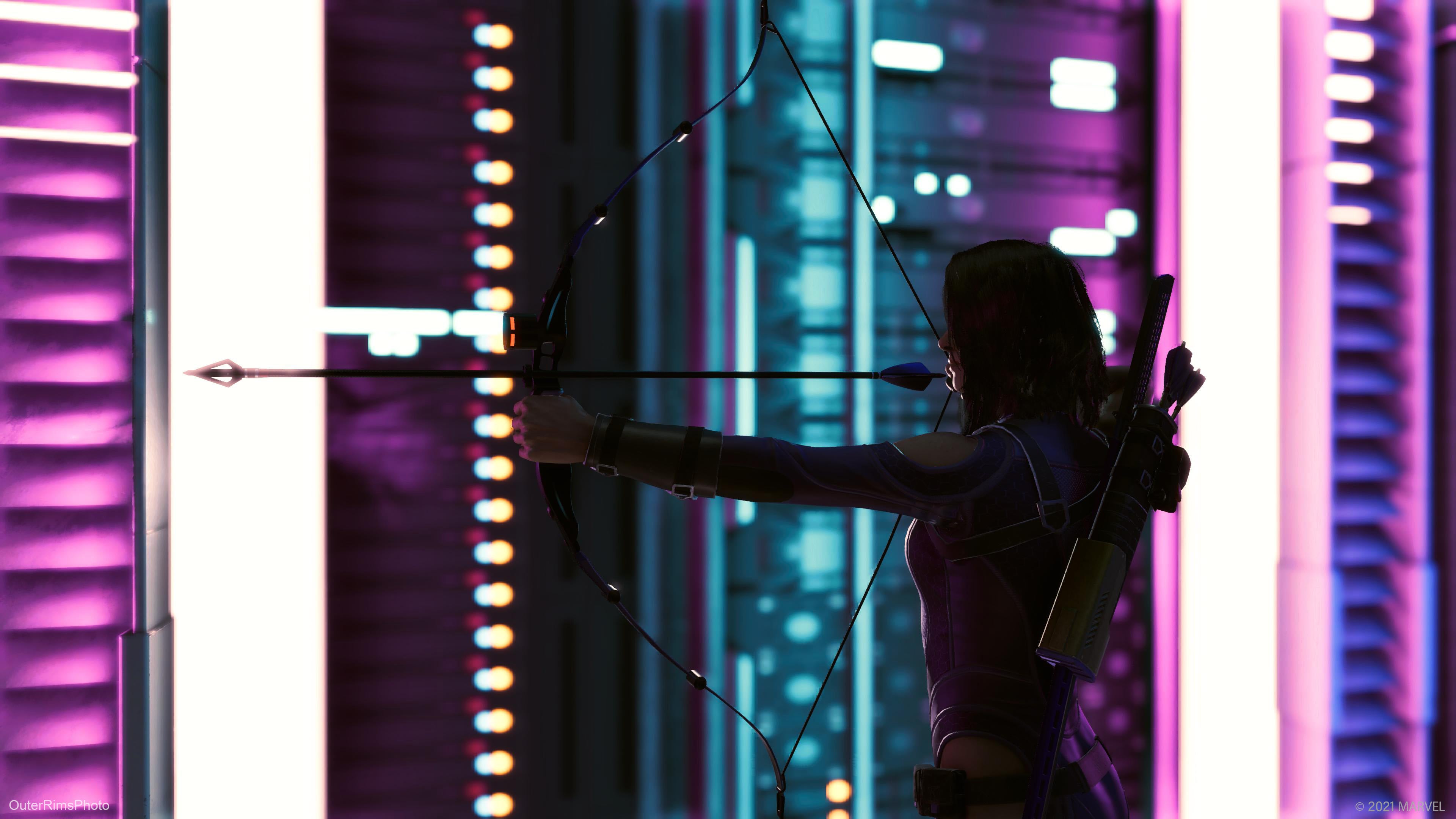