Black Panther: War for Wakanda is out NOW. We’re so proud of our Expansion, and it’s amazing to see you all enjoying it too. (Your Photo Mode shots are awesome!)

This is the last week where you’ll have three chances to get Exotics from the Mega Hive and Omega-Level Threat: Family Reunion. As a reminder, the mission chain resets on Thursday, Saturday, and Monday. In addition, double XP is also ending on September 2nd, so keep the grind going

We know you’ve been asking for an updated Roadmap that looks beyond Wakanda, and we’ll have one for you shortly! It's important to us that when we announce our plans for future content (and there will be future content), they are plans we can commit to. We hope you can be patient with us as we finalize details.

The Incredible Hulk is getting some love in the Marketplace this week with our Hulk Smash Bundle, which includes his Marvel Studios’ Avengers: Endgame Outfit, the Heads Up Hard Fall takedown, an emote, and a nameplate. Captain America and Hawkeye both also have bundles in the Marketplace. 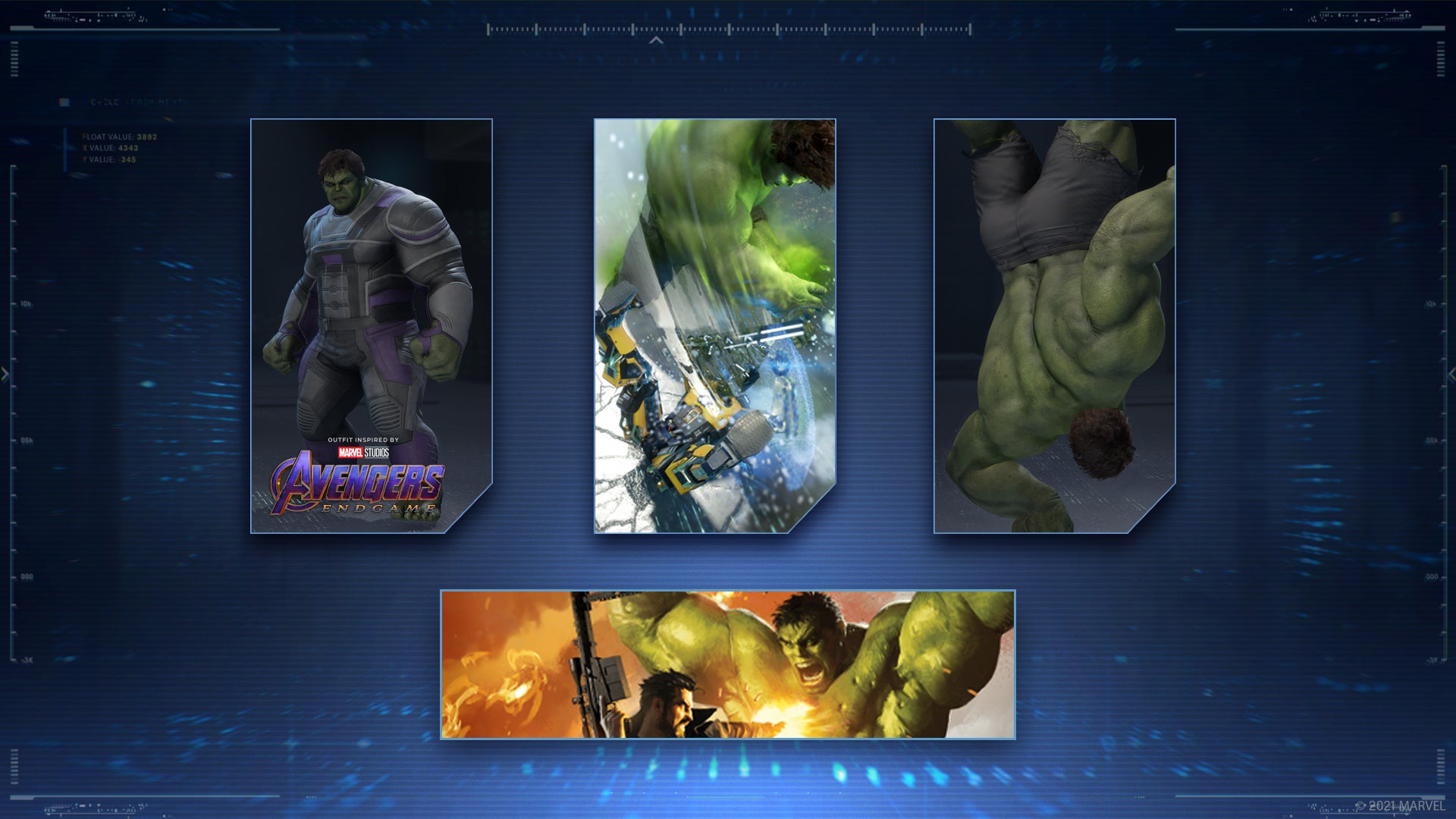 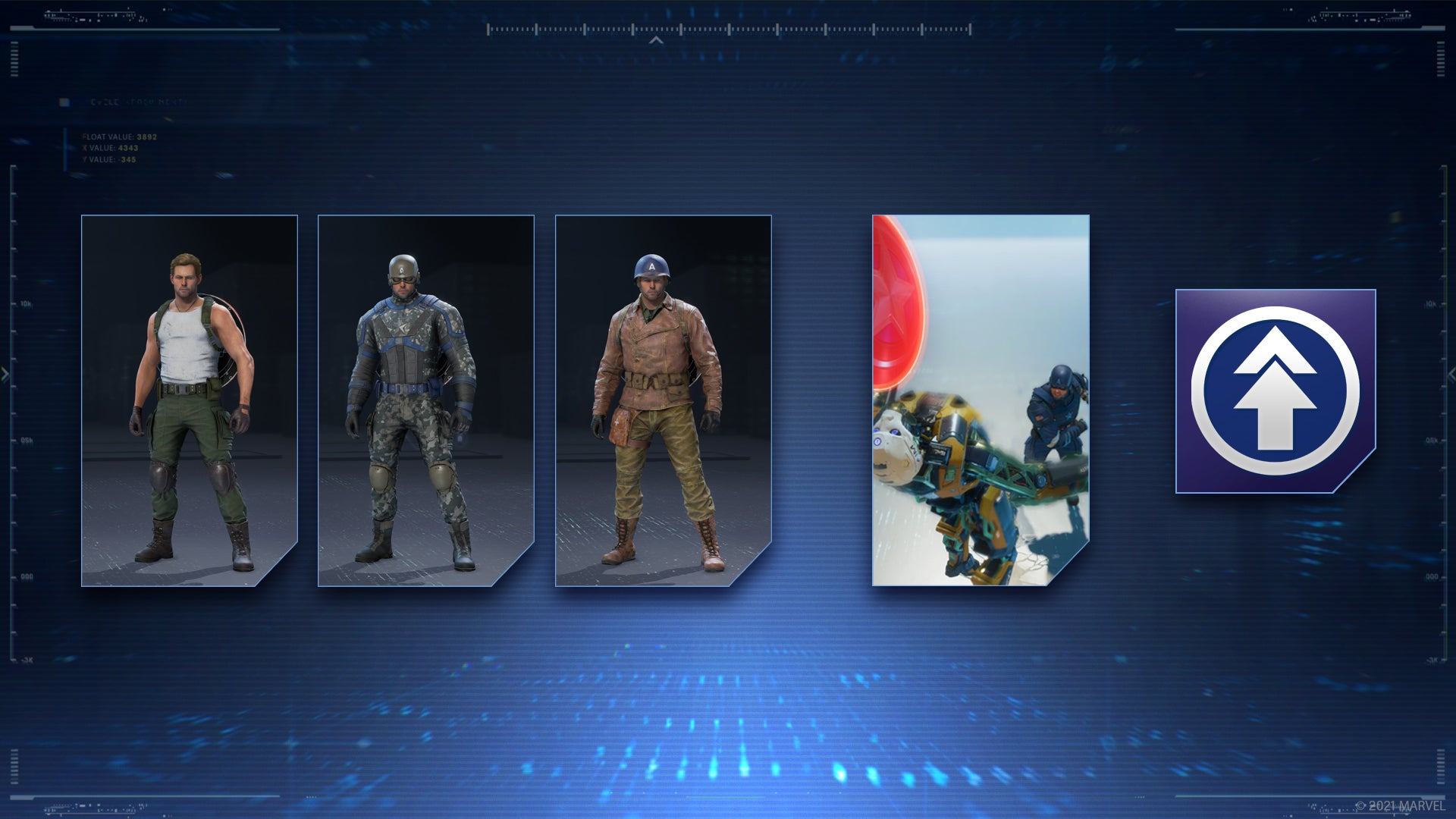 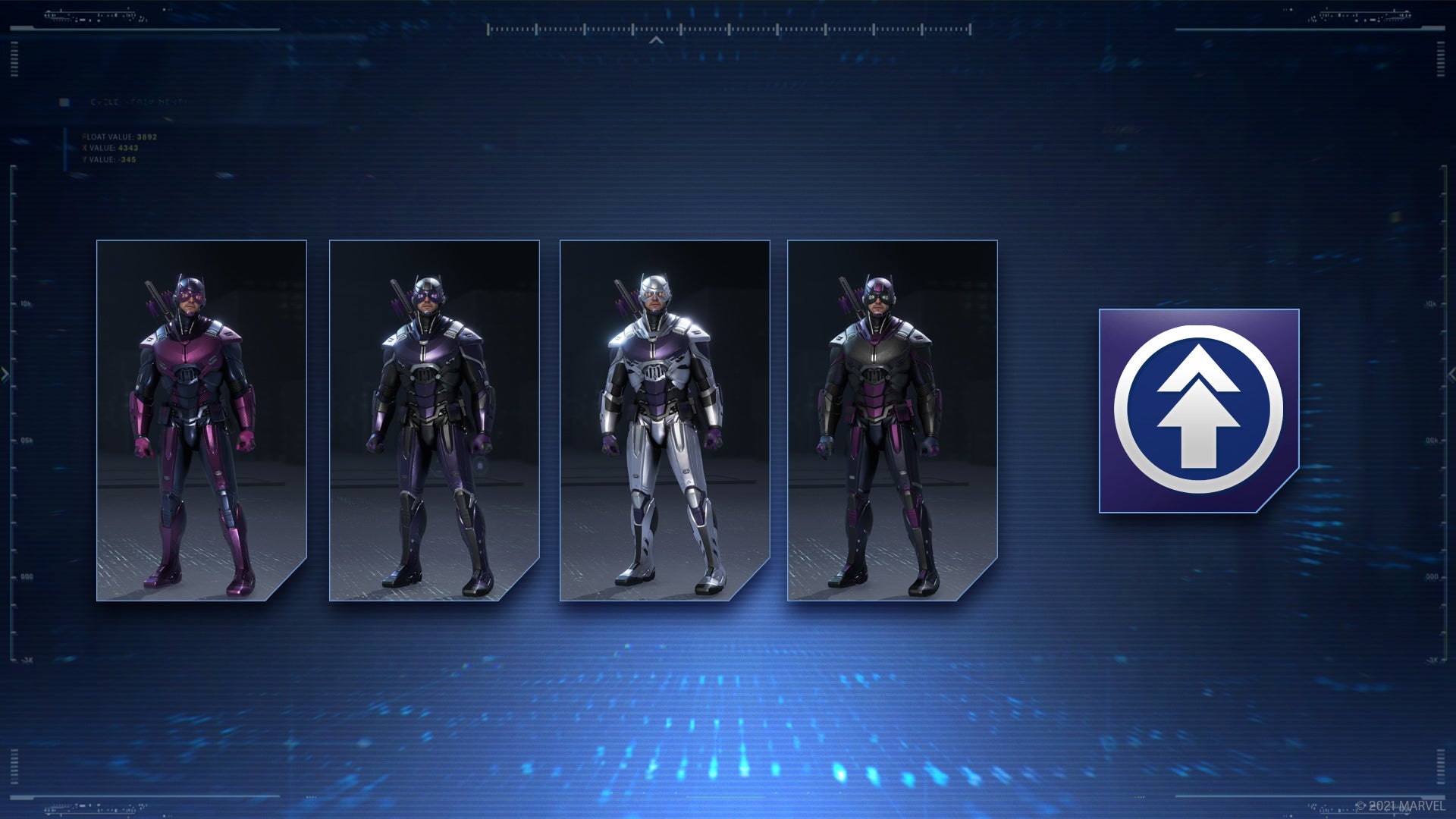 We’re also featuring Black Widow’s Marvel Studios’ Avengers: Endgame Outfit this week, which is inspired by her final look in the movie before she meets her fate on Vormir.

This week’s free item is a free Black Panther to celebrate our Expansion’s launch – make sure to claim it!

Assembling Marvel’s Avengers: Black Panther– If you want more insight into how our team at Crystal Dynamics created the War for Wakanda, read this blog from the Square Enix website.

We pulled up our virtual chairs and sat down with one of our awesome Marvel’s Avengers Discord Mods, Calex!

Hi Calex! Tell us who you are, where you’re from, and what you do for the Community!

Hello, I am the aforementioned Calex – a human, and totally not an AI. I'm 27 and I'm from a small town in the UK, so small, in fact, that it's less than a mile wide. (Just a fun fact I like to tell people aha.) When it comes to what I do in the Community, the answer could get long-winded, but to keep this answer as short as possible, I keep myself as up-to-date on what happens with the game, help assist community members by seeking out and answering their questions, or try my best to get an answer for them. I try to know who the prominent figures of the Community are and those that follow them. I spend a lot of my time collecting feedback and bug reports from the Community on Discord, Twitter, Twitch and YouTube and forward those directly to the Community Team and developers. I also assist in the official Discord server in the capacity of Moderator.

What’s your history with Marvel & Avengers? How long have you been a fan?

I've loved Marvel and Avengers for a long time, but I don't really remember when I got my first comic, or what that comic was, but ever since, I've been drawn towards Marvel's characters. One of my favorite parts of the Marvel Universe is the organization S.H.I.E.L.D.

I guess I've been a fan for as long as I can remember ahaha.

Outside of Marvel’s Avengers, what do you do for fun?

Outside of Marvel’s Avengers, I'm still a gamer and I love story-driven experiences that bring the feels. For the last few months, I've spent time writing, mostly for myself, a small narrative concept for a one-man game design project, which may never see the light of day as it's just a fun little hobby I enjoy. Tackling complex systems like item management and inventory systems has been both a challenge and a highlight of my project, alongside trying to work out how Enemy and Friendly AIs function. I've had an amazing time seeing some of the crazy bugs and issues I've somehow managed to create with my madness of code.

Let’s chat about being a Mod. What are your responsibilities as a Community Mod?

Some of my responsibilities include keeping track of discussions within our Discord server, answering questions from the Community, reading and noting the Community’s written feedback, bug reports, questions and concerns — and then pass those along to the Community Team. The most important thing to me is making sure the Community's thoughts are seen and noted with the team to help make the Community a fun and welcoming place to be and hang out with others that share the same interests and love for the game.

I don't do any of this alone; there are other Community Moderators also spending their free time to assist me, the Community and the developers in creating the best Community and Marvel's Avengers game!

What’s one thing you wish more people knew about being a Mod?

I think one of the biggest things I'd like people to know is that it's not easy and sometimes not that fun ahaha. All Moderators are there to help... they're Community members too, and they spend their free time assisting people as much as possible and trying to be kind all day long, even when it's hard.

What’s the best part about being a Mod?

I think the best part of being a Mod is how social the position is. I truly enjoy speaking to those in the Community and creating a rapport with them over time. It's these interactions that drive me to continue doing what I do.

As a Moderator I'm also able to see a lot of different viewpoints from people from many different backgrounds that all have different ways of thinking. It's great to get to know people through a shared interest. I'm also insanely lucky to be in conversation with the amazing folks of the Community team  they are kindhearted, caring individuals and super hard-working. It's been a pleasure to get to know them – especially Andy. We all love Andy!

When you come across us (Moderators) in the Community, we're here to help you. If you need something from us, want to ask us a question, or need to show us something fun or funky you've found in the game so that we can help pass it along, please do! You can find me on Twitter or in the Discord.

I'd also like to thank the Community for an amazing Year One with Marvel’s Avengers. It's truly been amazing getting to know you all over the year, becoming friends with some of you, and spending time talking “nerd talk” with you. I thank you for all the love and support you've shown me in my time here, and I hope I've been helpful to you at least once.

Last question: who do you main and why?!

I main Kate. I play a ranged scattershot build, because to be honest I'm super lazy ahaha! I play her specifically because I think she's sassy and cool. I think she's an absolutely amazing amount of fun and her voice-lines are some of the best! 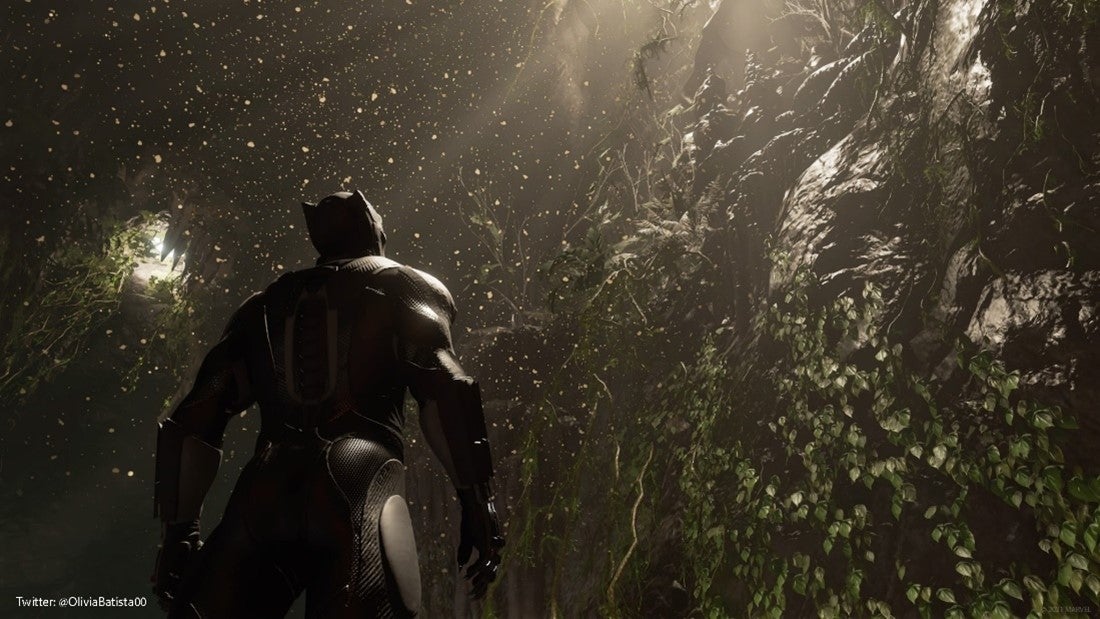 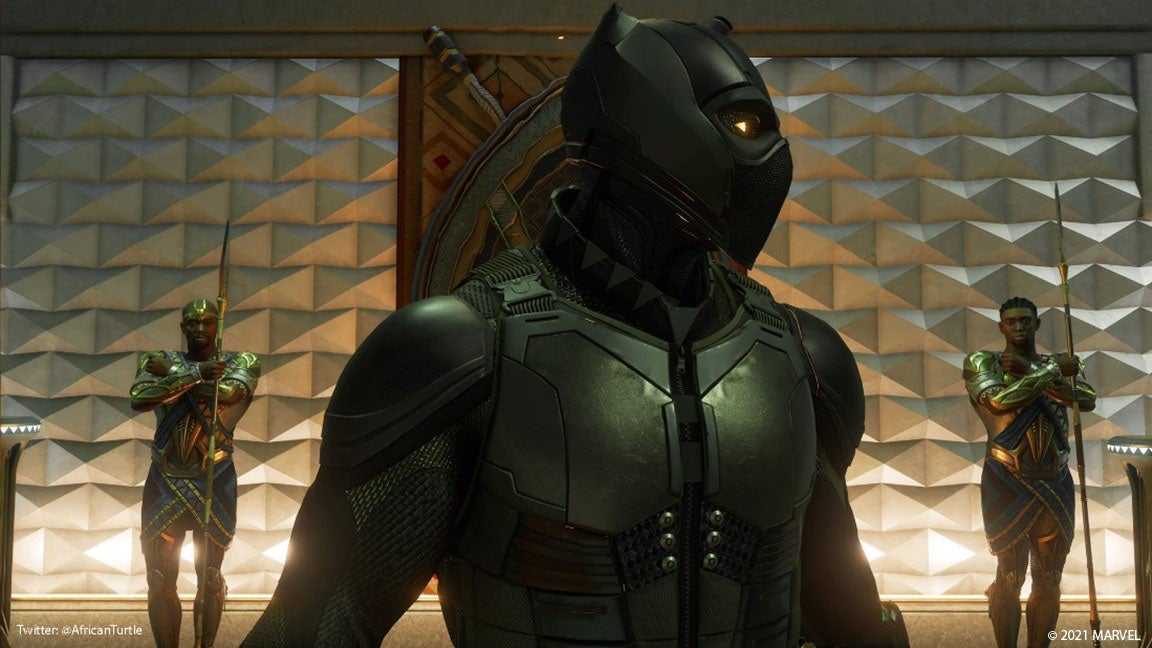 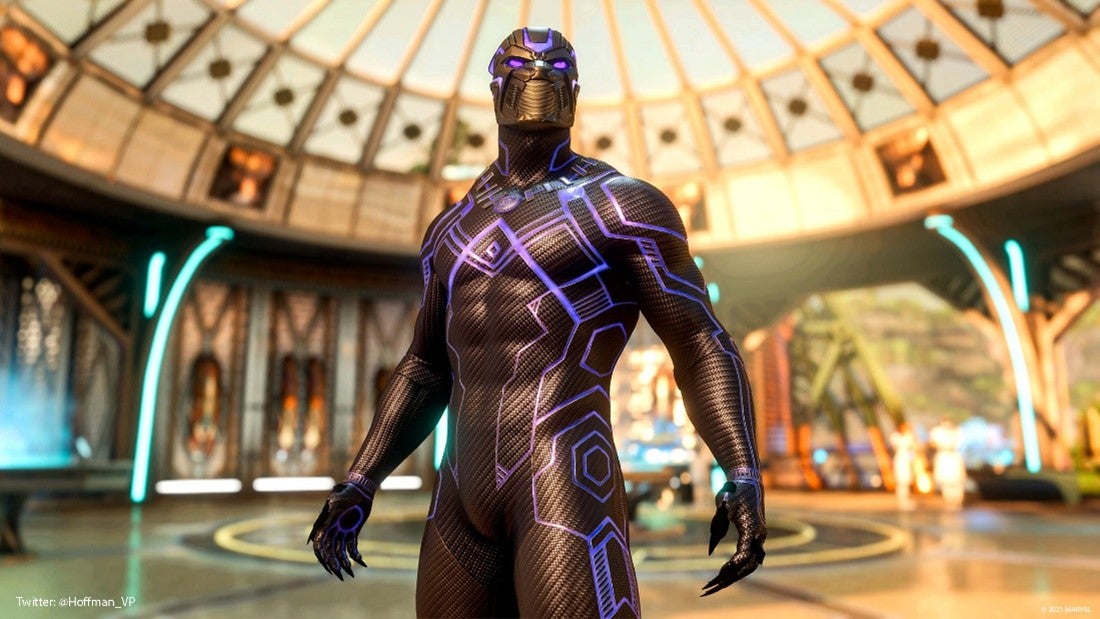 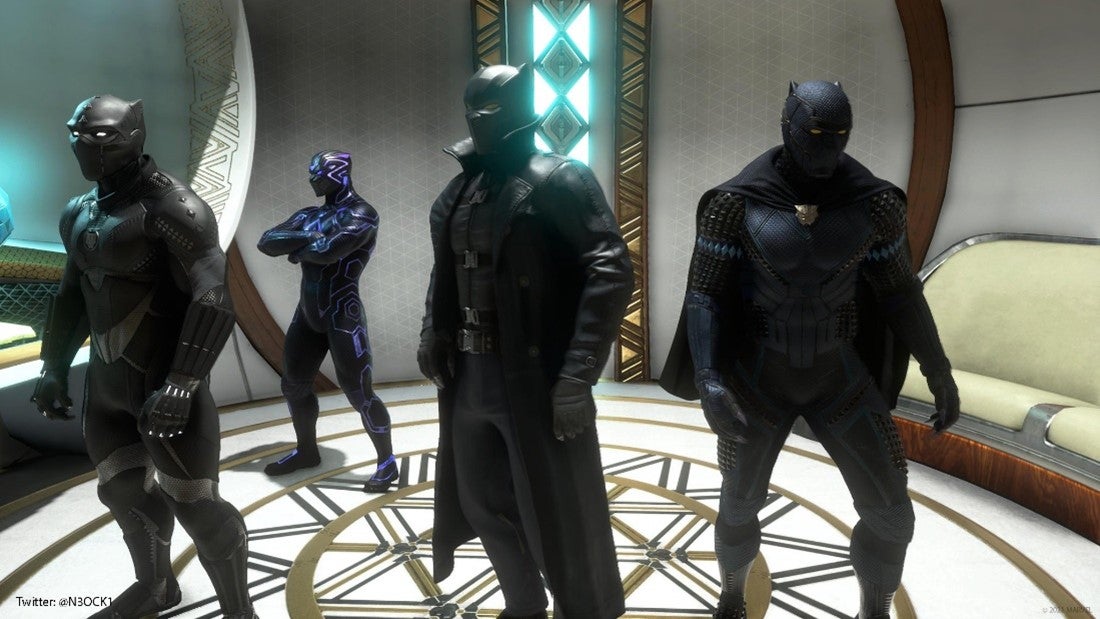 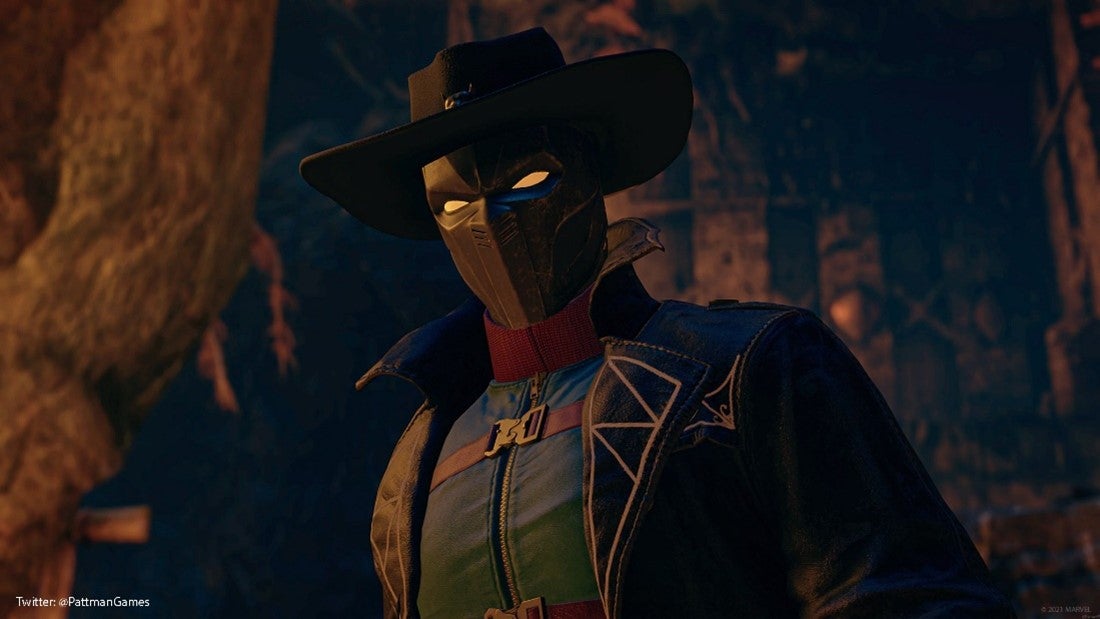 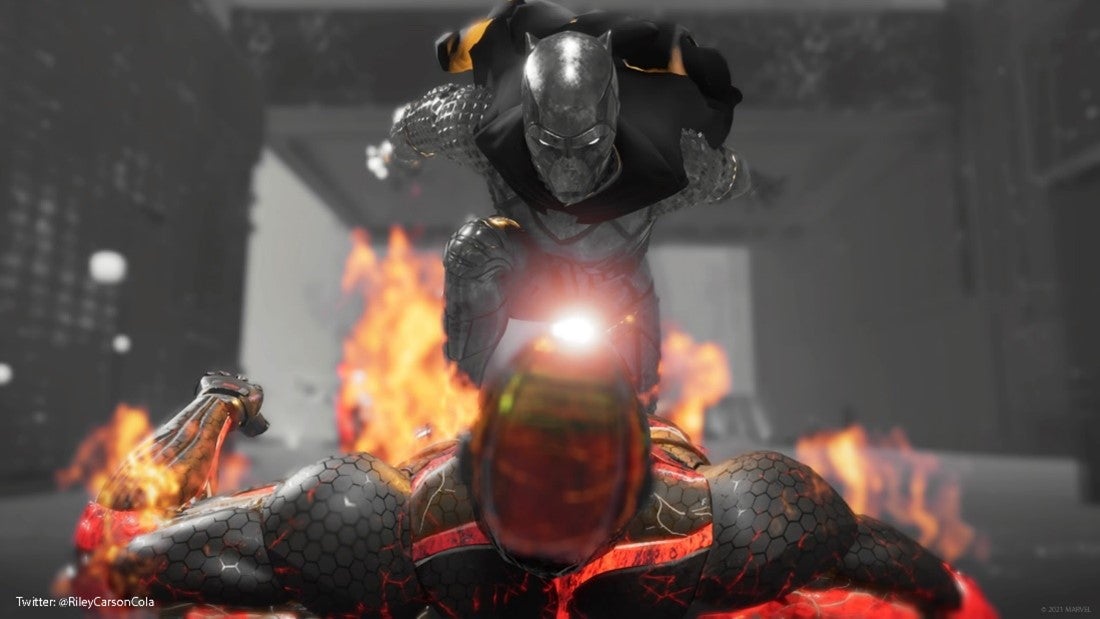