As we’re gearing up for the release of Black Panther and our War for Wakanda Expansion on Aug. 17, we have some events happening this week to help you gear up for your fight against Klaw.

Double XP! (8/5-9/2) - This continues throughout the month of August in order to help you get your Heroes leveled up in time for War for Wakanda!

We're featuring Thor's new Marvel Studios' Avengers: Endgame outfit this week! It’s what he looked like in the beginning of the film before his trip to the past. 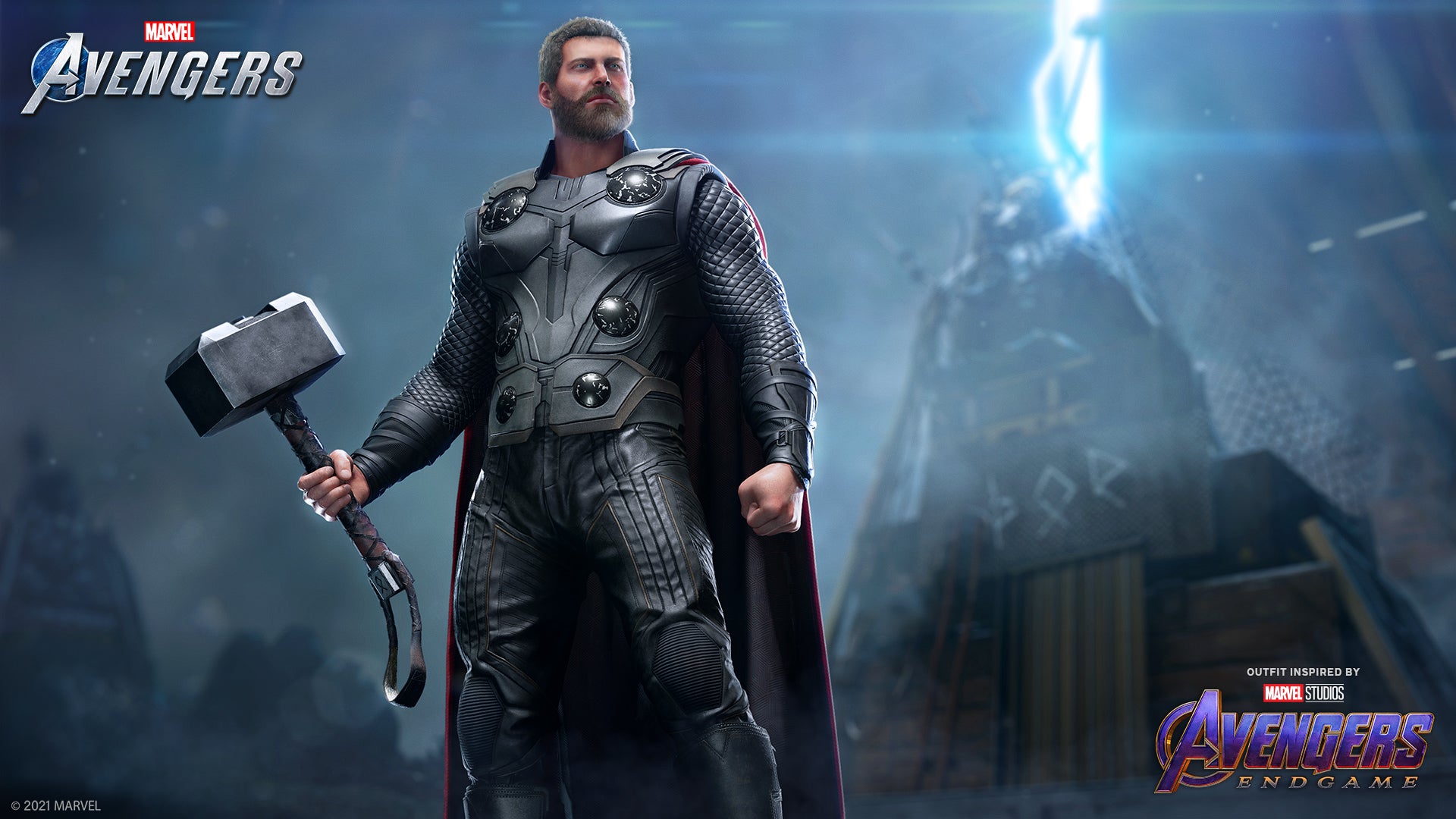 We introduced a new bundle that will be available until Aug. 17. The Terrigen Outfit Bundle contains one rare ‘Terrigen’ outfit for each of the eight Heroes.

This week’s free offering is a 2hr. XP Hero’s Catalyst! 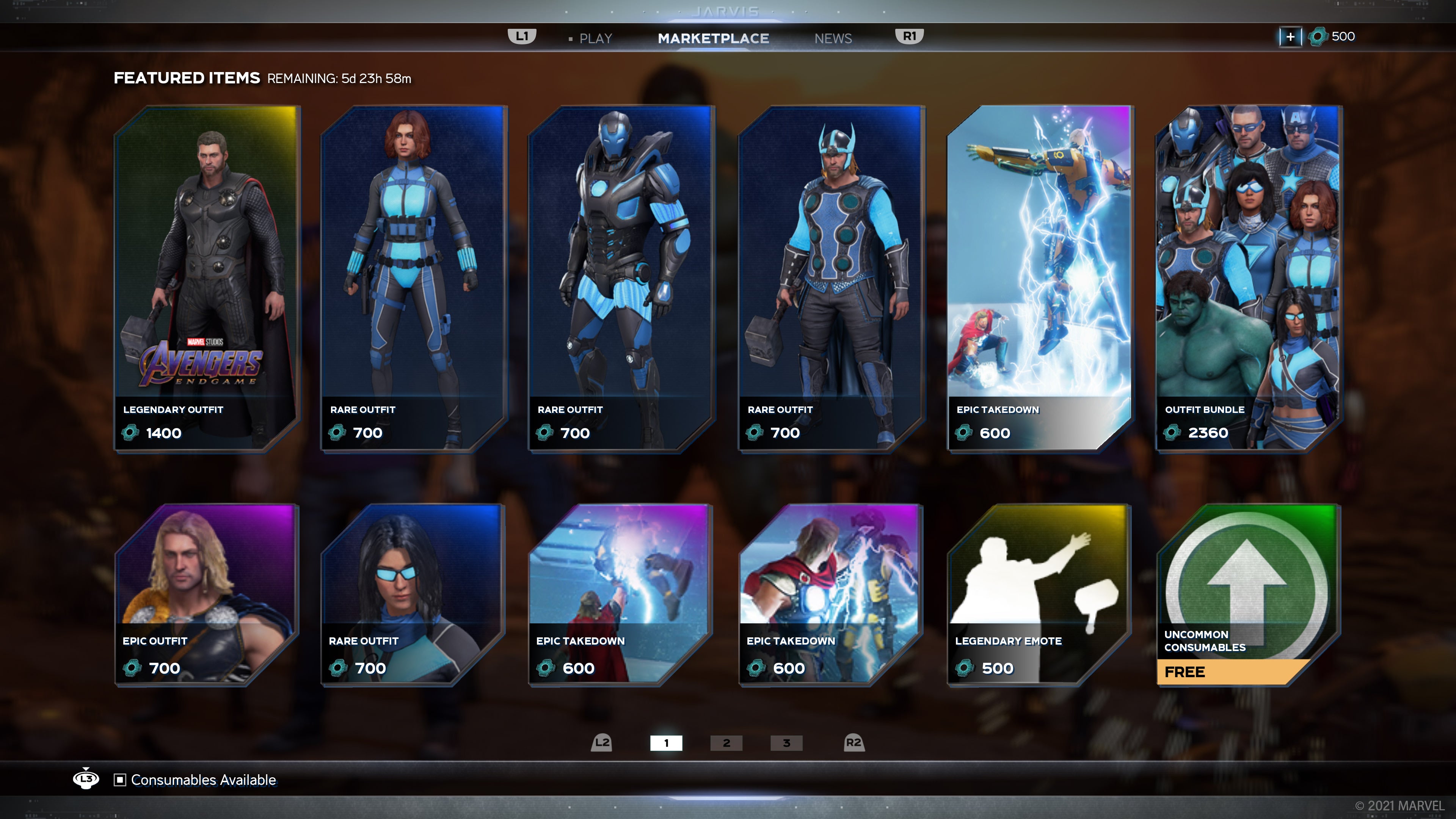 We pulled up our virtual chairs and sat down with Senior Combat Designer Kate Salsman!

Can you give us a quick introduction about who you are and what you do on the team? What have you done on Marvel’s Avengers (that you can share!)

Hi! I’m Kate and I’m a Senior Combat Designer at Crystal Dynamics. I specialize in designing and implementing combat AI enemies as well as global AI systems. On Marvel’s Avengers, I helped on initial designs for the new War for Wakanda enemies (a collaborative team effort!) and I designed and implemented: the Klaue Company Bruiser, the Scout Crawler, and the Hunter Crawler. I also had an “AI Captain” role and was a point of contact, worked closely with production to help with planning, tasking and scheduling/scoping, introduced new enemy planning/documentation processes, and helped manage and communicate enemy FX requests.

Besides Marvel’s Avengers, what other games have you worked on, and what was your role on those projects?

I started my career in 2007 and have worn lots of “hats” (QA, Project Management, Operations, Technical Writing, Production, Design). Before design I started in mobile games, then worked on Rift: Planes of Telara, Defiance, and End of Nations. On a Command & Conquer project I did technical writing and production work before transitioning into a level/gameplay-design role, and then did gameplay/character design on an unannounced project before joining Santa Monica Studio as a combat designer. I was there for almost six years designing and implementing mostly non-boss combat enemies and global AI systems for God of War (2018) before joining Crystal Dynamics.

When I was young, I was only allowed to play educational video games and was told playing games wasn’t a good use of time and that I needed a degree for a career. I was still always enamored by games. I went on to college but stumbled across a QA job listing in a classified ad, luckily got the job, and through some luck and lots of determination, my journey continued.

When I was four, I won a used copy of SimAnt (DOS) from a silent auction at my school, only to get home and find it was missing one of its many floppy disks so I was never able to install it (hard life lesson!). Soon after, I was gifted my first game: “TREASURE MOUNTAIN! A Super Solvers Adventure” by The Learning Company (DOS). 2-Bit Bach and Beethoven blasted on loop at a fixed-volume (LOUD) from the sound-blaster card as I controlled a net-wielding hiker, catching elves for clues and solving simple reading, math, and logic riddles to climb a mountain. At the mountain’s peak was treasure, but as soon as I picked it up an evil king kicked me to the bottom of the mountain where the treasure was placed on a shelf and the journey restarted. While playing, if I forgot to mash the arrow key to move and accidentally held it, the game would briefly freeze and the blasting music would hang on one loud, frozen note. Games have come a long way!

What do you wish everyone knew about game development?

The best, feel-good subtleties and “magic” in games is usually created by people who just really care a lot and go the extra mile to put that extra love and care into their work because they really want to.

What is your favorite thing about working at Crystal Dynamics?

“Turkey-Town” and “Awesome-Town” (kidding! These are the names of the Thanksgiving and regular team-wide meetings.) – My favorite things are that I genuinely feel the company cares a lot about the team, and that there are a lot of people who have been here for many, many years (it’s neat having the opportunity to work with them and hear their learnings from past Crystal projects).

Can you give our community a hint at something fun you’re currently working on?

Unfortunately, I have to be vague; I get most excited about work involving finding creative solutions for weird and complex challenges for new enemies/creatures. Let’s just say I’m extremely excited about what I’m working on now!

Be open to feedback, focus on doing what’s best for a team/project, be kind and encourage collaboration, and try to be able to see the big picture as well as the details (and focus on determining which details matter).

Who are your heroes?

Thank you for your continued support and we will continue to listen for your thoughts and feedback. We’re really excited about what we’re stewing up next, and I hope we do you proud in upcoming content and future games!

That's it for this week!