Hello everyone! We hope you’re enjoying the first week of July—already halfway through 2021. Crazy. Trying not to think about that. 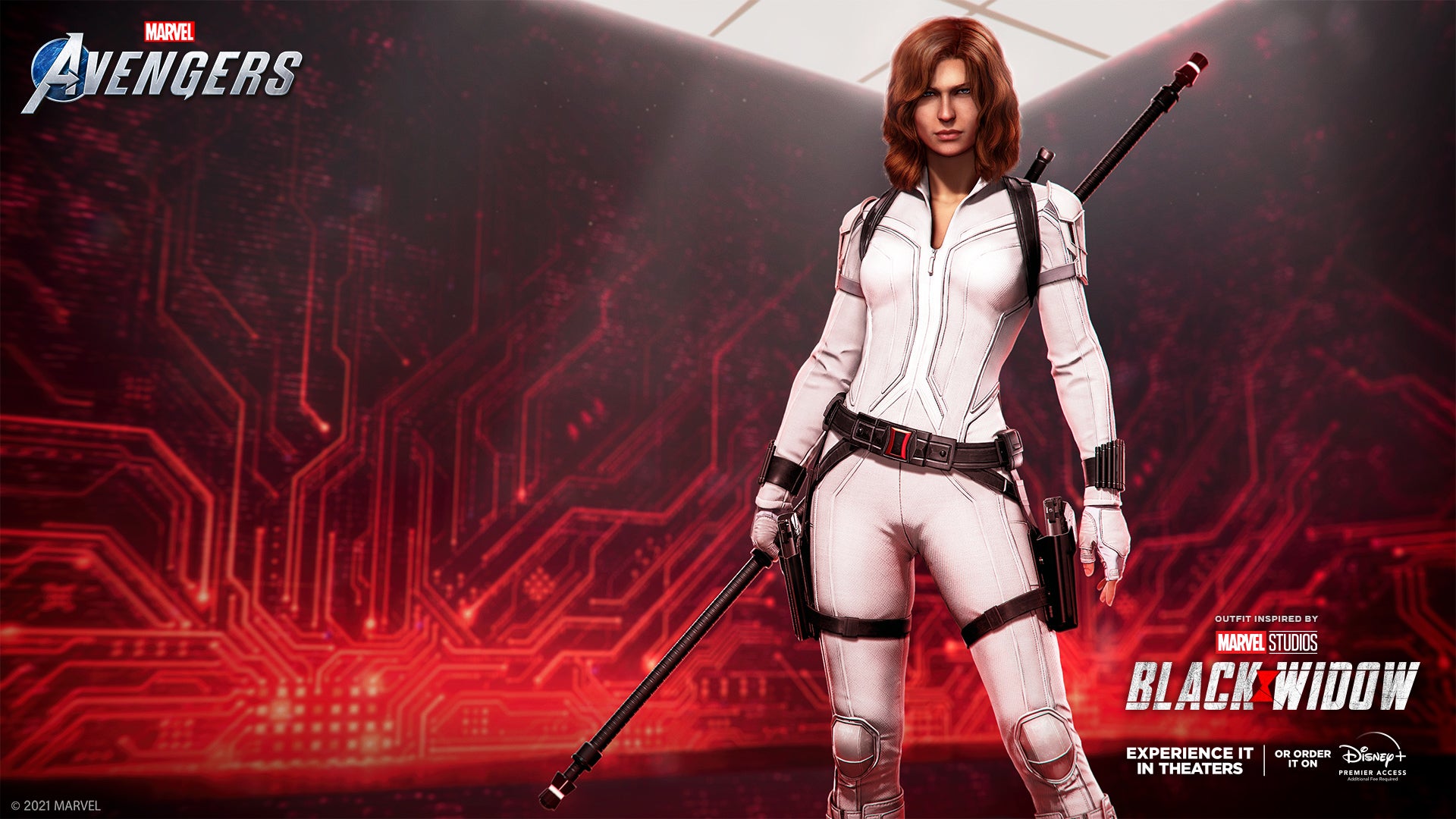 It’s a win for Black Widow fans this week: Marvel Studios’ Black Widow is releasing in theaters and on Disney+ with Premier Access on July 9, the Red Room Takeover Event is back, and there’s a certain suit stealthily waiting in the Marketplace! Head on down to that section to check it out.

Yelena Belova is paging in: the Red Room Takeover Event is back! You can earn a new team Nameplate and fill up a glass of techno lava once more. The event will run from July 8 through July 22. 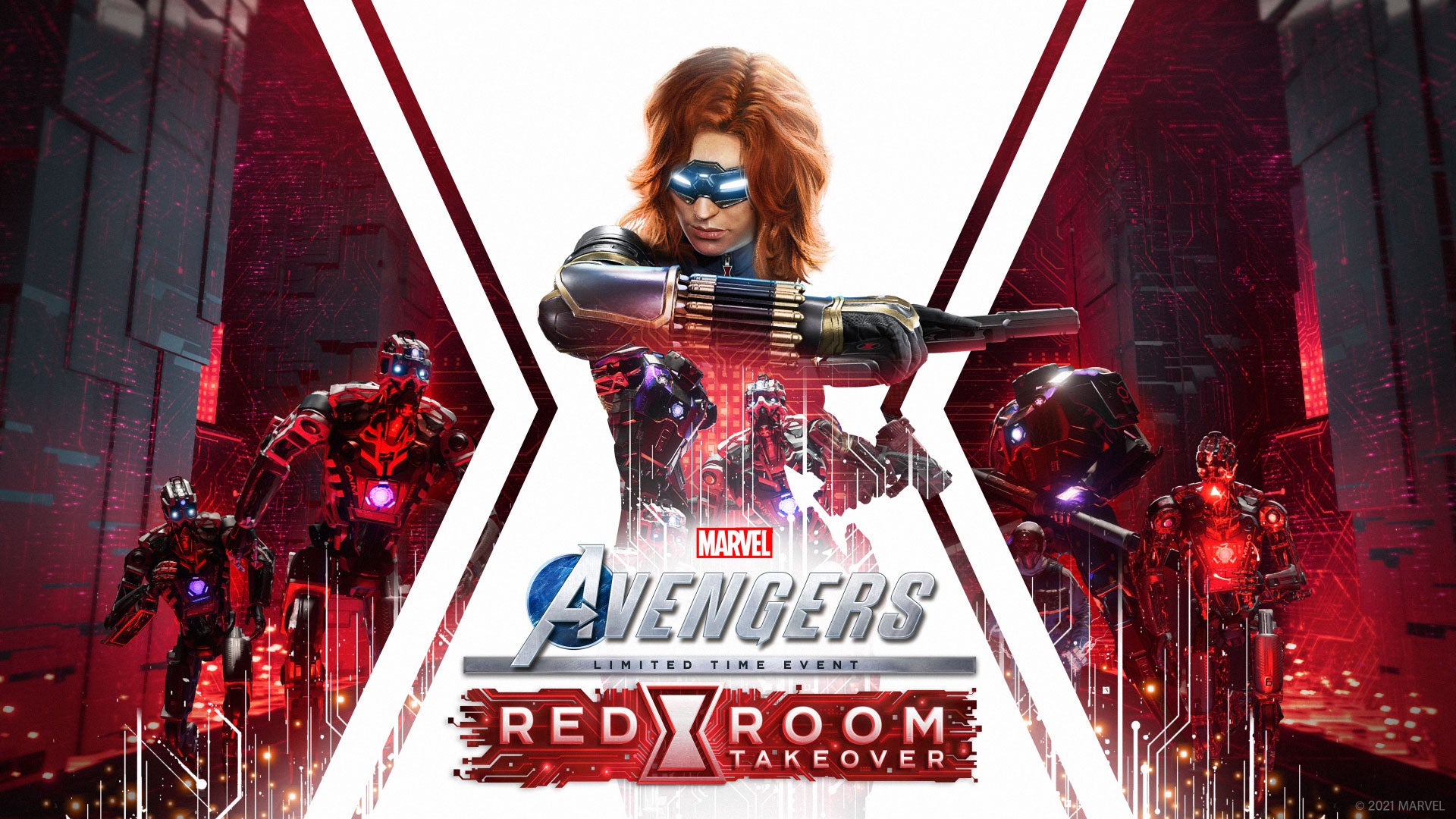 We pulled up our virtual chairs and sat down with Lead Producer Cory Butler for a quick interview!

Hi! I’m Cory Butler, Lead Producer on Marvel’s Avengers. In the simplest terms, my job is to facilitate the team’s success. I help to plan, develop, and deliver all aspects of the game. I work closely with every department at Crystal and multiple teams across Square Enix. Basically, if you don’t like something – it’s my fault. If you do like something – the team did it.

I started as a QA tester on Spell Force II and The Guild 2. I was a narrative designer on The Sims: Pet Stories and Castaway Stories. I helped develop several new IP titles (that never saw the light of day). In a production role, I’ve worked on The Shield, Star Wars: The Old Republic, Dragon Age: Inquisition, Mass Effect: Andromeda, Anthem, Shadow Realms, Breach, and Marvel’s Avengers.

A deep love of storytelling and entertaining people. After college, I moved to Hollywood and worked in Film and Television for many years. I saw video games as the next stage of evolution in entertainment. A more powerful way to bring people together.

4. What do you wish everyone knew about game development?

I wish everyone knew how much love and passion goes into creating a game. How hundreds of people come together and collaborate on something that is equal part art, science, and business. How many countless hours are spent with the sincerest intentions of making something great for the players. And how incredibly complicated, yet rewarding, that process can be.

5. What is your favorite thing about working at Crystal Dynamics?

The cold brew coffee on tap. Just kidding. It’s the people. 100% the people. Killer IPs don’t hurt, but when you’re surrounded by so many talented, driven and kind humans – everything is better.

6. Can you give our community a hint at what you’re currently working on?

7. If you could give a prospective future Crystal Dynamics employee one bit of advice, what would it be?

If you’re just starting out -- don’t wait for someone’s permission to start honing your craft. Almost all positions in the studio have an analog that you could be doing right now. Write, code, model, mod… create.

My main is Iron Man. But I like to play them all. 😊

9. What are the characteristics/qualifications you look for in teammates (or if you’re a hiring manager)?

Candor. Integrity. Accountability. Someone who isn’t afraid to take risks.

Inspired by the Marvel Cinematic Universe, "Marvel Studios' Black Widow Outfit" for Black Widow is available! Don the sleek all-white look to celebrate the release of Marvel Studios’ Black Widow! Experience the movie in Theaters or order on Disney+ with Premier Access on July 9. 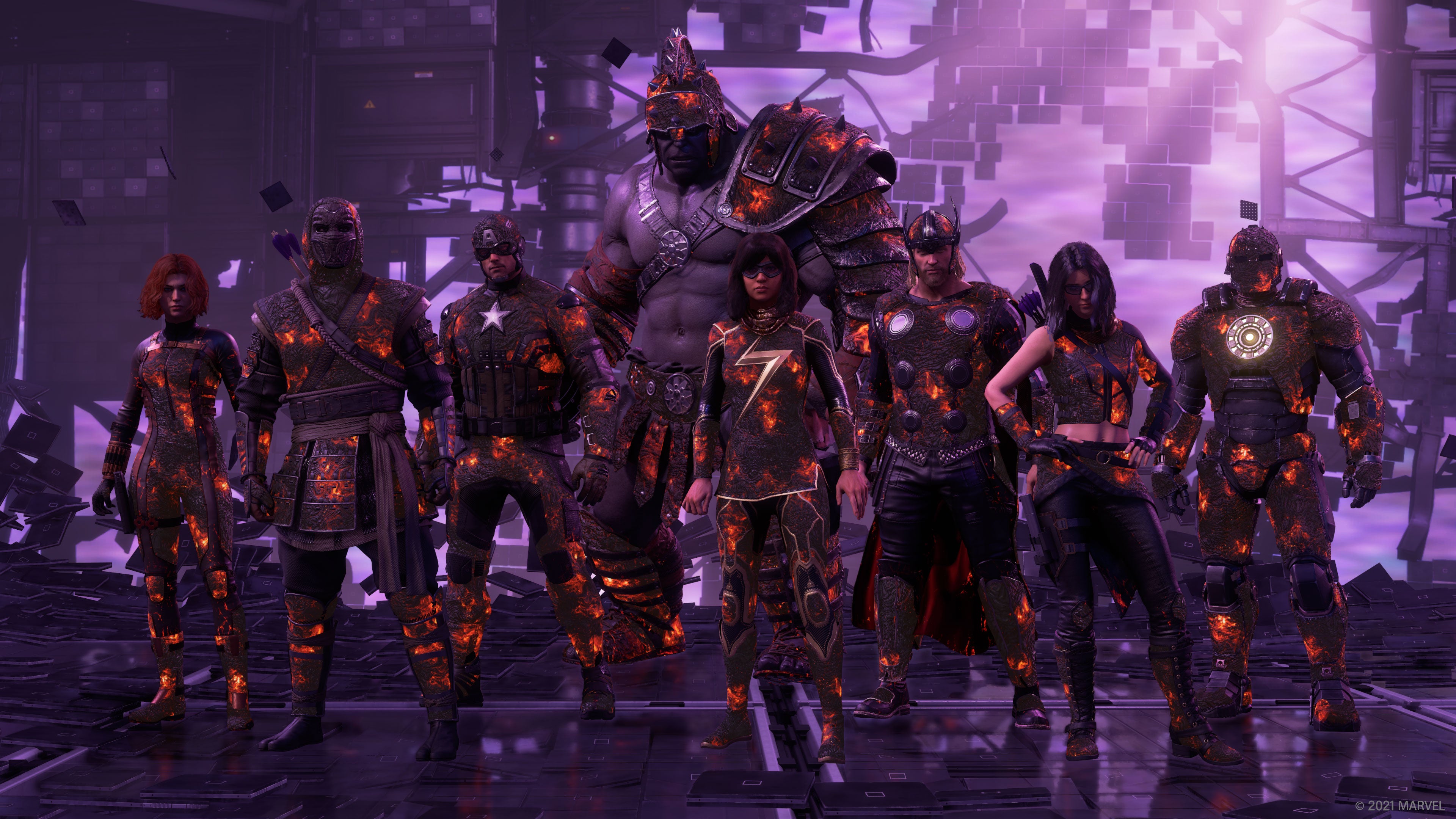 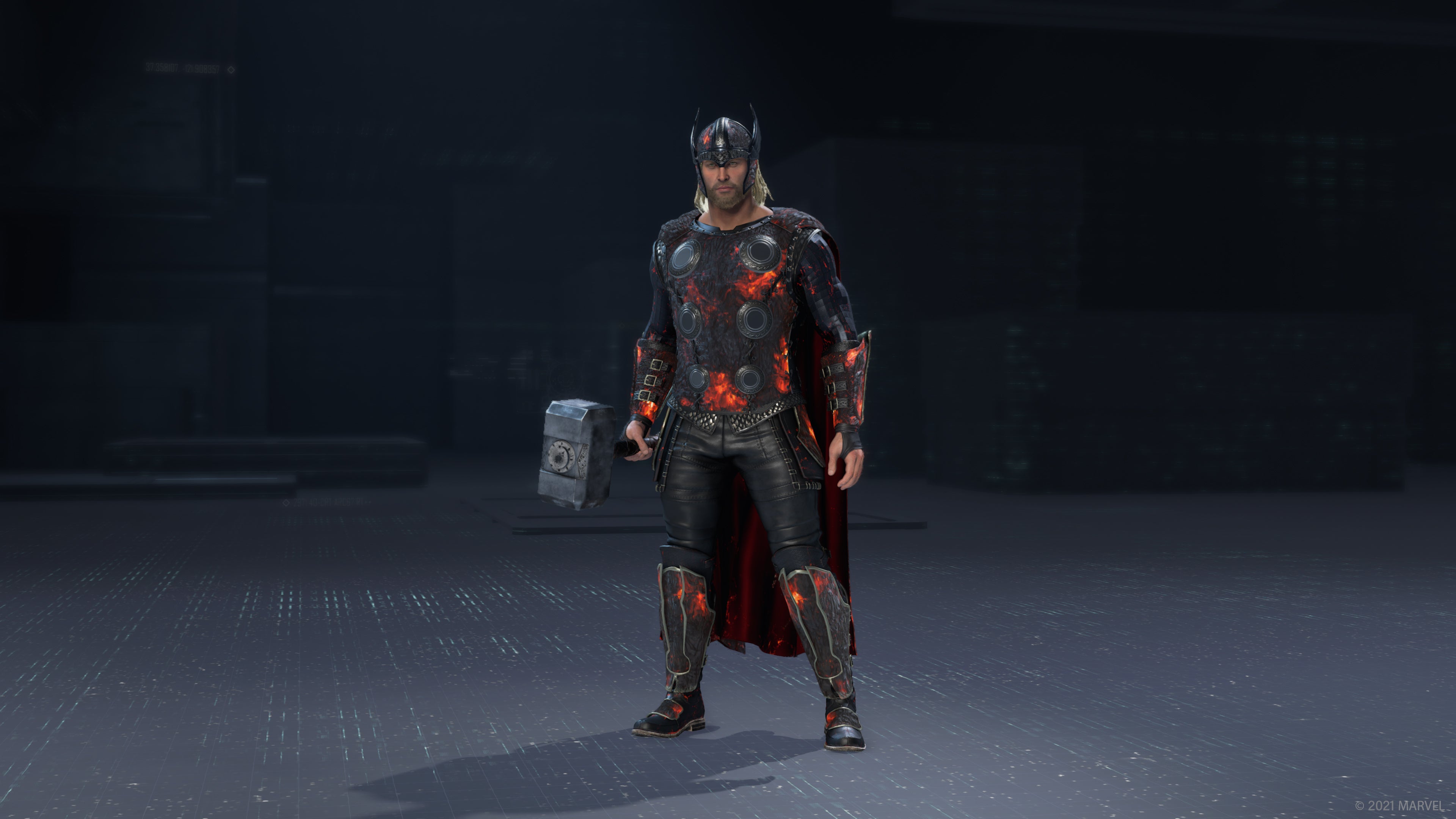 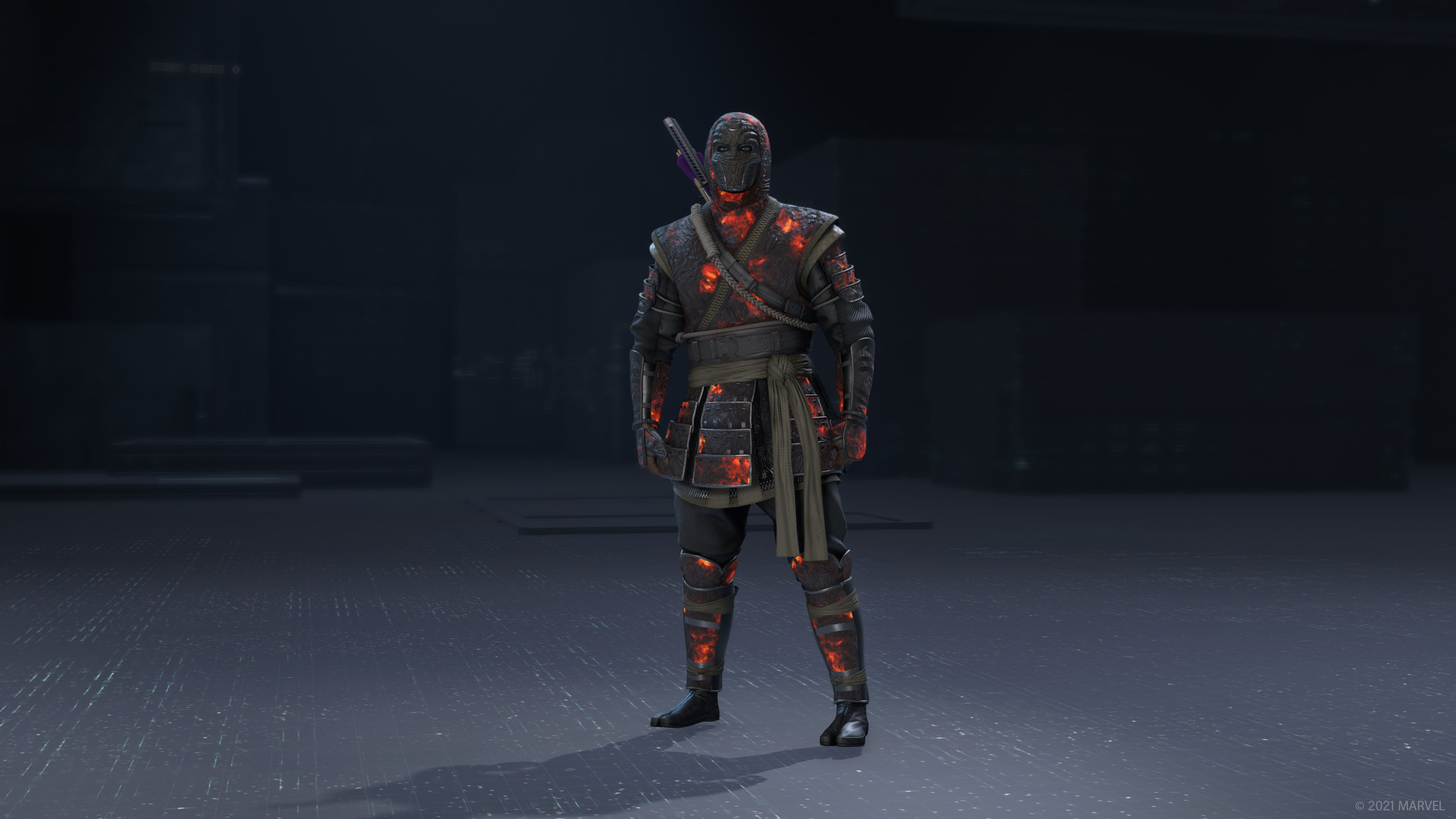 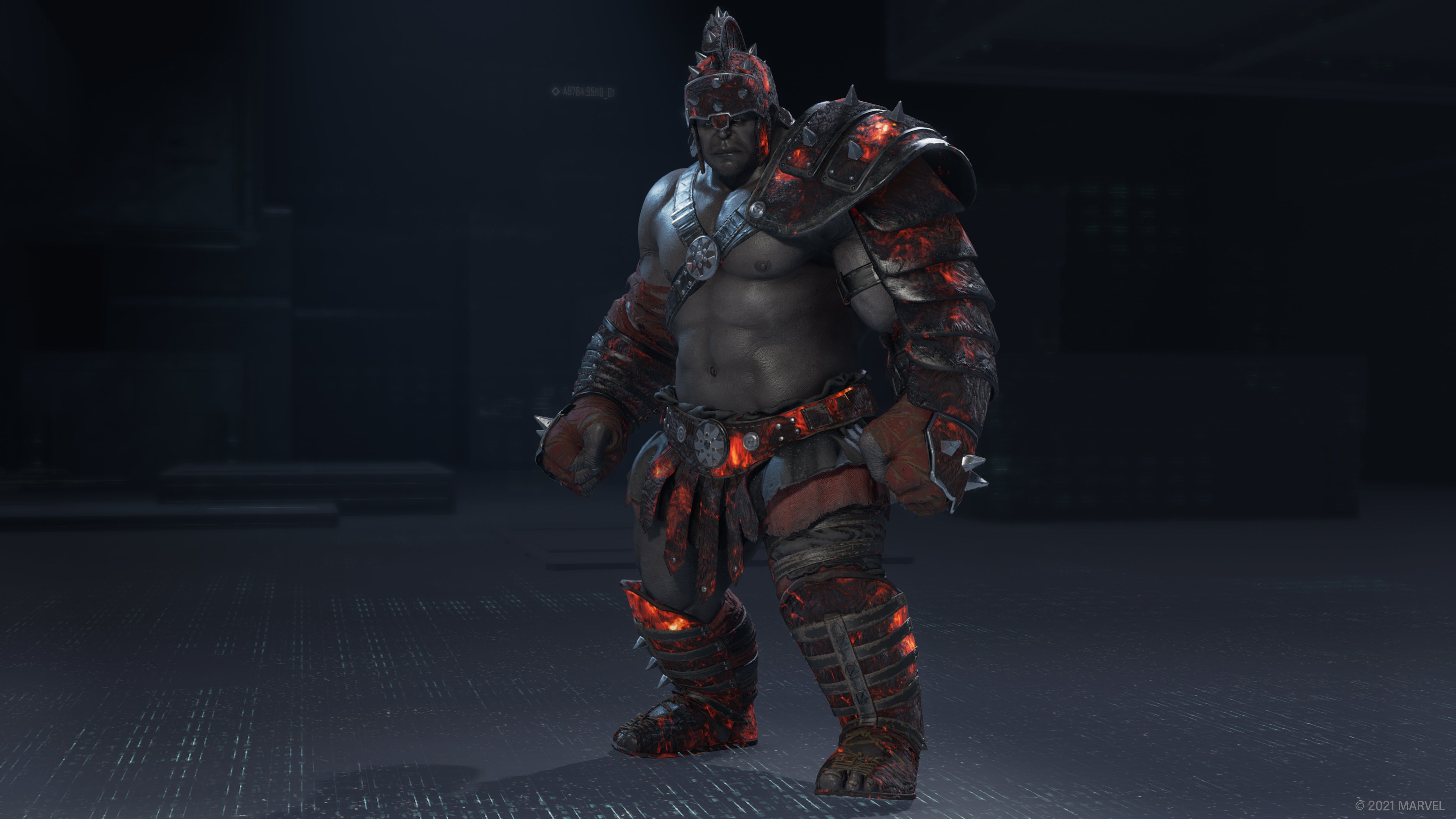 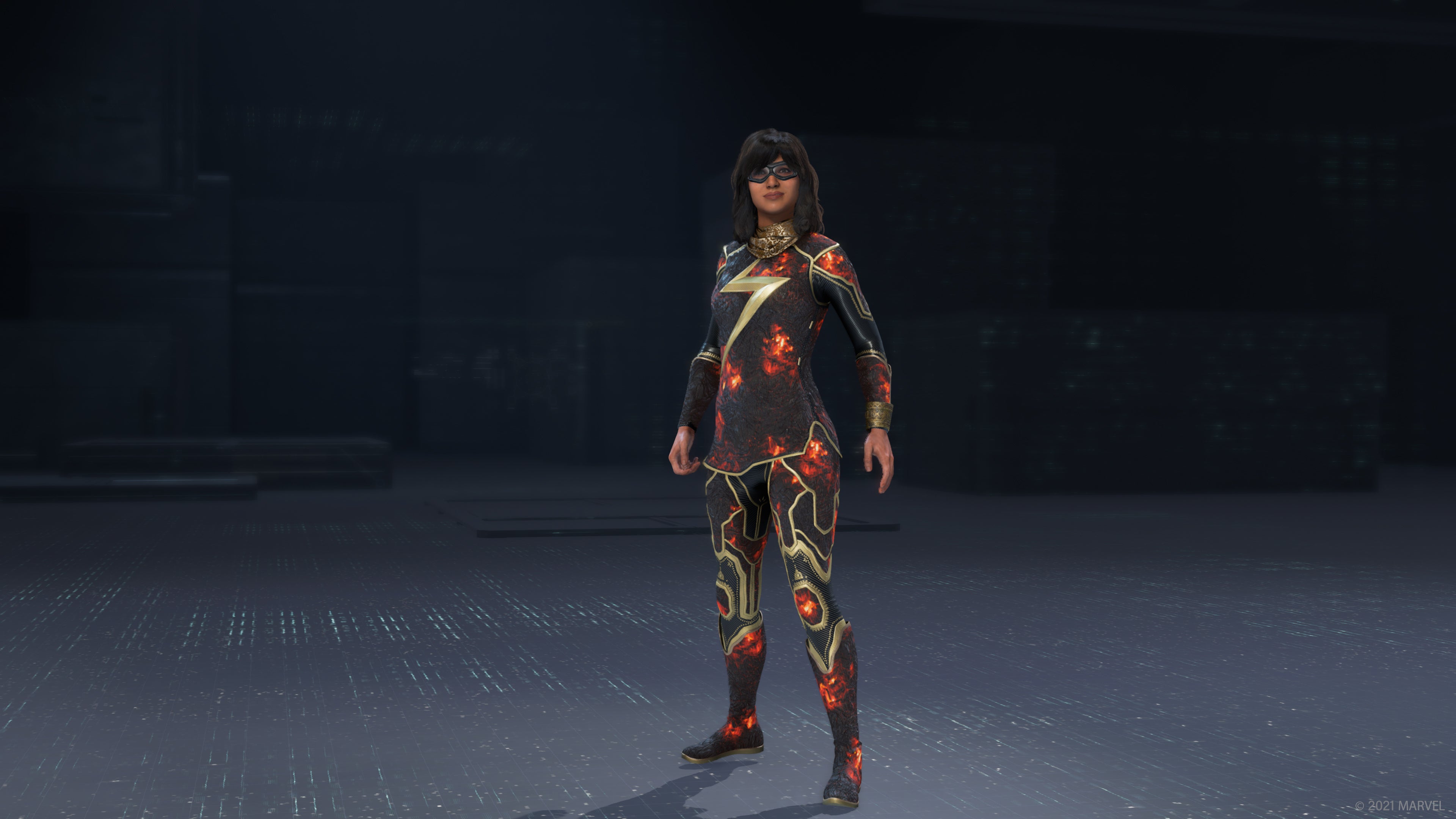 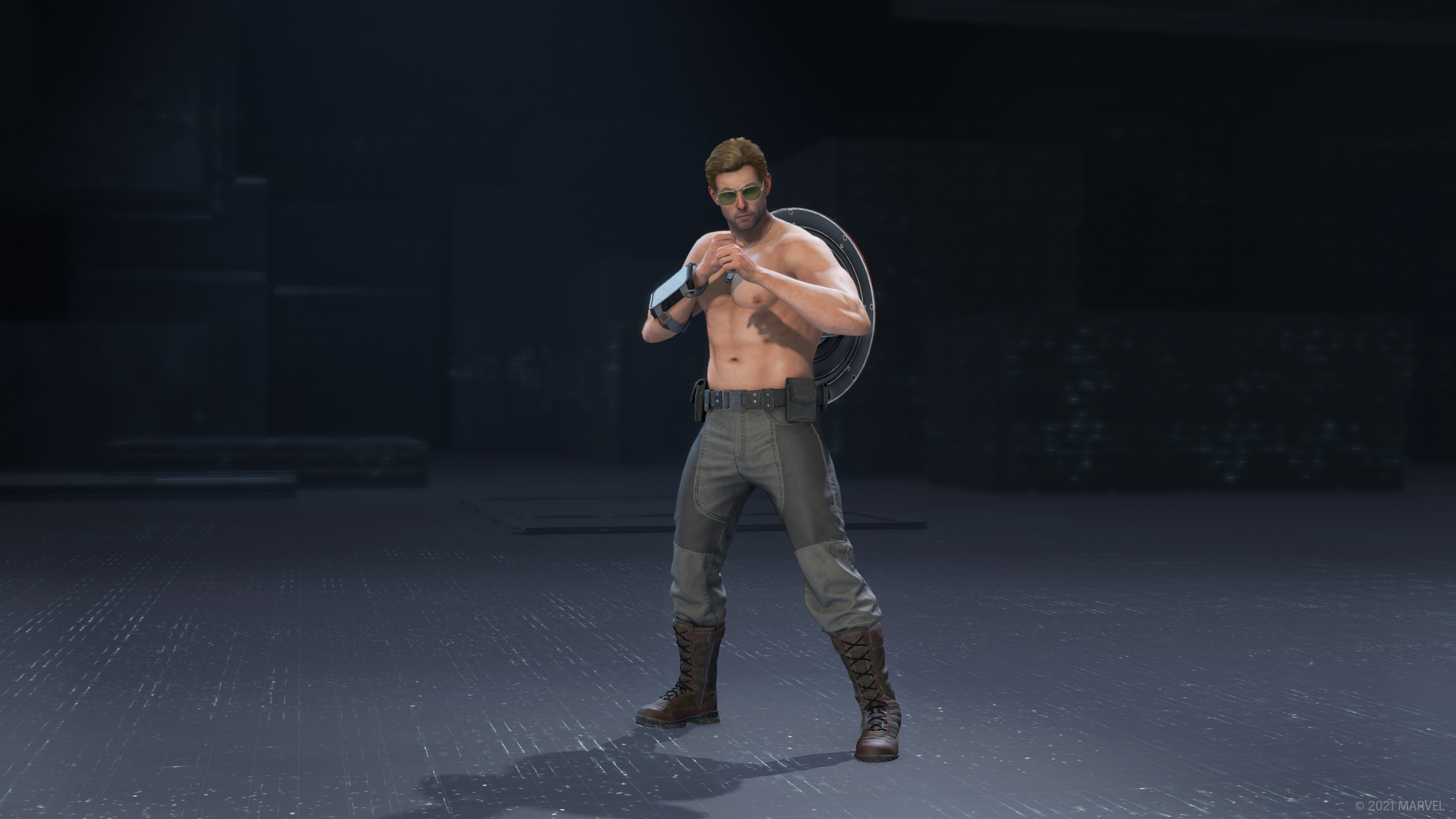 On the other hand, if you can’t beat the summer heat, embrace it! Captain America is ready to work on his tan in his new American Dream Outfit. Don’t forget sunscreen!

Dr. Bruce Banner is an accomplished scientist. Remind your enemies with Hulk’s new Newton’s Third Law Takedown! They could use a refresher.

If you missed the purchasable Red Room Nameplates the first time around, now’s the time to complete your collection! This week sees the return of those for Thor, Hawkeye, Ms. Marvel, and Iron Man.

This week’s free Marketplace item is a 2HR XP Booster! Make sure you claim it! 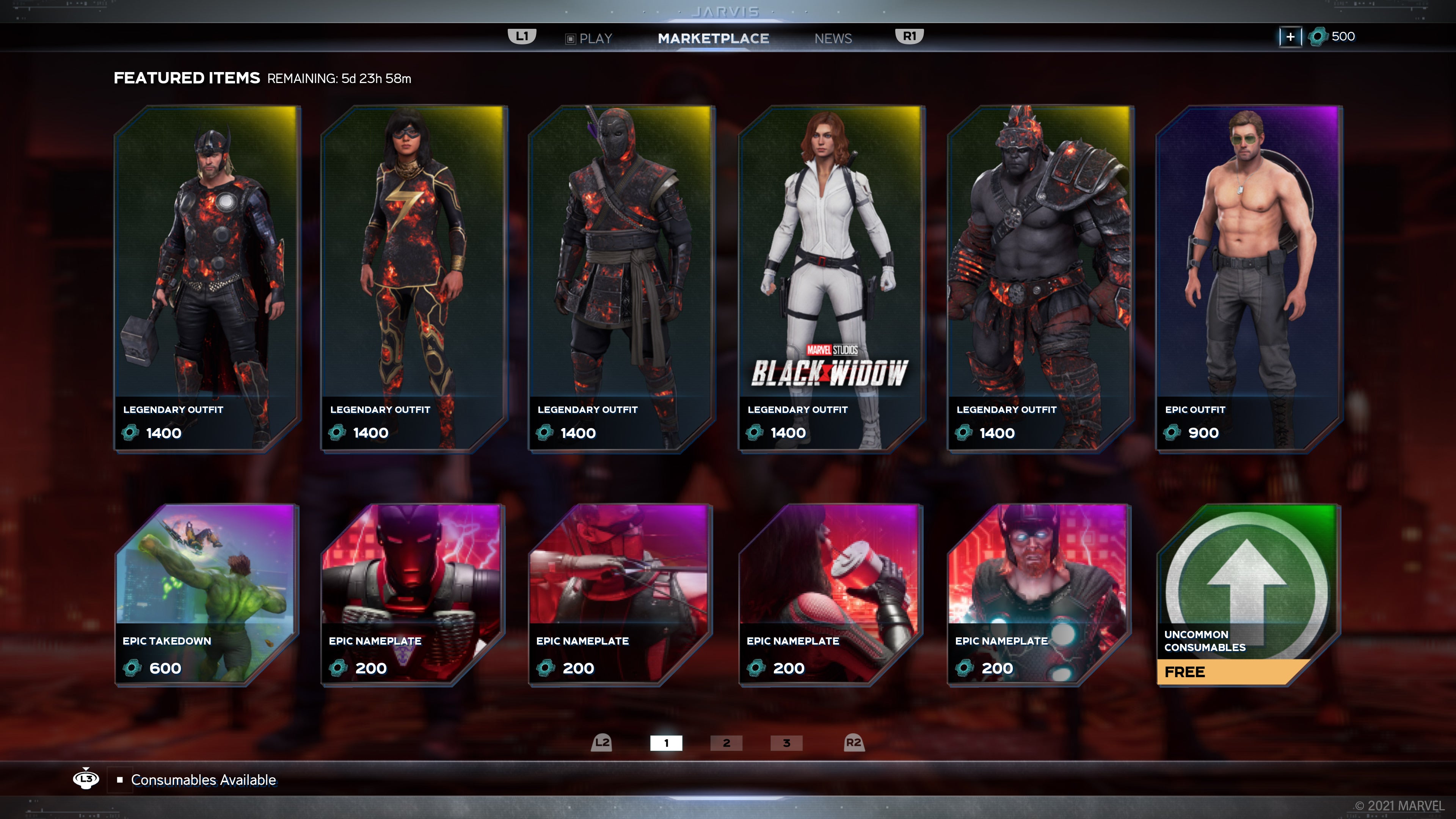 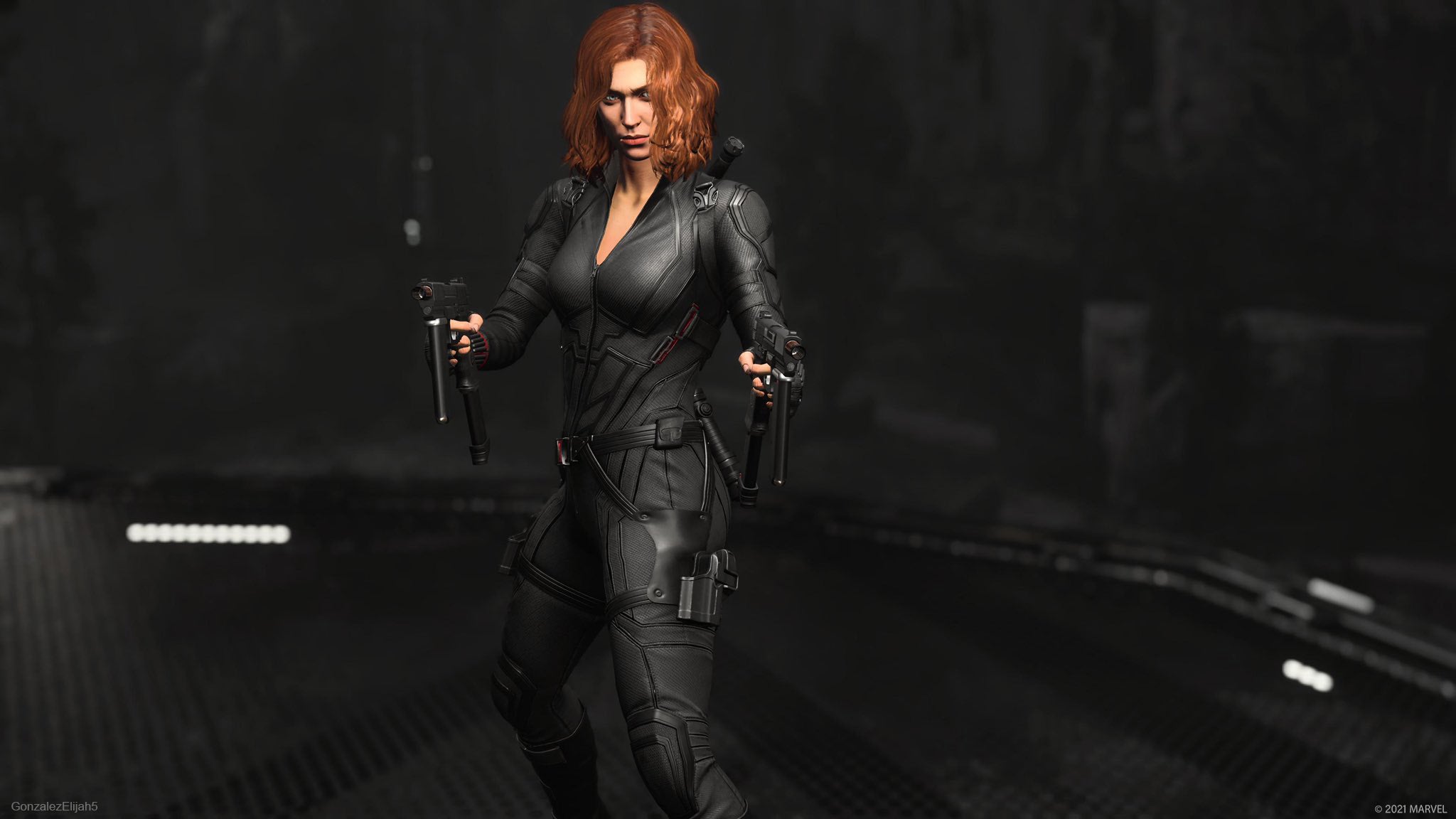 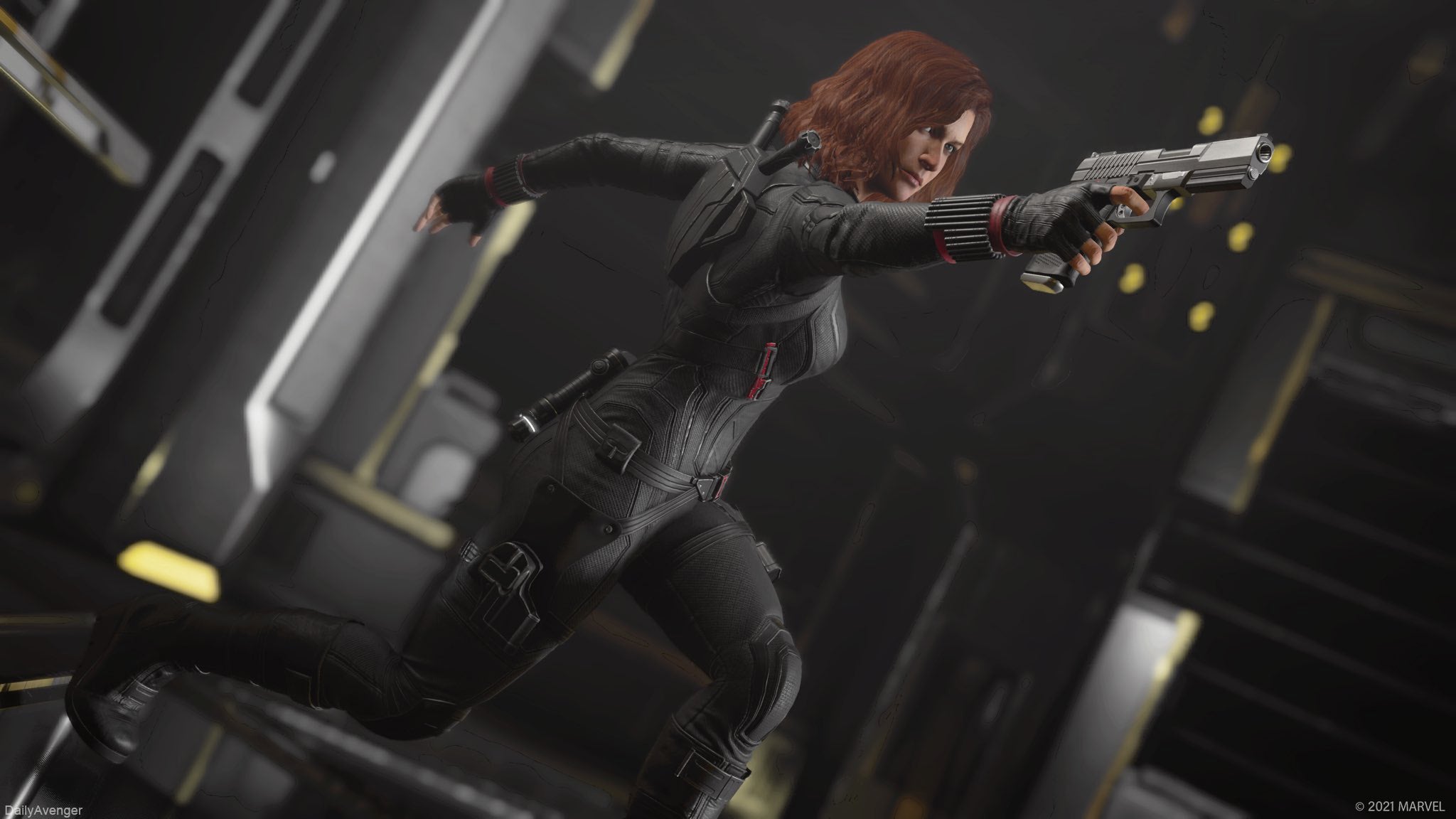 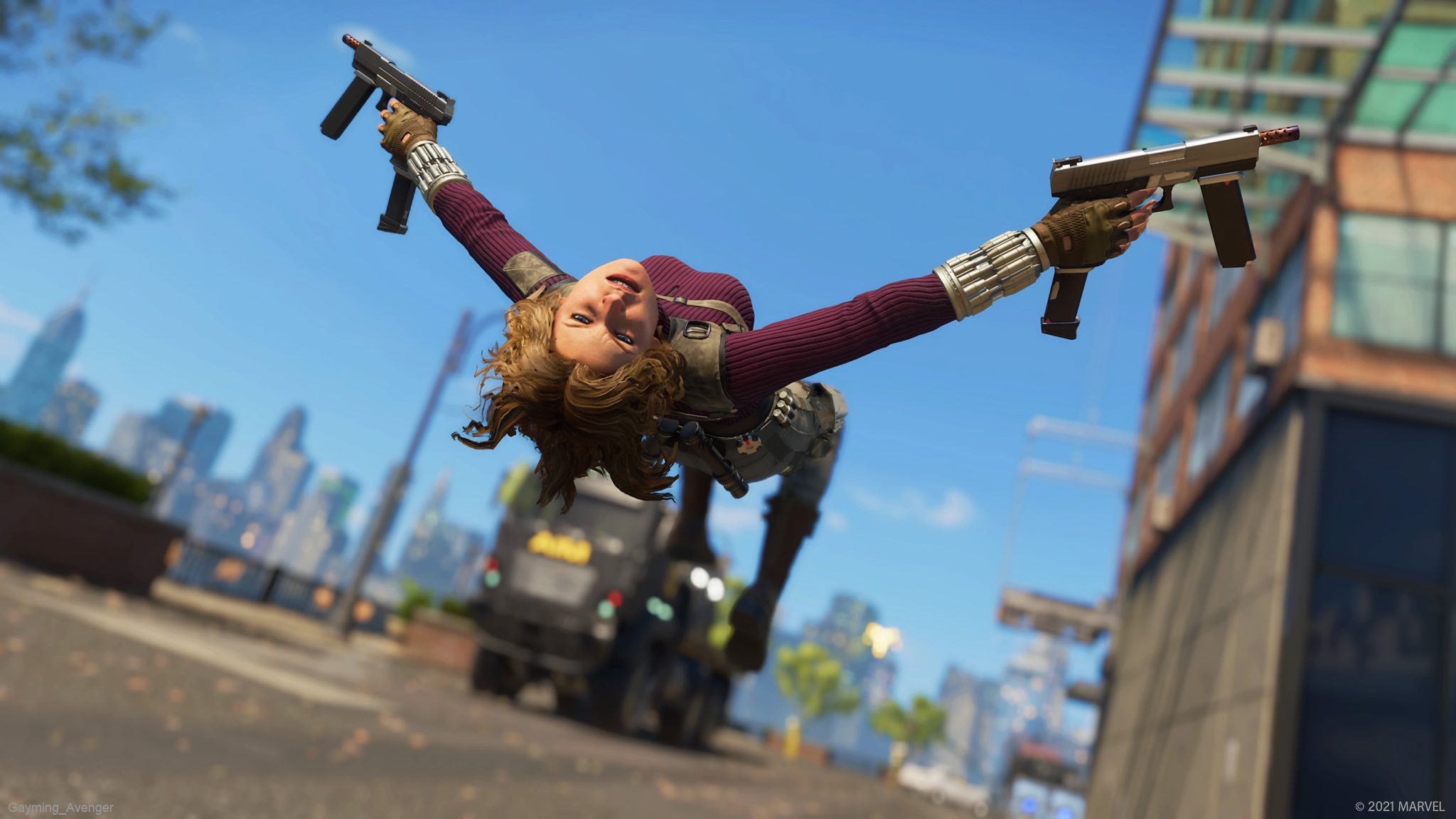 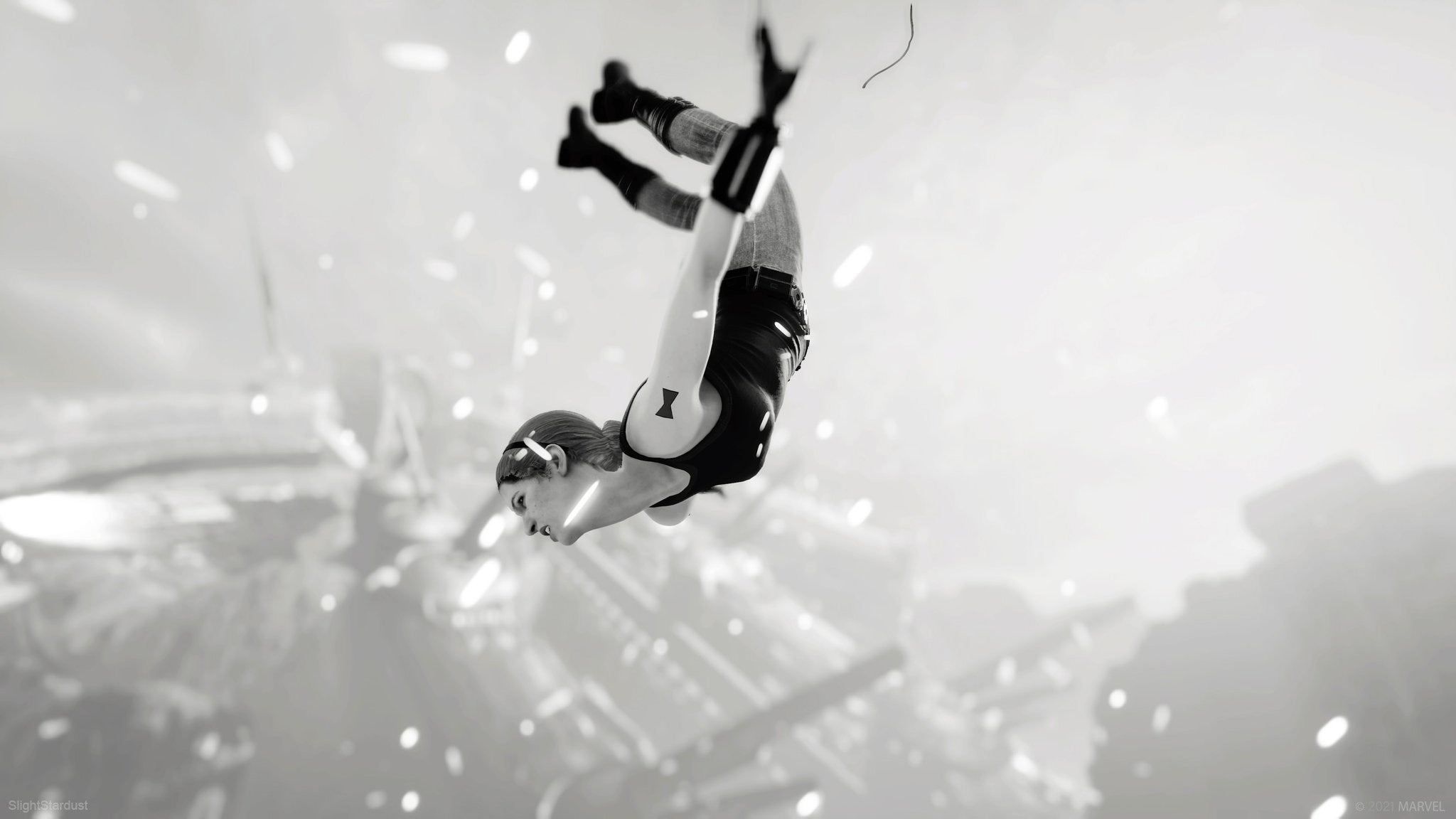