Happy November, True Believers! As you know, a big part of our mission is delivering new content—and we are so excited to kick that off with Kate Bishop, who also carries the Hawkeye mantle, as our first new Super Hero coming to Marvel’s Avengers!

Kate Bishop is a world-class archer, adept swordswoman, and master of sarcasm and snark. As Clint Barton’s protégé who, like him, possesses no superhuman powers, she boasts an impressive skillset that has her able to stand toe-to-toe with the Avengers in protecting the world. You’ll meet Kate as she’s searching for her former mentor, Clint Barton, in her own story operation, Marvel’s Avengers: Kate Bishop - Taking AIM. She takes up the mantle of Hawkeye and joins the Avengers to get to the bottom of the mystery and save a world that doesn’t even know it’s in peril. After Kate’s story comes Clint’s story, both of which are intertwined with each other and each pieces of a larger puzzle. You’ll be able to play Clint Barton in early 2021! When we were designing Kate’s kit, it was important to us that we balance the similarities between her and Clint with her unique stylistic differences. She learned much of what she knows from him, so we wanted that to be reflected in her abilities, but it was just as important for her to have her own Heroics, Intrinsics, and Takedowns that set her apart as a fighter.

Playing as Kate means performing a battlefield dance where you’re switching between arrow types, fighting distances, and locations on the battlefield. She has three arrow types, plus more if you upgrade them, that you can switch between at will. She’s also deadly proficient with a sword to deal with enemies who get too close. Her intrinsic attacks teleport her around enemies and deal increased sword damage. 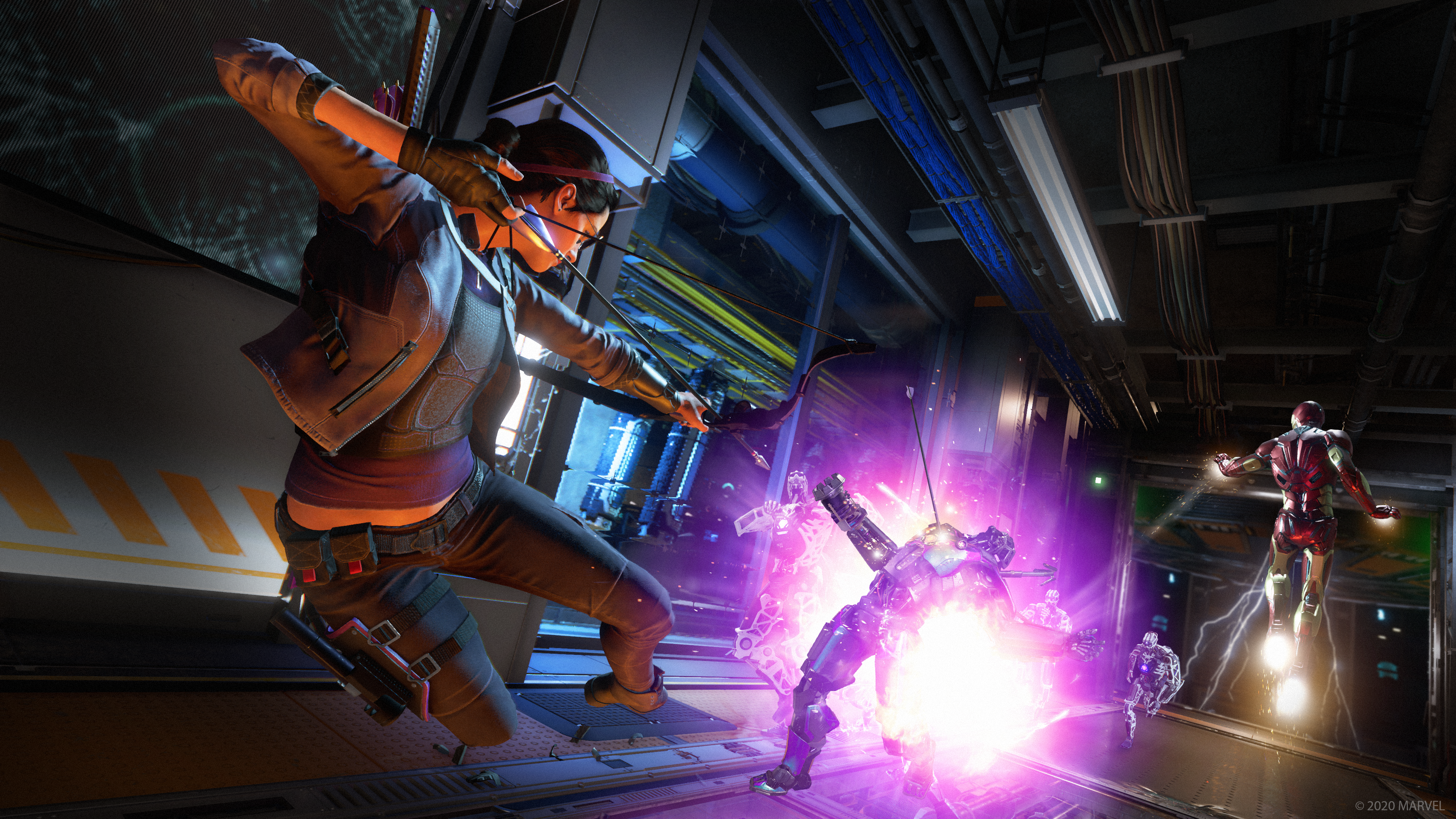 Decoy is Kate's Support Heroic: it spawns a hologram replica of her that shoots arrows of quantum energy at targets to distract them. Her Assault Heroic, Warp Arrow, allows her to teleport over long distances while triggering a large quantum explosion that lifts enemies into the air on her arrival. Quantum Overdrive is her Ultimate Heroic, which provides unlimited intrinsic energy, empowering her bow so she can fire quantum energy arrows with explosive results. We can’t wait to see how everyone customizes Kate’s kit!

Kate comes to Marvel’s Avengers on December 8. We’re looking forward to seeing your digital photography, gameplay videos, reactions, builds, and feedback on her! As always, thank you for your encouragement and your suggestions—we couldn’t do it without you.