Welcome back, True Believers! With 2020 behind us, we’re excited to kick off the new year with our newest post-launch hero, Clint Barton as Hawkeye and his own Operation: Future Imperfect! We know how many members of our community are looking forward to Hawkeye and have heard their calls ever since our initial reveal at E3 2019. Now, we can finally answer where Hawkeye has been! We first met Clint in Kate Bishop’s Operation, Taking AIM, where she brought him back from the brink of a huge AIM conspiracy involving the manipulation of time itself. Operation Hawkeye: Future Imperfect marks Chapter 2 of Season One, where we continue diving into the consequences of the Tachyon Project and come face-to-face with a possible future where all hope is lost. 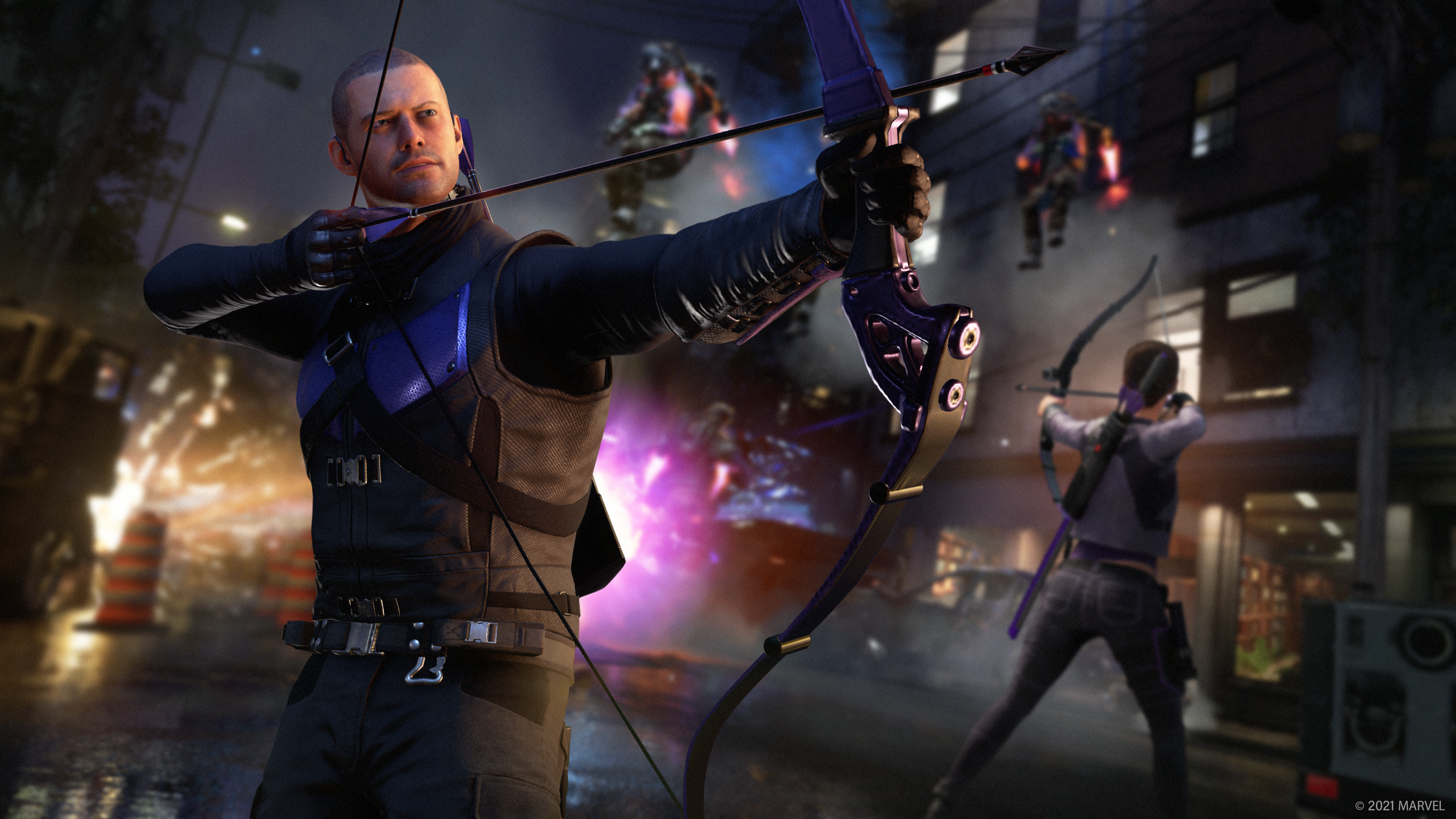 As Kate Bishop’s mentor and close friend, Clint and Kate have similarities in their skillset due to being mentor and protégé, but nevertheless, they are two different fighters, each with their own style. Whereas Kate blinks around the battlefield as a blur of never-ending strikes to multiple foes, Clint is the steadfast hunter, taking down his foes with powerful, precise hits one at a time until he’s the only one left standing. Clint’s bow skills are second to none in the Marvel universe, and with intrinsics that boost his single-target attack potential and an arsenal of many different arrow types at his disposal, he’s a one-man-army to be reckoned with. We also took inspiration from his Ronin period to create his sword abilities, which makes him a powerful melee and ranged hero. Clint’s Heroics are themselves three different arrow types. His Assault Heroic uses Nightstorm Arrow: launch it into the air and rain down projectiles to decimate areas of the battlefield. Just as important, his Recovery Arrow Support Heroic unleashes nanobots that swarm nearby allies and restore their willpower. The Hunter’s Arrow Ultimate Heroic is an AI guided projectile that flits across the battlefield, piercing through targets. Once upgraded, fire two at once, add explosive charges, or focus damage on player-targeted foes. Count on Hunter's Arrow to dish out an aerial assault with damage equal to a fleet of arrows, punishing enemies all over the fight no matter who Clint has in his sights. 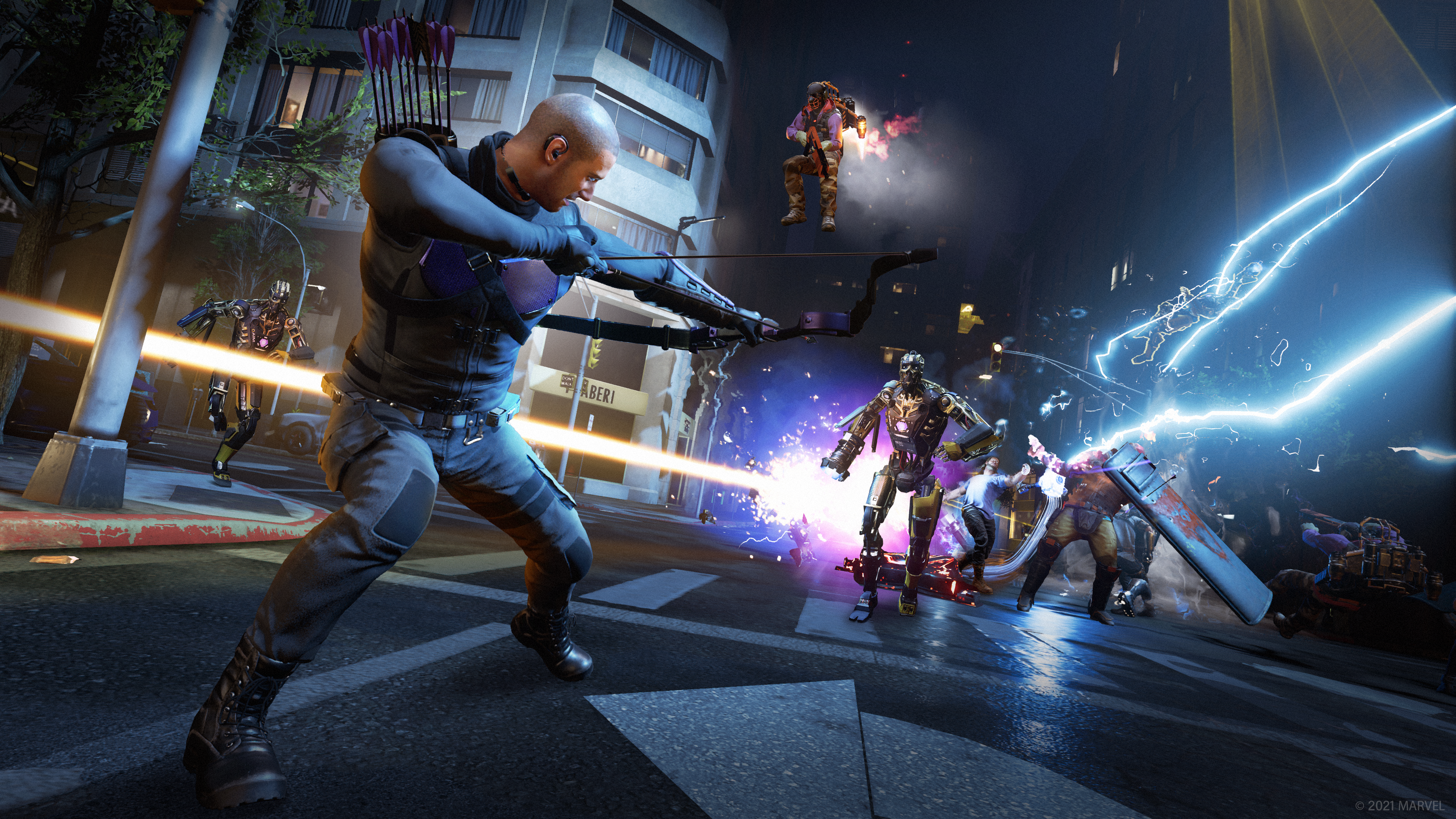 Clint shoots into Marvel’s Avengers on March 18. Share with us your awesome fan content—we love seeing the incredible shots from our super talented video game photography community, your different powerful builds, your exciting reaction videos, and, as always, your consistent feedback! We look forward to seeing you there!