Hi there, my name is Matt Guido and I’m a Combat Designer on Marvel’s Avengers, focusing on enemies and bosses. As we approach the release of Marvel’s Avengers Expansion: Black Panther - War for Wakanda, I wanted to give players a look at some of the new enemies we created and go over some new mechanics they introduce! By now, you’ve probably seen the Crawlers (our arachnid-like robot enemies), but today, I want to talk about the Klaue Company – a private army of mercenaries led by Ulysses Klaue.

When we began designing this faction of enemies, we knew that we wanted to work in the two new status effects that we’re introducing with Wakanda – Sonic and Vibranium. In an effort to make the new Sonic/Vibranium gear more unique and meaningful, we decided to incorporate weaknesses to these new status effects across the roster.

As you encounter the Klaue Company mercs, you’ll find that some of them are Corrupted Vibranium-themed, and others are Sonic themed. In this post, I’ll give an example of one of each, starting with the Bruiser! 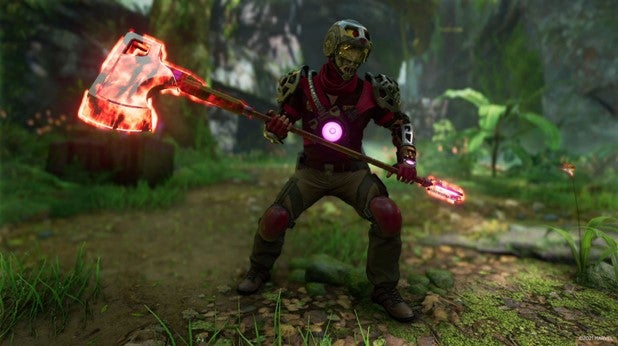 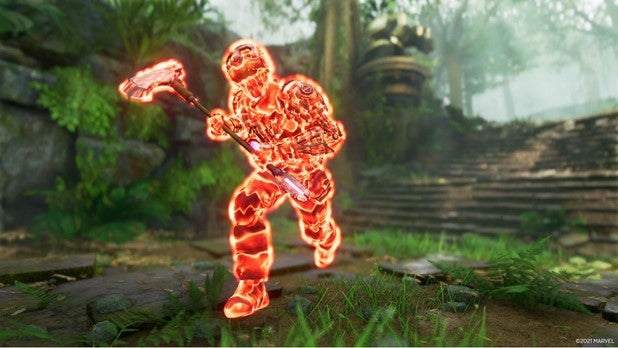 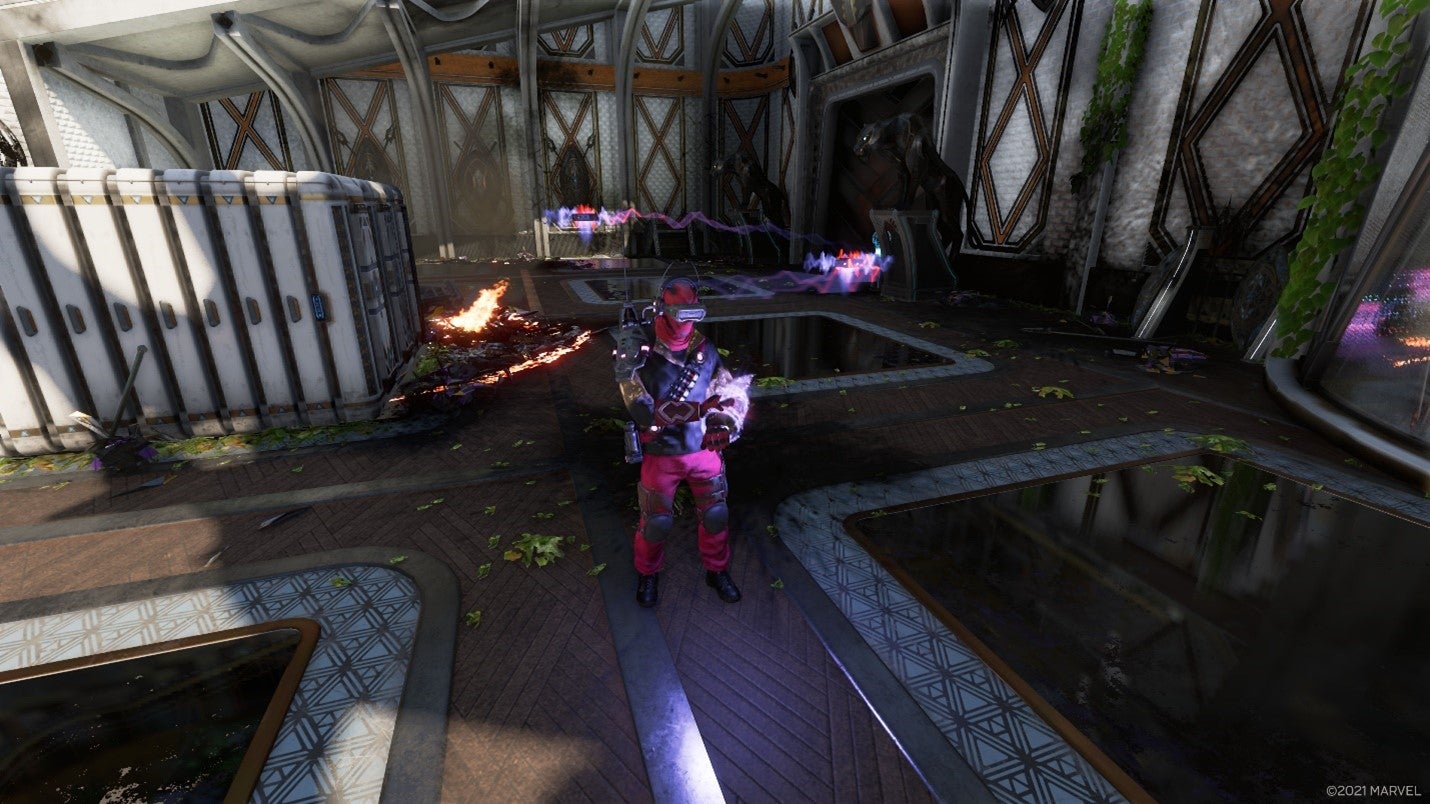 Next up we have the Strategist – a support enemy who commands small disc-like drones around the battlefield to buff other Klaue Company mercs and debuff heroes! These drones will orbit around their targets and can be shot down with ranged attacks. The Strategist prefers to stick to the sidelines, but they do have some attacks at their disposal, however they need their drones to perform them – so if all drones are currently deployed (or destroyed), their only defense will be the Sonic Aura. 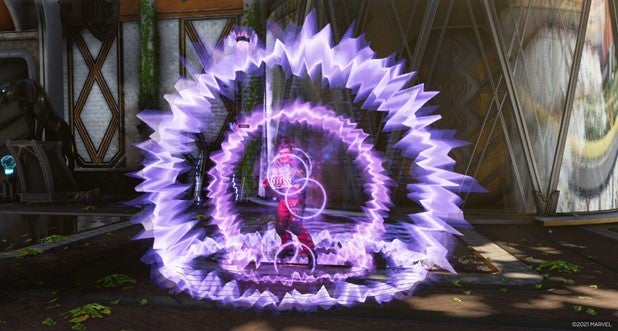 The Sonic Aura is an ability that our Sonic-themed mercenaries can use when they feel threatened. While active, it behaves like a shield that will deflect projectiles and block melee attacks, and then fire off a reactive Sonic Wave attack in response. It can only stay active for a short period of time and then has a long cooldown period – however, if you have Vibranium gear, you can use attacks with Vibranium status on them to bypass the Aura and even dispel it if you trigger the Vibranium status effect on them.

There are more new enemy types coming in the expansion, but I’ll stop here to save some surprises for the launch. I hope you enjoyed this peek into some of the new threats that await you in the War for Wakanda Expansion, which is a free update for owners of the game! Thanks for reading, and I’m looking forward to seeing all your reactions to the new enemies!