With the launch our Black Panther: War for Wakanda Expansion, also known as Patch 2.0, we’re rolling out a complete overhaul of our character menus and providing quality of life updates thanks to your feedback.

The first major change is our character menu. Before 2.0, Gear, Cosmetics, and Challenge Cards were all relegated to their own tabs. Our new update unifies all these pages onto a single character-focused screen. Now when you open the menu, you can access your Gear, Outfits, Emotes, Takedowns, Challenge Cards and more without having to tab through multiple pages to find the items that define your Hero. This will make navigating the menus speedier, allowing you to get back to the action more quickly. 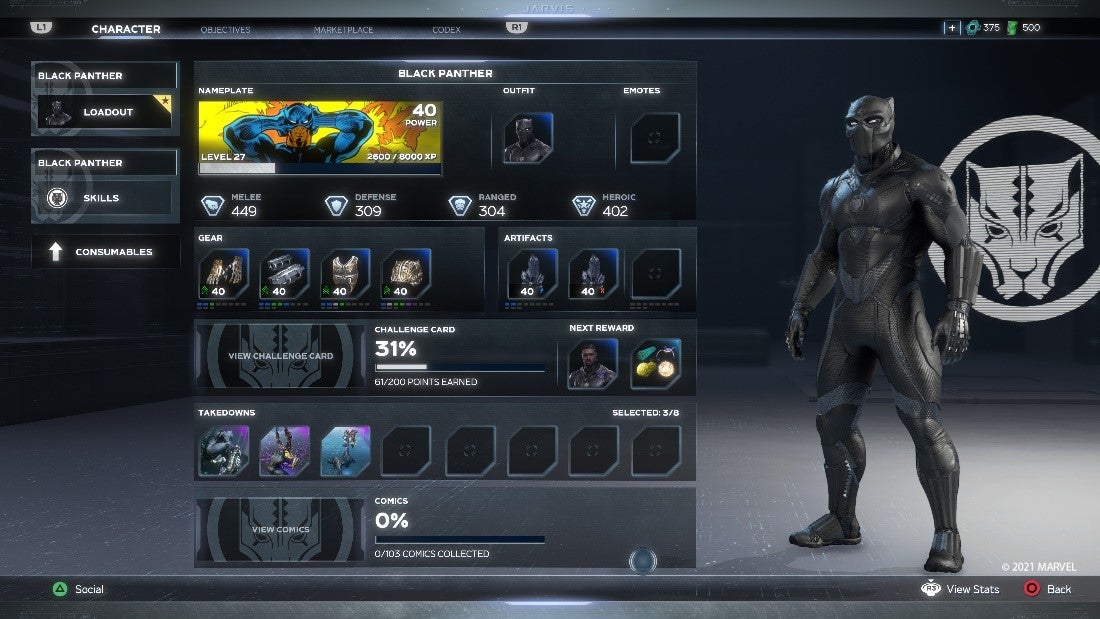 Speaking of Gear – we know you’ve been asking for this next update – we’ve implemented a “mass dismantle” feature that allows you to deconstruct old gear en masse, instead of having to dismantle them one-by-one. (We’ve made sure to add the ability to lock items so they can’t be accidentally dismantled!) Additionally, we’ve increased the number of gear slots you have in the first place before items are sent to your locker. And if you think “mass dismantle” is great, you can now “mass transfer” items to your locker as well! The locker has been upgraded to 600 storage slots. More inventory all around lays the foundation for us to add a “multiple loadouts” feature down the line.

Comparing different pieces of gear is much easier now too. In the past, you had to hold down a button to keep your gear’s stats displayed on the screen while you compared it to other pieces of gear. With our 2.0 rollout, you’ll be able to toggle our Compare feature on and off with just a button press, which keeps your selected gear’s stats locked on screen. 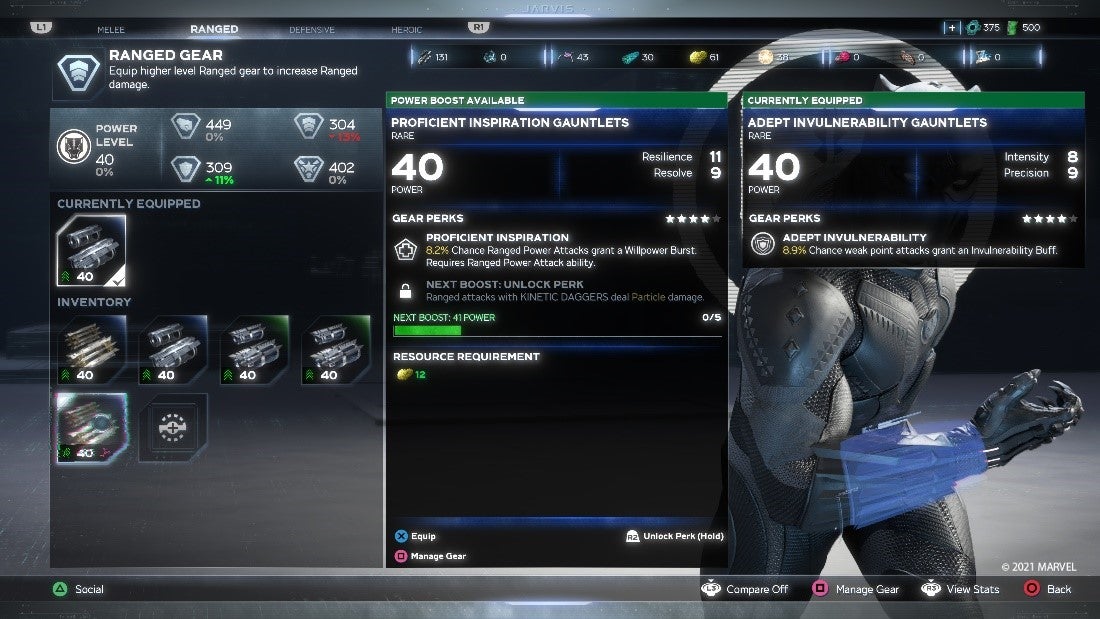 Our AIM (see what we did there?) with all of these new features is to make navigating the menus more intuitive. In that spirit, we’ve also tweaked how you access your Faction missions when you’re in an Outpost. Instead of having to travel to different terminals to access each faction’s respective missions, all faction missions are now accessible from the same terminal. 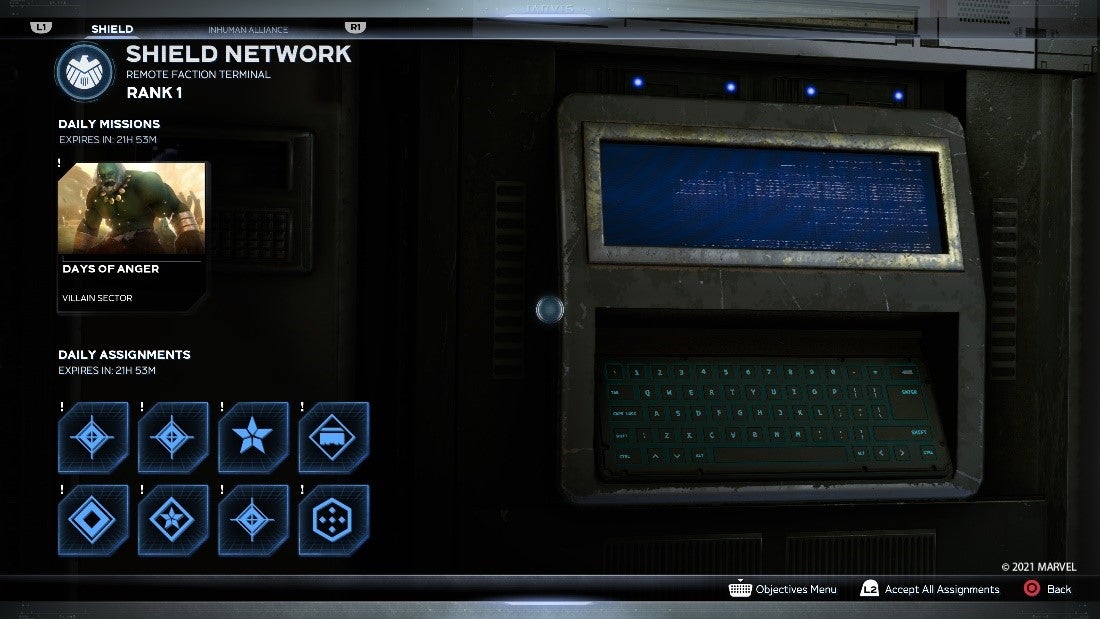 One final touch we added is more on the aesthetic side. Each Hero’s character menu is now themed after that character’s main color (Black Panther’s is black, Hawkeye’s is purple, etc.) It’s a small touch, but adding color to the screens should reinforce your understanding of which character’s menu you’re currently navigating.

Black Panther: War for Wakanda launches on Aug. 17th as a free update to any players who have already purchased the game. It adds a new playable character – the Black Panther! – hours of new story content, a new Outpost to explore, new Villains to defeat, a completely new Wakandan jungle biome, and more!