On July 27, the next panel of our roadmap will go live, which includes Omega-Level Threat: Family Reunion, multiplayer Mega Hives, and the ability to play multiple of the same Hero permanently! Let’s go into more detail about these new features.

Omega-Level Threat missions require full four-player strike teams at Power Level 145+ (the game’s maximum Power Level of 150 is recommended) and though players can run them as many times as they’d like, Omega-Level Threats award the highest-end gear for success once per week per account. We’re currently exploring allowing the weekly rewards to be given out once per week per character in the near future.

The first one we’ll be introducing is Omega-Level Threat: Family Reunion, which is a more challenging version of the Family Reunion mission from the Taking Aim Operation. The main differences you’ll notice is the new explosive fight against the Super-Adaptoid who has new tricks up its sleeve, ones that will be tough to deal with without coordination. Besides that, we have added the Attrition, Overshield, Meridian, and Supercharged modifiers to amp up the experience, meaning there’ll be a time restraint similar to Tachyon Rifts, but with lots more firepower. Finally, we have removed most of the cinematics other than Super-Adaptoid's entrance, which you can skip. 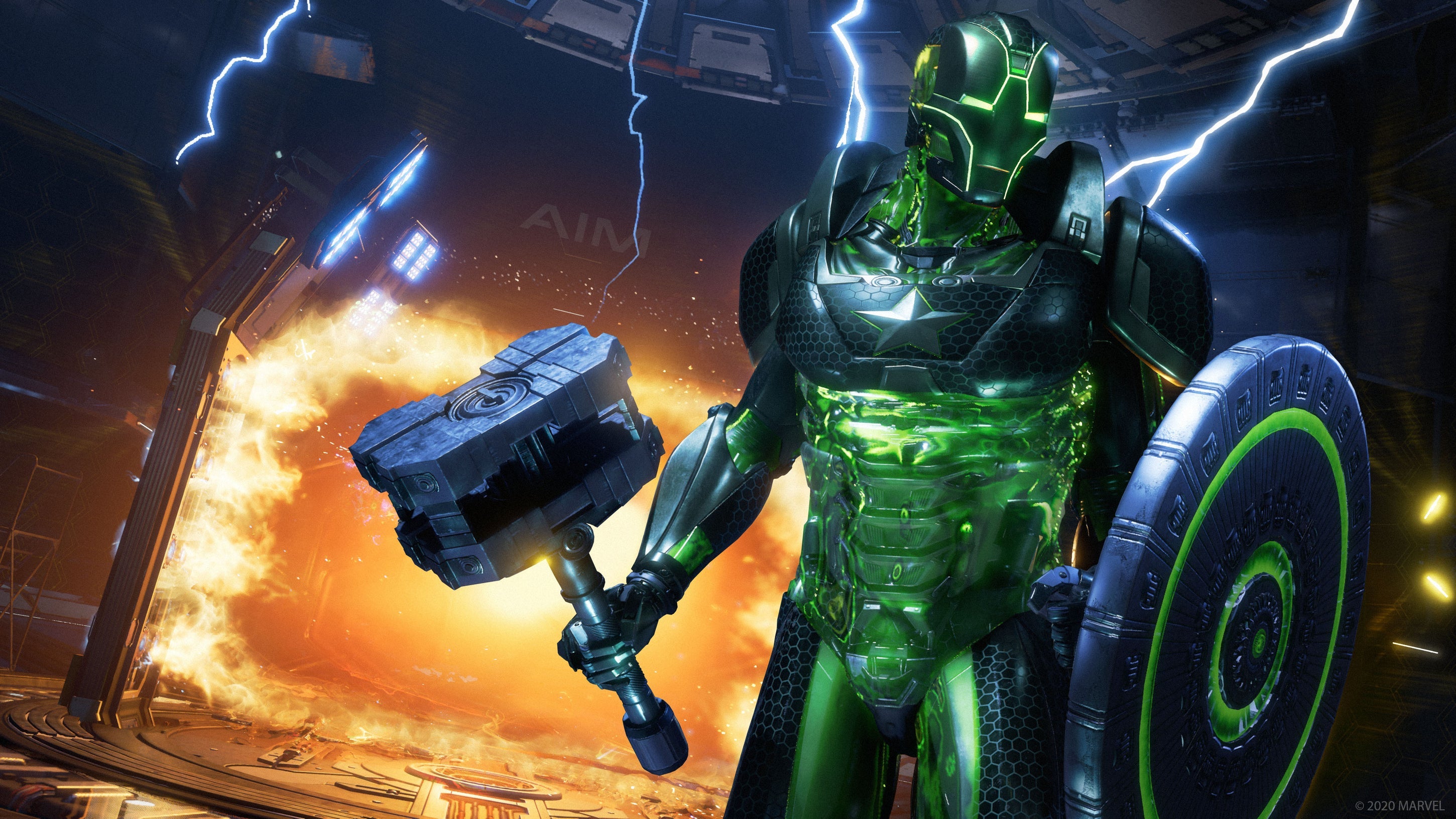 This is just the start of Omega-Level Threats and meant to be a glimpse into how they will feel as we introduce more of them. Future Omega-Level Threats like the one that will take place in Wakanda further down the road - and after the War for Wakanda Expansion releases - will be entirely unique with specialized challenges or enemies that push our game’s stories further...so this is very much just the start of new things to come!

Let’s talk about the gear you can get from completing Omega-Level Threat: Family Reunion!

Some Heroes might have less Perks than others when it comes to this set’s preferred status effects. As we update gear going beyond Wakanda, this set, like Hivemind before it, will get updated to complete each Hero’s Perk list. Looking at you Hulk.

With proper strategy and timing, Omega gear looks to expand your Hero’s combat capabilities. Slot in a combination of payload and reactive Perks, and you have a set that can augment other builds or become something chaotically beautiful.

In response to player feedback, Mega Hives will finally allow multiplayer on July 27! When players first log in after installing patch 1.8.2, they’ll see a new mission that will introduce them to multiplayer Mega Hives. Players who still want to take on Mega Hives by themselves can still do so. Once this new feature is added, only Hivemind gear will drop from Mega Hives, both single and multiplayer.

The reward structure will be the similar split of 1 Hivemind piece for the Melee/Ranged slot and 1 for the Defense/Heroic slot.

Coinciding with the multiplayer Mega Hive update, we also wanted to enable players to earn even more Exotic gear per week, so we are revamping the Priority Missions, which will now drop the Exotic Hero Set gear that was previously awarded in Mega Hives. To make this content more compelling, we are combining the missions into a single weekly mission that will be higher Power Level to offer players more of the challenge they are asking for.

This Exotic gear is guaranteed and will replace the Priority gear normally given out in these missions. Priority gear will go through a bit of a rework/rename and will find a new place.

Due to further tampering by AIM, the ability to play multiple of the same Hero in matchmaking and in Strike Teams is now permanent. We can’t wait to see how you take on Omega-Level Threat: Family Reunion and multiplayer Mega Hives with new Hero combinations now available. Thank you for the feedback!

We’ll be publishing patch notes for 1.8.2 shortly prior to the patch going live on July 27. Until then, get your Strike Teams ready – the Super-Adaptoid awaits on the horizon.