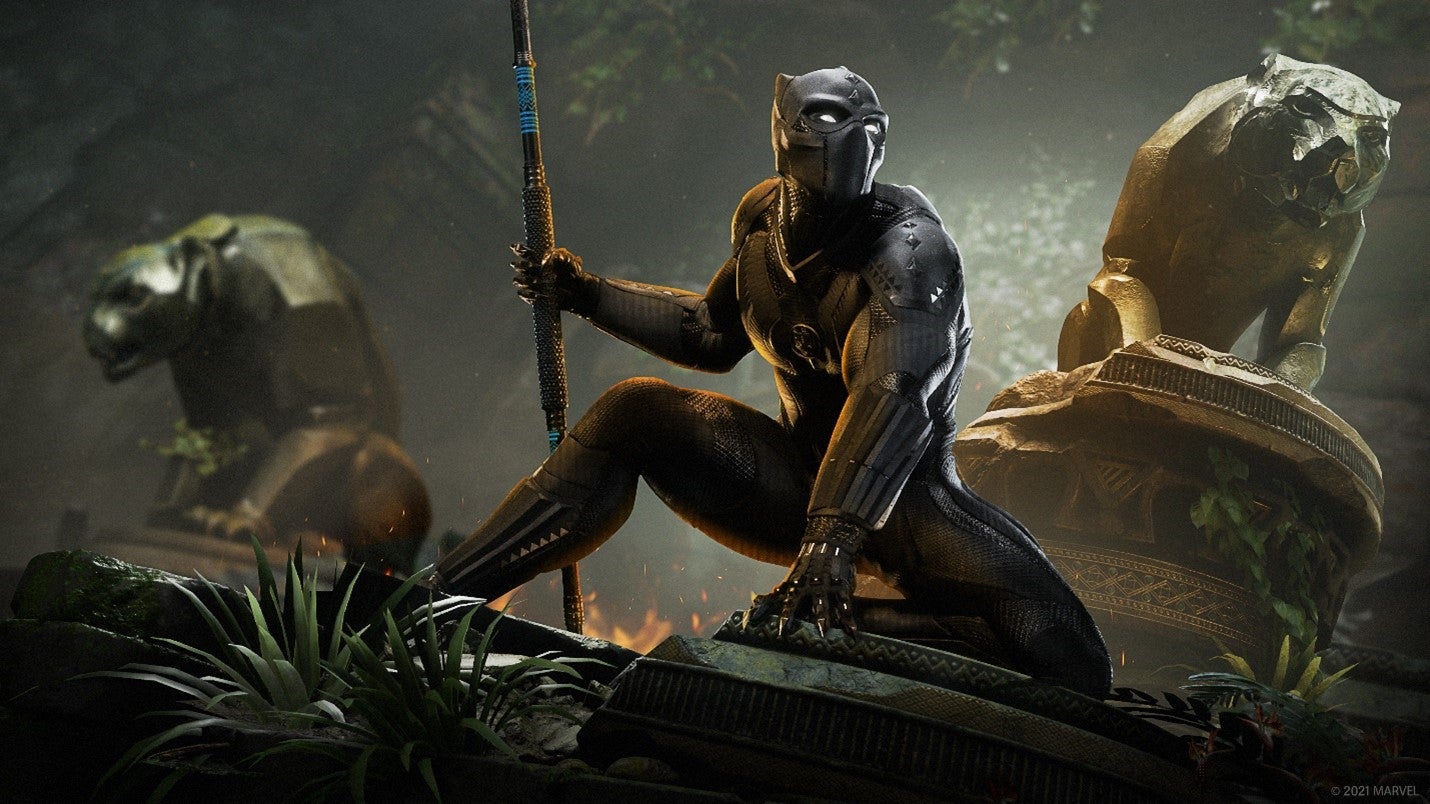 Black Panther is a fast and agile hero, quickly darting towards opponents with a flurry of claw slashes and kicks. His use of Wakanda tech is prevalent not only his defensive capabilities, but his ranged attacks and heroics as well. His link to the ancestral plain and the panther goddess Bast empowers him for his ultimate heroic. 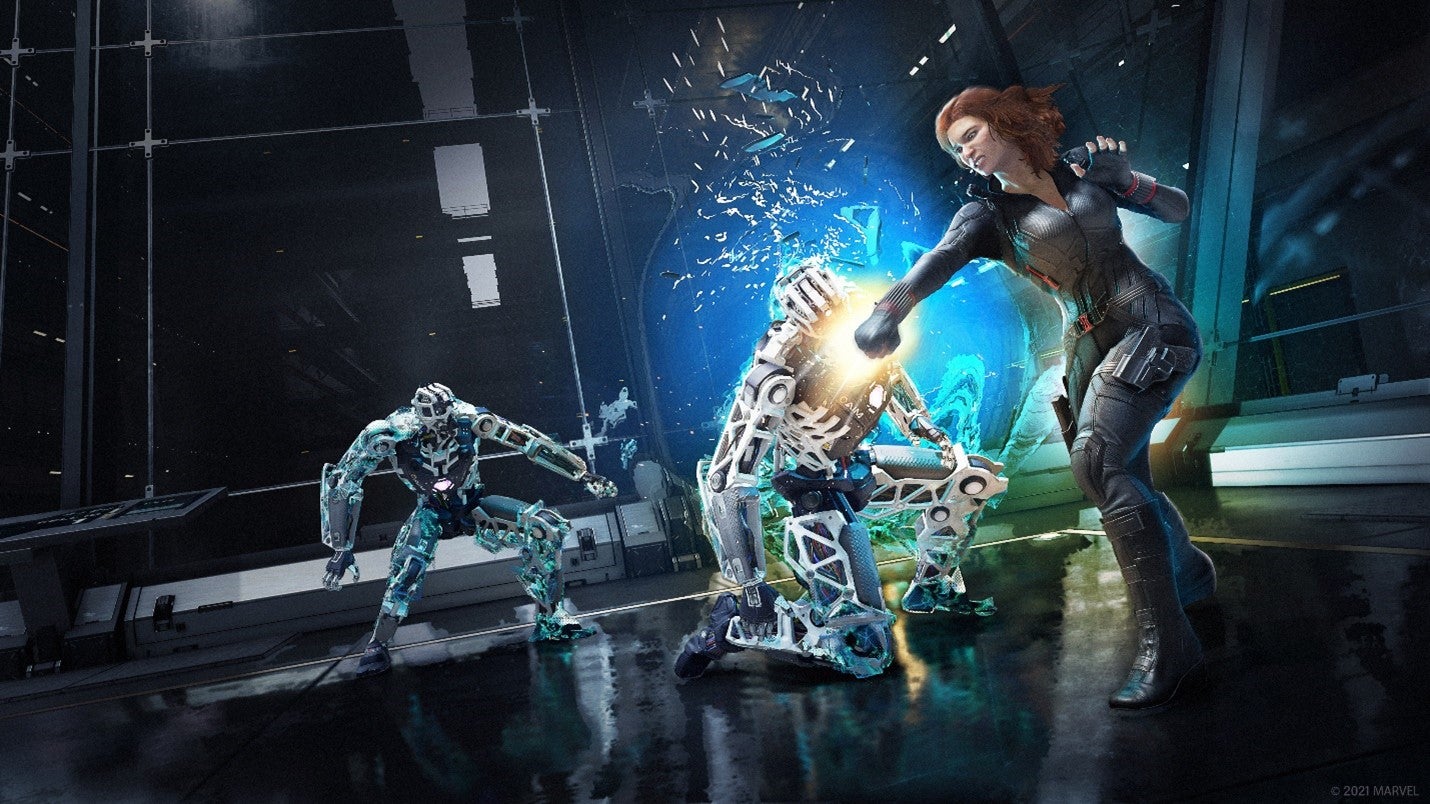 As a master spy and assassin, Black Widow can zip around the battlefield with ease using her grappling hook and Veil of Shadows. She also brings heavy artillery to take down enemies from afar using pistols and submachine guns. Black Widow turns more deadly if you can avoid taking damage with her, so make sure to watch out for enemy attacks.

Captain America is a brawler, who can act as an anchor for the team, utilizing his shield to block damage and taunt enemies. He can also use his shield offensively to target multiple enemies at once at a distance and can perform Takedowns with ease. 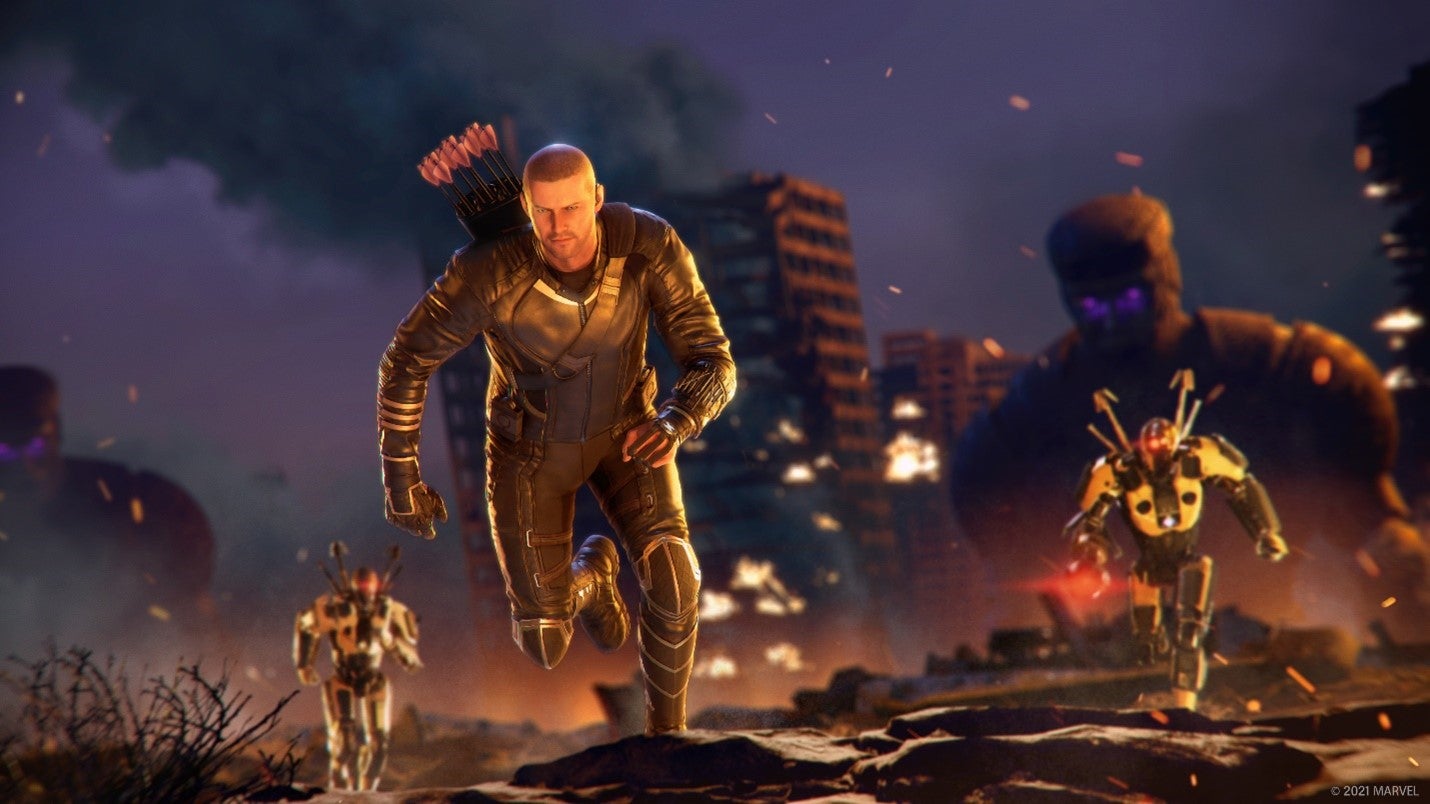 Clint Barton is a master archer and a master swordsman who has no trouble attacking enemies up close, but really excels when he uses his bow. With a plethora of arrow types for every situation, Hawkeye is perfect for players who prefer ranged damage – and lots of it. When in a pinch, he can also use Recovery Arrow to place down a healing field. 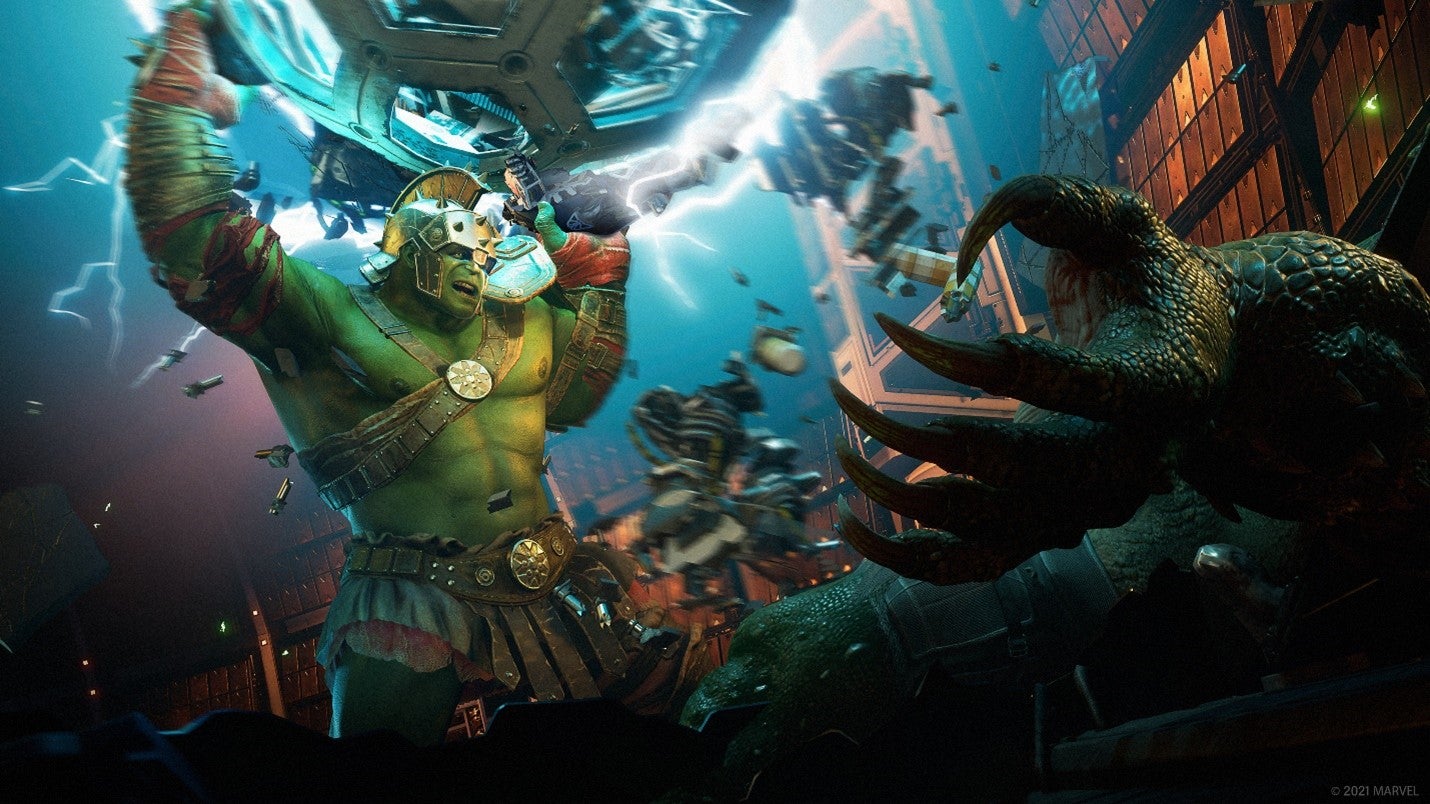 SMASH! Hulk’s job is to cause massive chaos throughout the battlefield with his multiple AoE attacks and ability to do a smashing amount of damage. Coupled with his ability to Rage, which heals him when he lands a blow, and the ability to throw rocks, he is a formidable tank that is unstoppable. 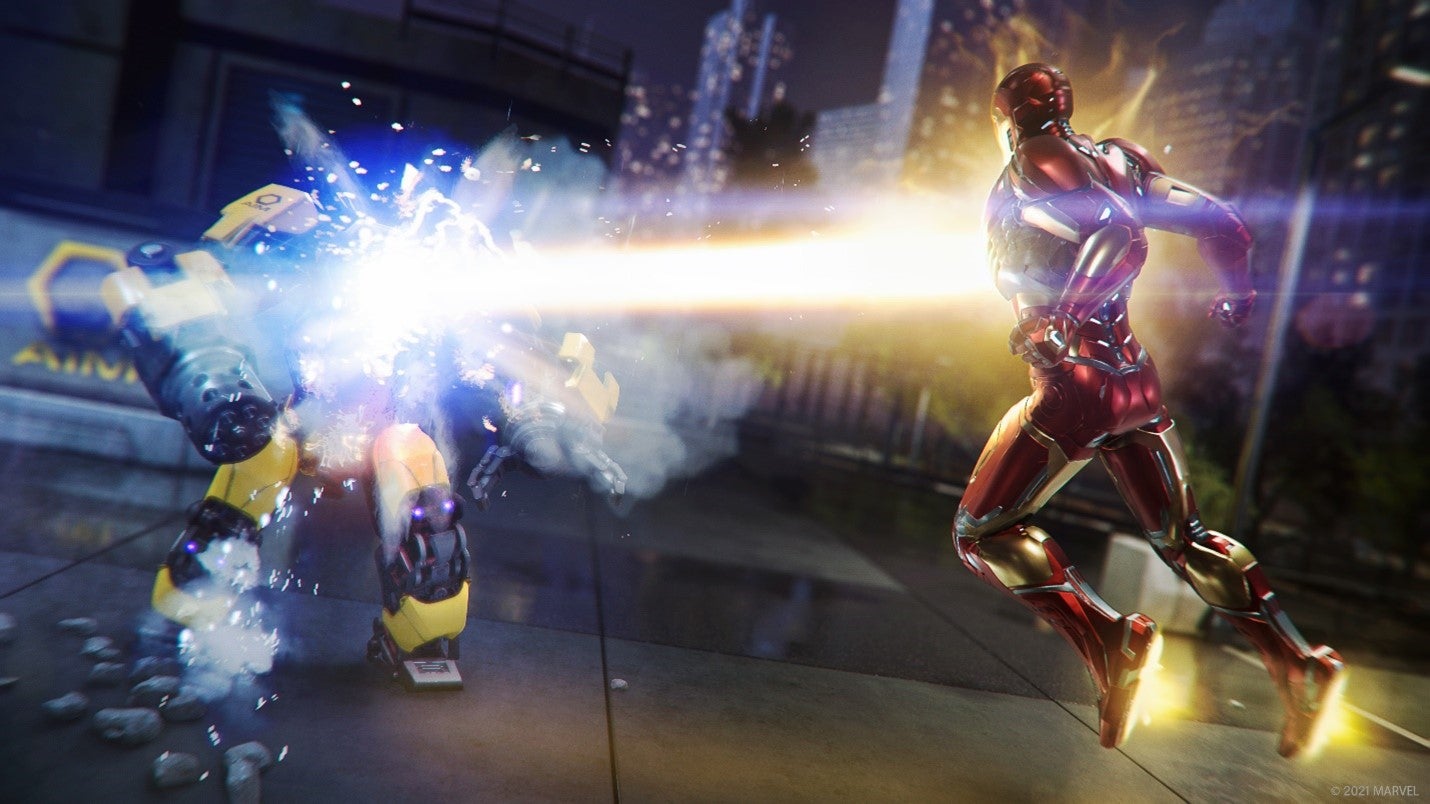 Tony Stark can dart through the air with incredible speed and utilizes his many weapons in various situations. Able to freely change his attacks from repulsors to lasers to rockets in a pinch while looking stylish, Iron Man is a favorite for players who want some explosive fun while managing his resources. 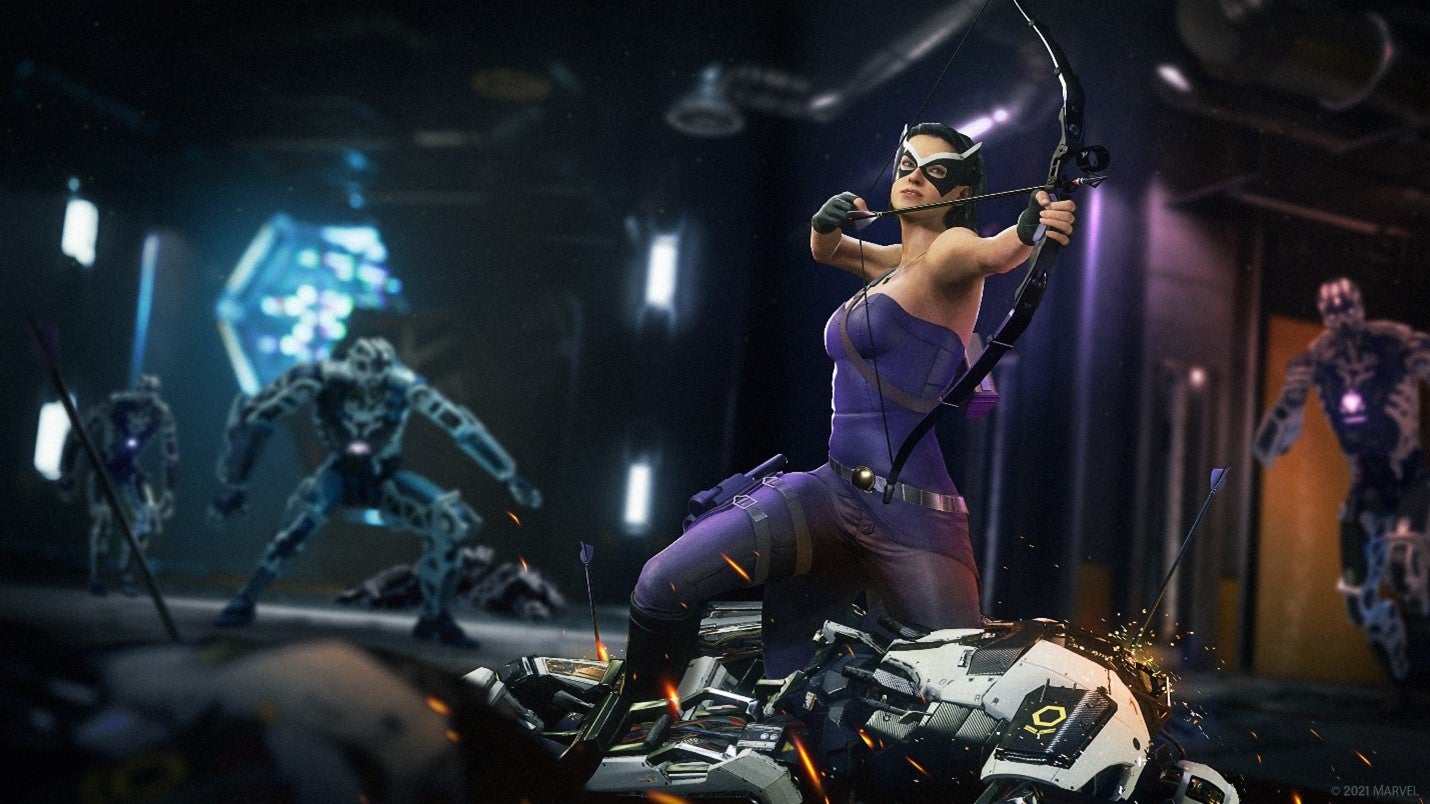 As Hawkeye’s protégé, Kate learned a lot from Clint, but she has her own set of skills that highlight her equally impressive bow and sword skills. Kate also was able to steal and repurpose some of AIM’s technology, which she has incorporated into her moveset for teleporting shenanigans that will take enemies by surprise. 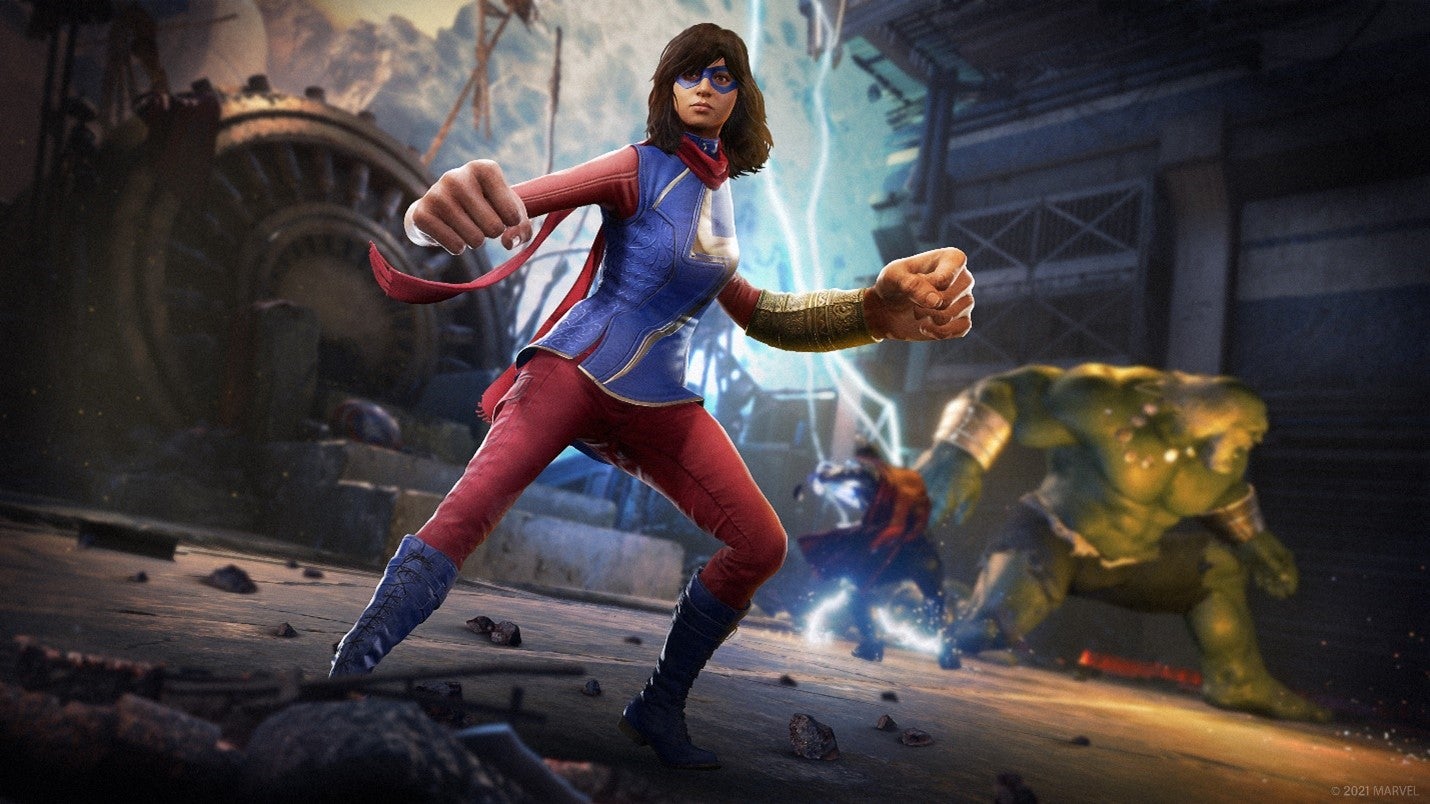 Kamala Khan has the ability to Polymorph, able to stretch and embiggen her body in creative ways to take down enemies within striking distance. She excels at fighting hordes of enemies around her, but can also grab single enemies to deal decent damage. Finally, Ms. Marvel is an expert healer who can save a team from certain defeat. 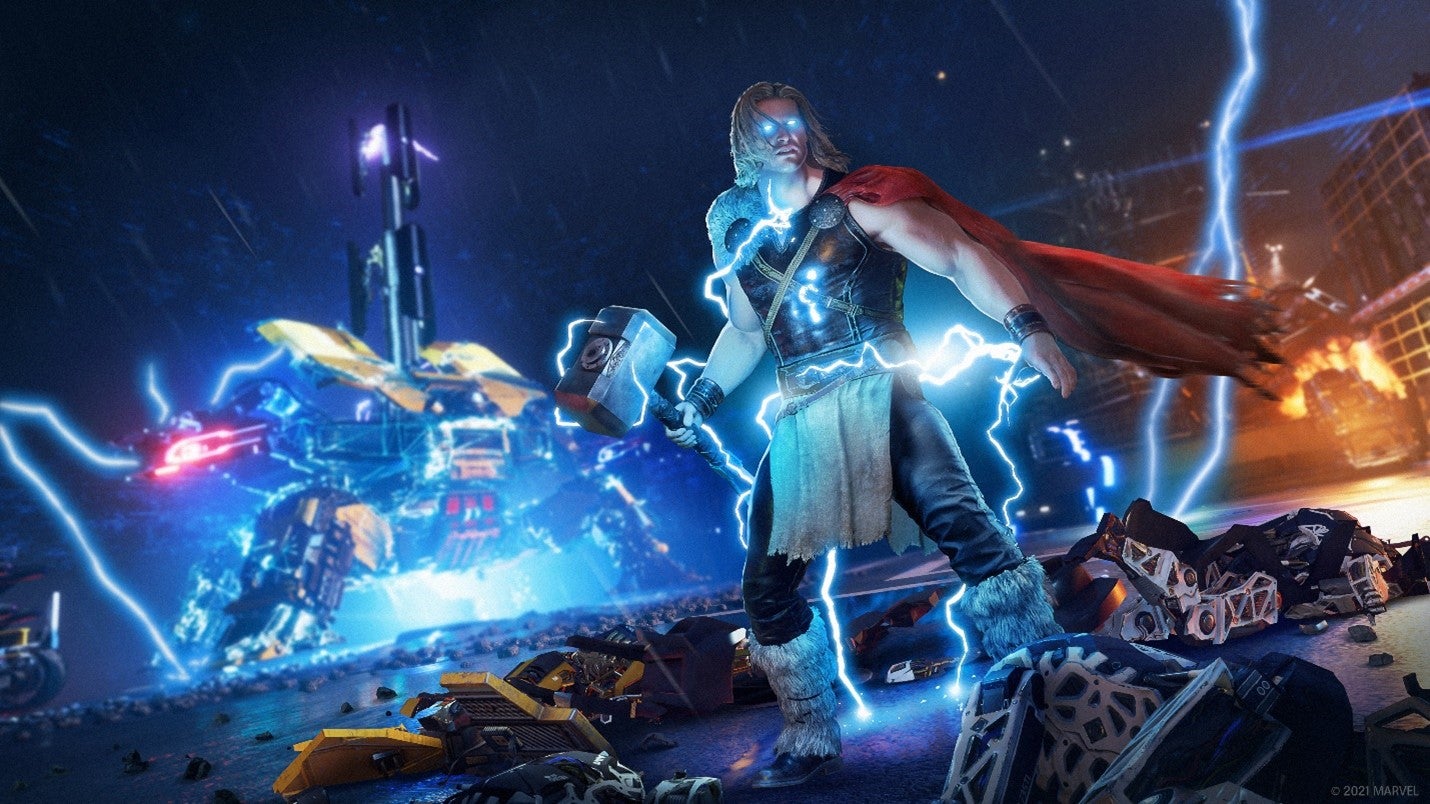 Bring the thunder with the god of thunder, Thor! Excelling at AoE (area of effect) attacks and applying Shock damage, Thor can fly through the skies to rain down chaos from above. He can throw Mjolnir at enemies to pin them while fighting barehanded and seamlessly call Mjolnir back to his hand. Utilizing Mjolnir’s intricacies and pure destructive power is key when it comes to using Thor.

Tip from Discord user kyris007 - Thor and several other characters can access their Heavy Combo Finisher after a dodge mid-combo. This must be performed during the penultimate hit of a combo. Dodge, then press your desired Light/Heavy Finisher button without inputting any direction. This can also be used during a combo finisher to 'double up' on combo finishers. Make sure to dodge before the end of the combo finisher.