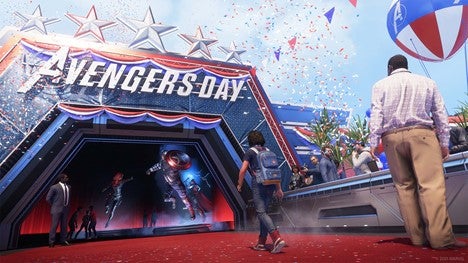 The Reassemble Campaign is the beginning of the Marvel’s Avengers storyline. After the A-Day disaster that killed thousands and created a population of Inhumans, the mighty Avengers disbanded. In the vacuum they left behind, the mega-corporation AIM stepped in as the savior who would protect the world with technology, not superpowers. They pledged to “help” Inhumans, keep the peace through surveillance, and made any support of the Avengers taboo. But there remain some people who resist AIM’s technocratic rule and defy their dogma—people who still believe in the Avengers. People like Kamala Khan, devoted fangirl, fanfiction writer, and secret Inhuman. Follow her in her journey across the world to reunite the Avengers, take on AIM, and become the Hero she always was.

By playing through the entire Reassemble Campaign, you can get:

The following Operations can be played single-player or up to four-person co-op. At the home screen (the “Play” page at the top of the screen), find the tab at the bottom left named “Operations”. From here, you can select your desired campaign. You can start Operations via the Avengers Initiative as well. 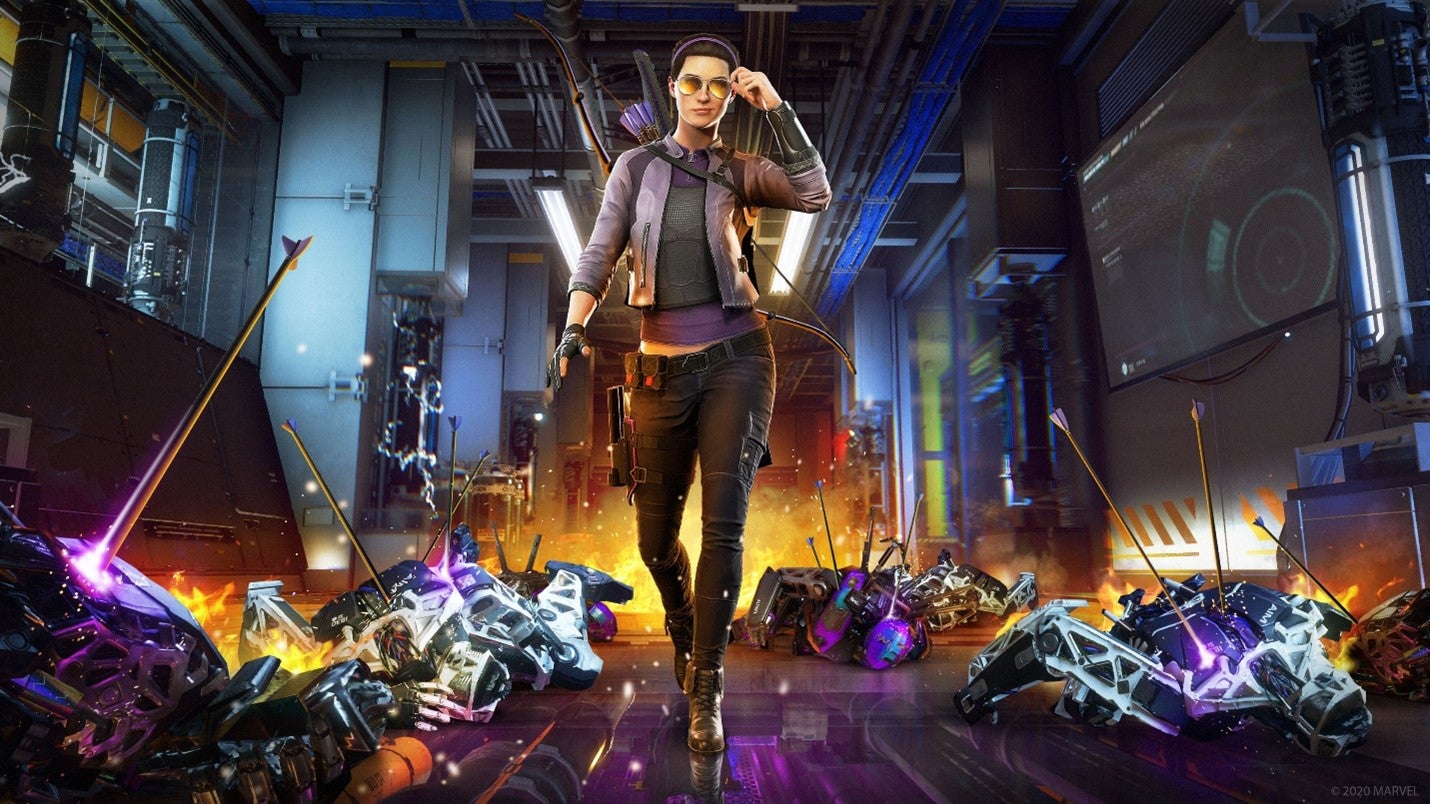 Taking AIM introduces us to our first post-launch playable Hero, Kate Bishop, a master archer, skilled gymnast, and expert of sarcasm and snark. She was on the fast-track to becoming an Avenger when the A-Day disaster struck, effectively nullifying that path. At a loss in a world without the Avengers, Kate teams up with her mentor Clint Barton to investigate Nick Fury's mysterious disappearance. However, during their search, they uncover AIM's secret new enterprise: the Tachyon Project. While investigating AIM’s plans and tracking down time-warping Tachyon Rifts, Clint also goes missing. Adrift, alone, and with more questions than answers, Kate decides to work with the reassembled Avengers once again to thwart AIM, find Clint, and become an Avenger in her own right.

By playing through the entire Taking AIM Operation, you can get: 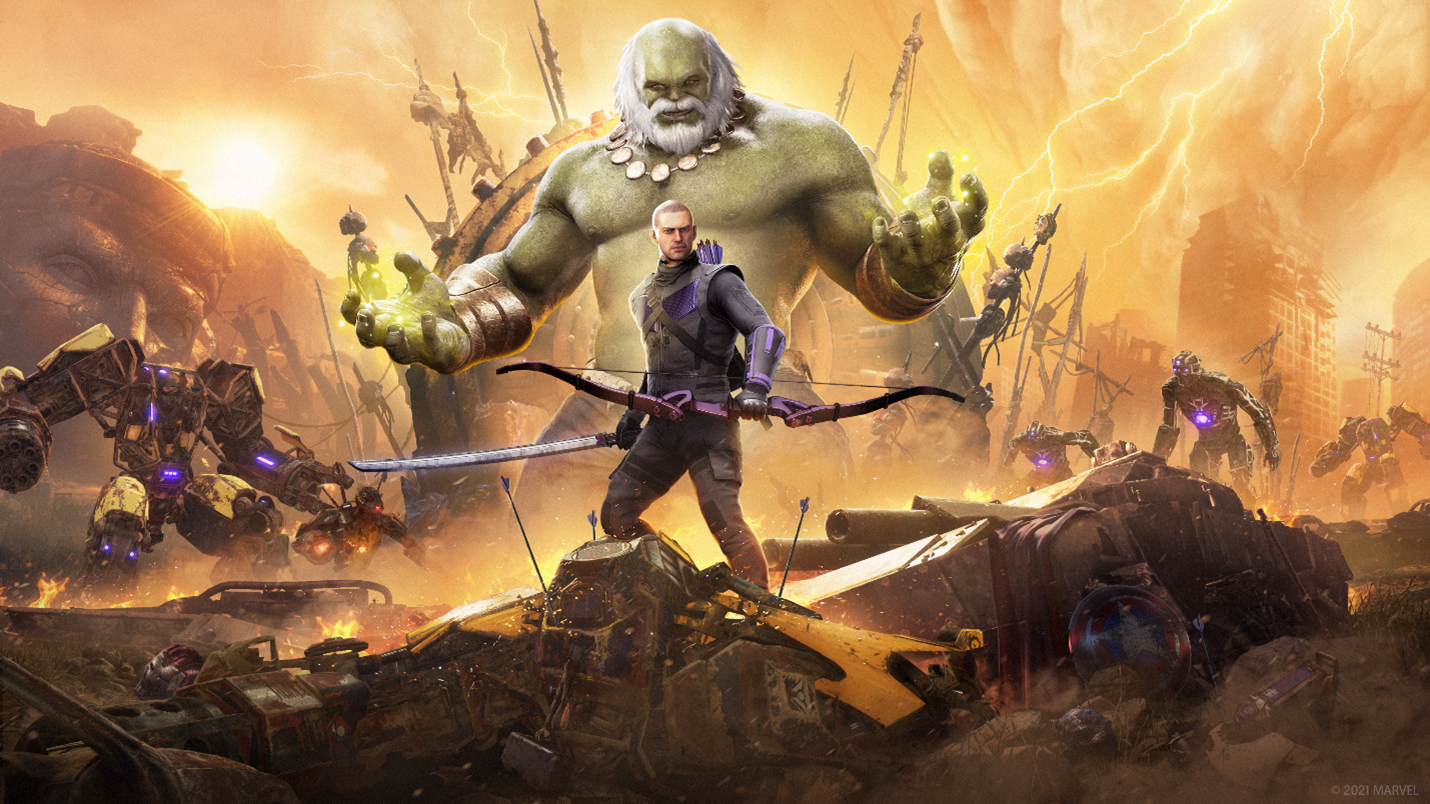 Though he returned to the safety of the Helicarrier and reunited with the Avengers at the end of Taking AIM, peril follows Hawkeye; shortly after arriving, he falls into a coma. He experiences an alarming vision of the future and finally awakens weeks later, puzzled and defeated by what he has seen. Meanwhile, the head of AIM, Monica Rappaccini, is experimenting with cosmic energy so powerful that it can destroy reality itself—power that definitely should not be left in her evil hands. The two Hawkeyes Clint Barton and Kate Bishop must get to the bottom of a conspiracy involving a bridge through time, the missing Nick Fury, and familiar faces of allies and enemies alike in the merciless Wasteland humanity once called their home: future Earth, broken by the Kree invasion and barren of almost all life. Armed with his bow, sword, and knowledge of the grim events to come, it's ultimately up to Clint to stop the end of the world.

Future Imperfect introduces Hawkeye as a playable Hero! Better known as Hawkeye, Clint is a master archer, swordsman, and loving dog dad. Though he struggles with feeling like a true part of the Avengers team, he is the key to unraveling AIM's secret Tachyon Project. Through him, you’ll get acquainted with the Wasteland biome. It is Earth many years in the future, an unrecognizable arid desert home only to the dust and silence of a lifeless world. 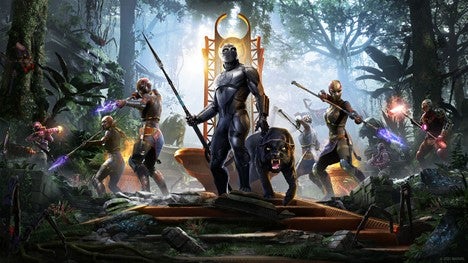 A lush jungle disguises the advanced nation of Wakanda, unconquered and unknown to the world for millennia. It is the home of the Black Panther and sole location of the world's Vibranium—an extraordinary, incredibly sought-after metal. A metal that several parties would kill for.

Though Monica was thwarted by Clint in Future Imperfect, she’s nothing if not coldly persistent, and her eyes are set on her next prize: Wakanda’s Vibranium. She employs Ulysses Klaue, a dangerously charismatic arms dealer with a personal vendetta. Their armies lay siege to the nation, ready to take its Vibranium by any means necessary.

King T'Challa is the Black Panther, devoted protector and current ruler of Wakanda. Blindsided by the betrayal against his father and the resulting tragedy, T'Challa finds it difficult to entrust this duty to anyone else—even his sister Shuri—for fear of their loyalty and lives. He is determined to stop the invasion himself, putting his life on the line to protect his beloved home. As his people are harmed, his buildings destroyed, and his nation's own technology turned against him, he must decide: can he trust Shuri, the Avengers, and Wakanda itself? Or will he continue to wage this war alone?

War for Wakanda is our biggest content drop to date, and brings with it a brand new Wakandan jungle biome, many Wakandan outposts outfitted with the nation’s technology and architecture, new missions and puzzles, fan favorite characters, new enemies and villains, and, of course, the Black Panther himself as a playable Hero!

By playing through the entire War for Wakanda Expansion, you can get:

You can replay any of these Campaigns and Operations at any time by going to the War Table and going to the Operation Selector. Proceed to reset your progress and experience these stories all over again with your current gear, Hero levels, cosmetics, and Skills. 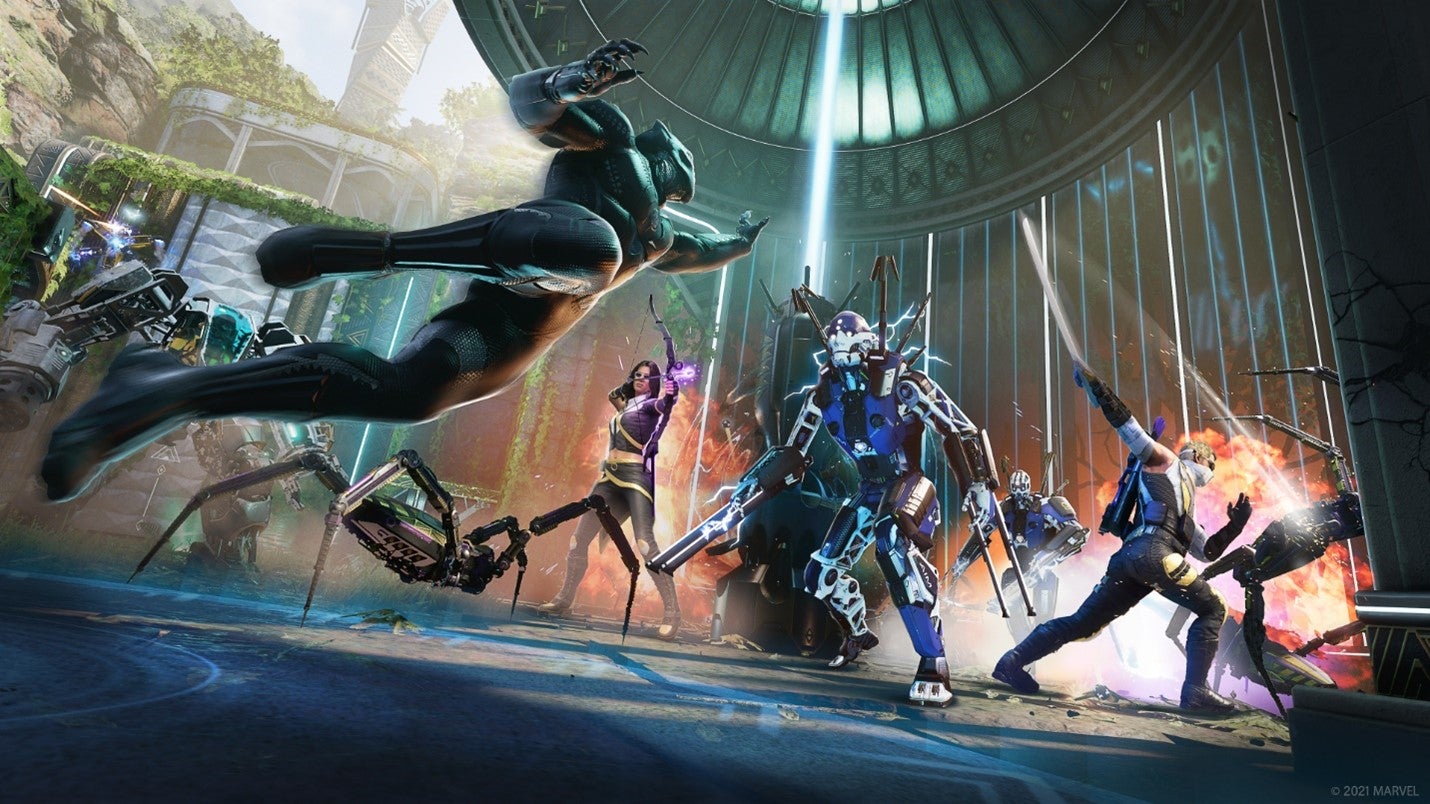 As you may have seen in the ending to the Reassemble Campaign, Monica Rappaccini is now the head of AIM and retains her hunger for technological – and biological - advancement. It’s up to the Avengers to find out what she has planned and to stop it at all costs.

The Reigning Supreme Mission Chain can be viewed in the Objectives menu and requires you to complete nine different missions, each with their own set of objectives. Each of these nine steps introduces you to a different type of mission and activity you can partake in that will grant you all the rewards you need along with continuing each Hero’s individual narratives.

Further down the Reigning Supreme Mission Chain is the Heroic Avengers Mission Chain. These Mission Chains also open up during the Reassemble Campaign after each Avengers is recruited back into the Avengers, so you don’t have to wait until Reigning Supreme to complete them. Finish all six Avengers’ Heroic Missions in order to complete this step, which will reward you will the Ring of Nibelung Exotic Artifact that generates a random bounty of Regen Packs, Heroic Orbs, or Intrinsic Orbs.

Heroic Missions were unlocked over the course of the Reassemble Campaign and chances are, you may have already completed a few of them. Each Heroic Mission expands upon one of the original six Avengers’ narratives and gives you a glimpse as to what they’re up to during the course of the game complete with additional cinematics and rewards.

Fight through to the deepest level of a massive, high-security subterranean installation with a relay of several Avengers. As one Avenger falls, the next takes their place—once all Heroes are downed, the mission is lost. This 14-floor gauntlet of a mission will test your individual skills since it is single-player only. Having multiple Heroes at Power Level 130 will exponentially increase your chance of completing it. Last Avenger Standing is also the last step of the Reigning Supreme Mission Chain.

It’s during Reigning Supreme where you’ll be introduced to the two Factions: SHIELD and the Inhuman Alliance. Accept Daily Assignments and Villain Sectors from the Faction Terminals in any Outpost to earn various resources. You can find the two Faction Coordinators or consoles to speak to them remotely in any outpost regardless of where they are in person.

Completing their assignments will grant Faction XP that increases the respective Faction Level. Rewards for leveling up Faction Level include Upgrade Modules, gear, and Norn Stone Artifacts. Assignments also reward you with Polychoron, a resource you’ll need to level up your Artifacts. 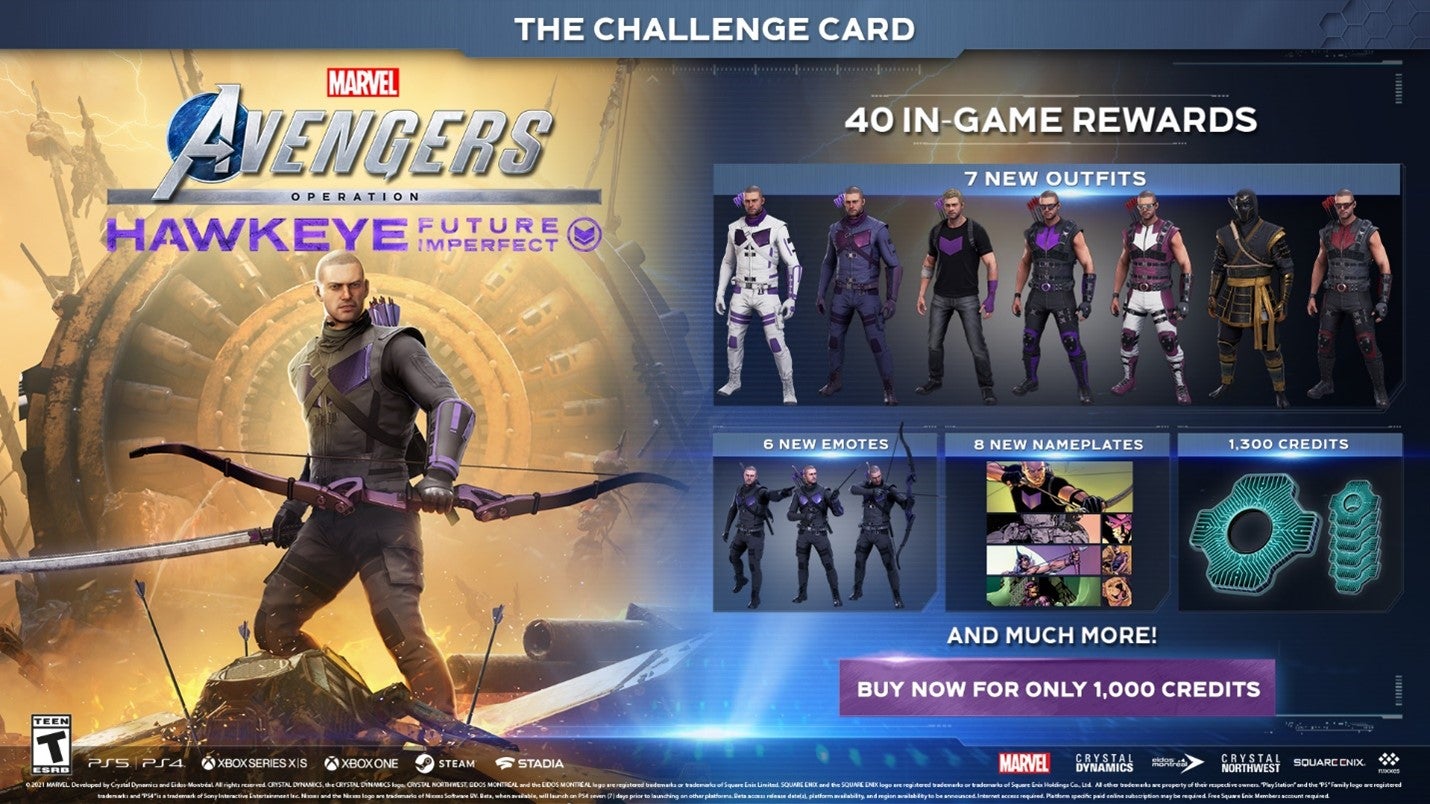 Each Hero has a Challenge Card located in the center of the Character Menu UI. Completing Daily and Weekly Challenges will grant you Challenge Points, which will unlock various rewards as you go. These Challenges are often easy to complete, but if you don’t like a certain one, you can always refresh one of them. There are also some creative ways to complete these challenges like Dismantling a Minor Artifact in order to get Uru rather than looking for it.

Exotic Gear Mission Chains (Where do I get Exotics?)

Once you have a Hero that is Level 50 and Power Level 130-150, the chase for the best gear begins! Please see our gear section for the basics, including stats, Perks, and upgrading. Exotic Gear is often the best gear you’ll find, but also the rarest. There are a few ways to get Exotic Gear, which we have mapped out below. All of these are accepted through the War Table.

Mega Hive - Consisting of 4 gauntlets, the Mega Hive is doable in single-player or multiplayer. Completing the Mega Hive will grant you two pieces of Hivemind Exotic Gear once per week.

Beating the Odds – Defeat Monica Rappaccini in this mesmerizing Villain Sector for a chance to get a piece of Storm Exotic Gear once per week.

Last Avenger Standing - In this massive 14-floor gauntlet, there is always a small chance of getting a piece of Exotic Gear upon completion.

Tachyon Missions – The first completion per day for the Tachyon Rifts have a chance to grant a piece of Storm Exotic Gear.

Events – We have rotating events such as Tachyon Anomaly, Red Room Takeover, and Corrupted Vibranium that all grant different Exotic Gear in their main Mission Chain.

Complete Rise and Shine, a Daily where you’ll need to complete a War Zone with at least one other player. There’s also a Weekly version of this mission called Up for the Challenge.