This coming week is Marvel’s Avengers’ One-Year Anniversary, and we’re celebrating in a few ways!

First, free stuff! You can grab our Anniversary Bundle (details below) from 9/2 - 9/8, which includes a new Outfit, Nameplate, and Consumables (Catalysts and Extractors).

You’ll also see a new Mission Chain – “1 Year Anniversary!” – that runs from 9/2 - 9/16. In order to complete the Mission Chain, you’ll need to complete each Campaign, including the Reassemble campaign, both the Kate and Clint Operations, and our newly released War for Wakanda Expansion. Completing the chain earns you a snazzy new Nameplate celebrating the game’s anniversary. Don’t miss out! If you already completed all of them, you’ll retroactively be granted the reward. 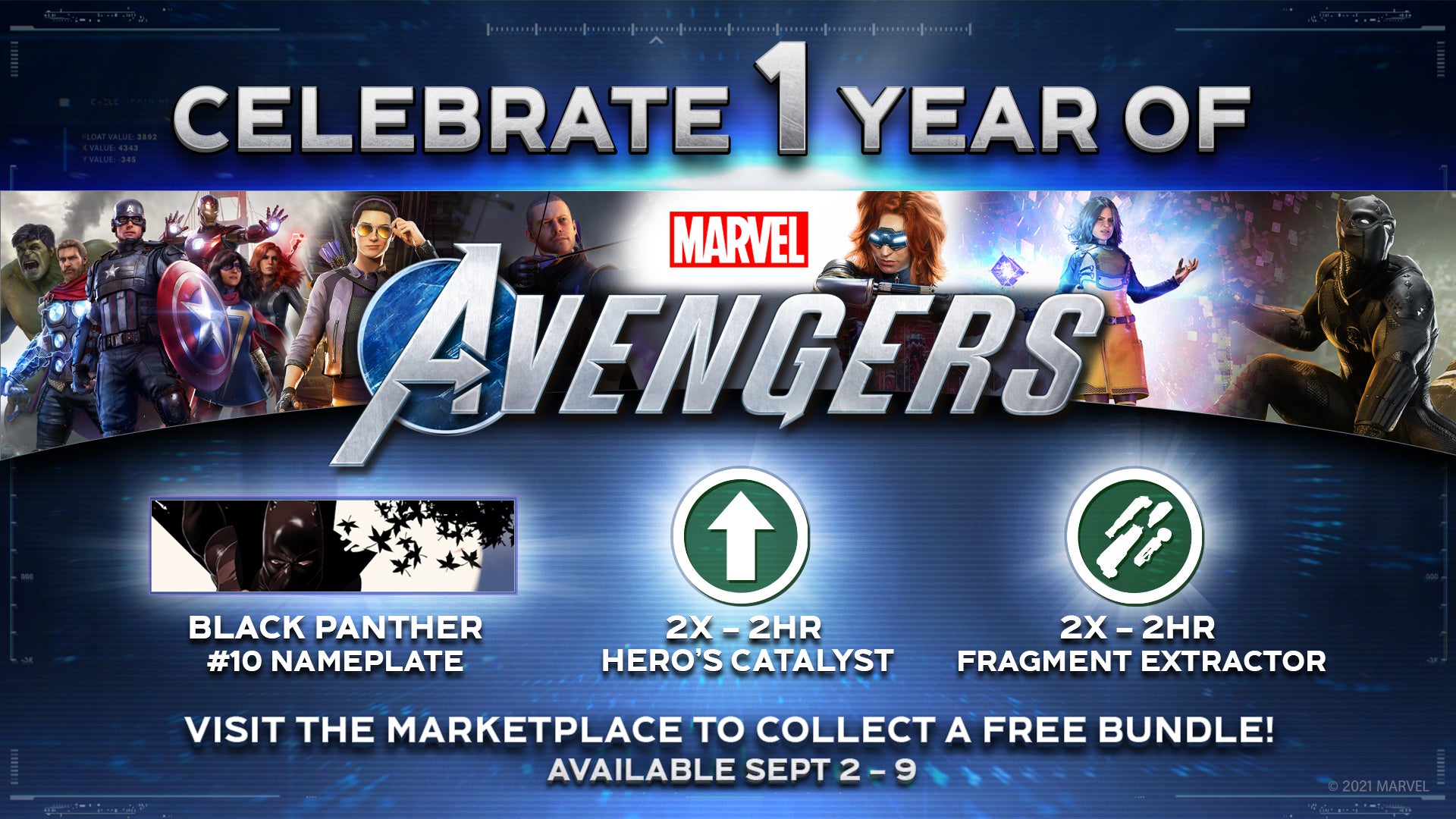 We’re introducing new Community Activities this week to help you continue your hunt for Exotics!

Our Marvel Studios’ Black Panther Outfit is the featured item this week in the Marketplace. We received so many requests to bring this Outfit to the game, so make sure to grab it! 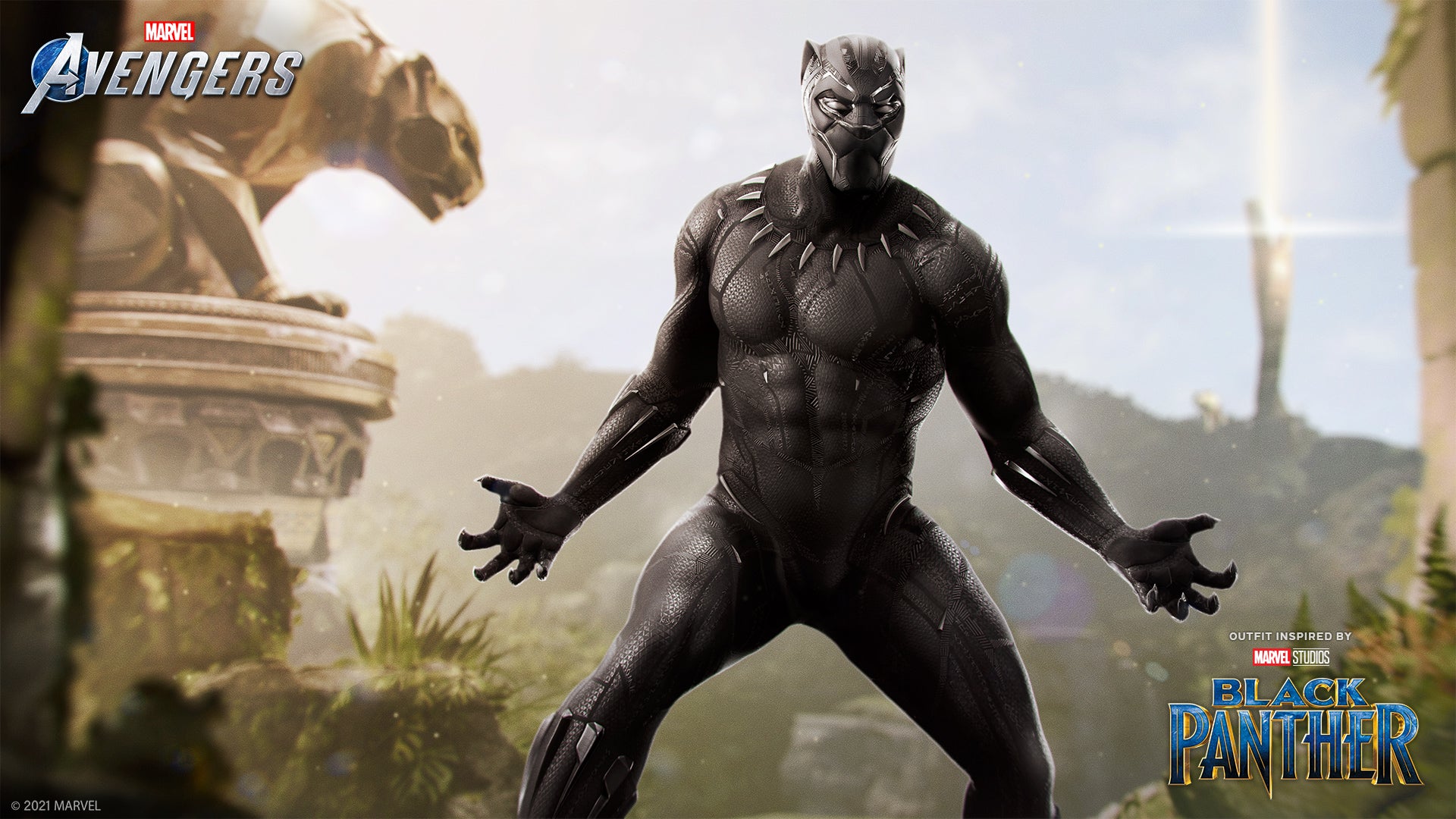 To celebrate Marvel’s Avengers’ One-Year Anniversary, this week’s free item is the Anniversary Bundle, which includes:

Fragment Extractors are a new Consumable we’re introducing to the game this week. Just like Hero Catalysts, Fragment Extractors come in different durations: 2 hours, 1 day, 3 days, and 1 week. This Consumable gives players twice as many Fragments whenever they are earned, including Mission Rewards, Strong Boxes, and dismantling Gear.

The Anniversary Bundle is only available in our Marketplace this week. Don’t miss out! 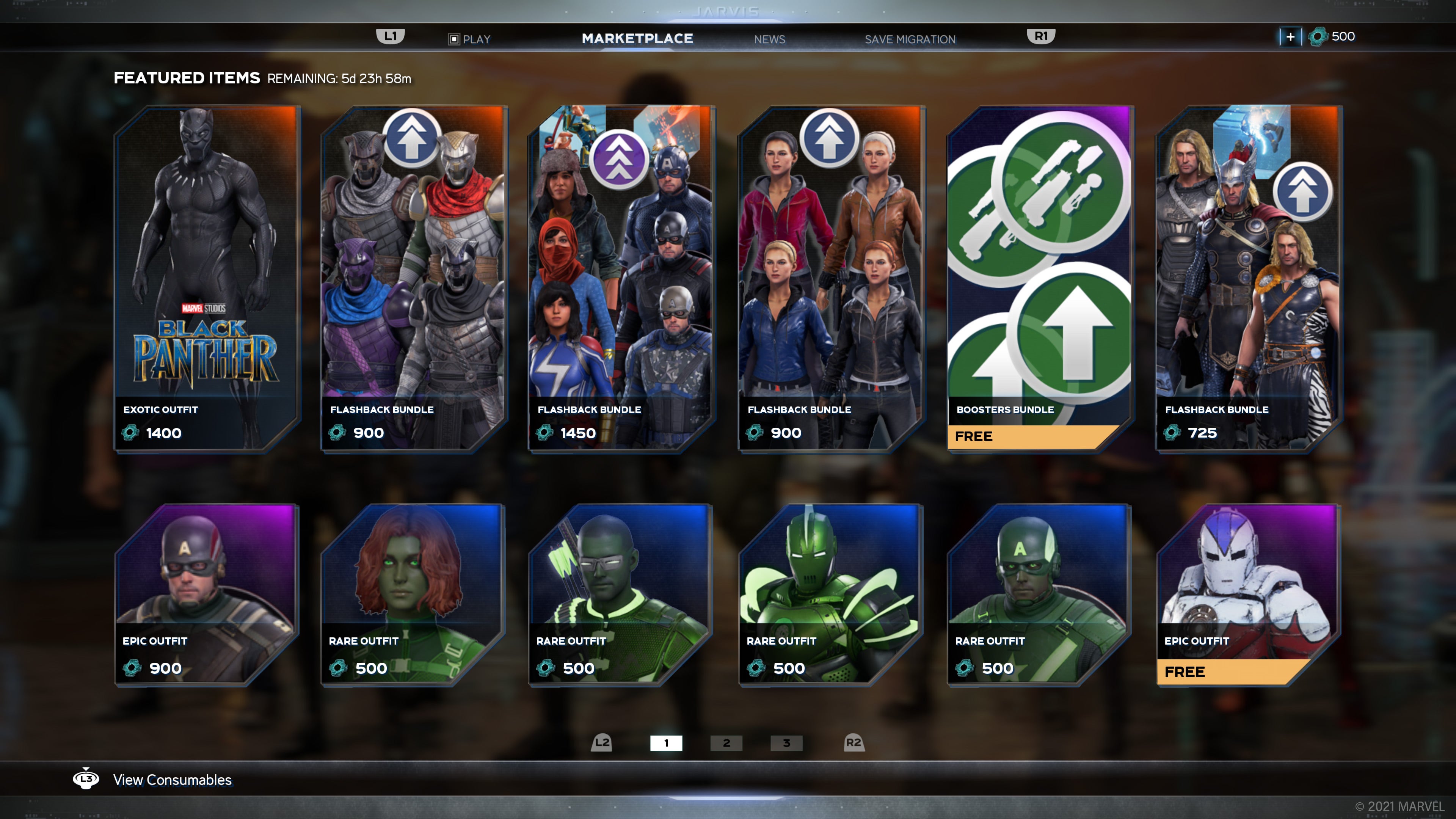 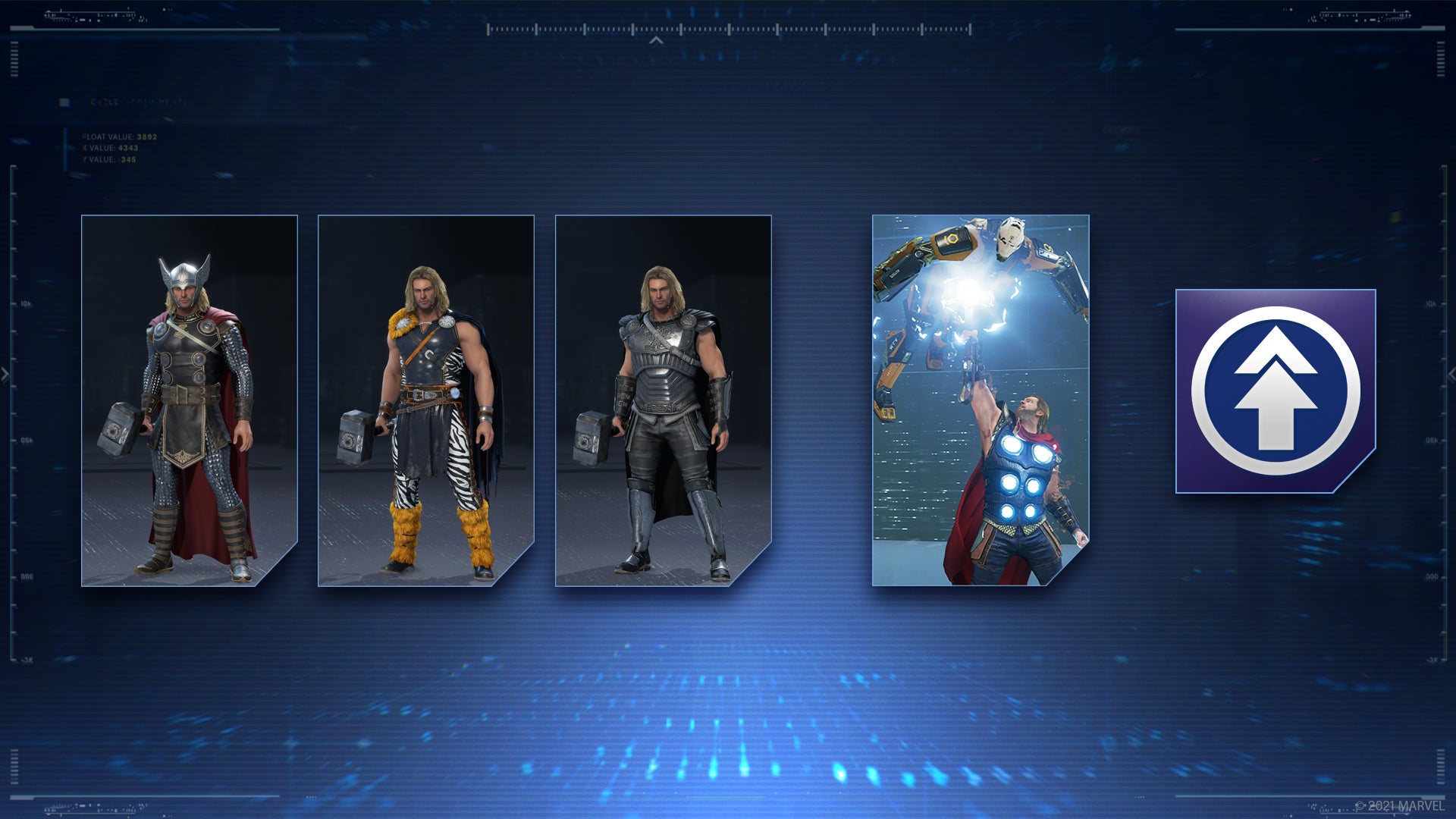 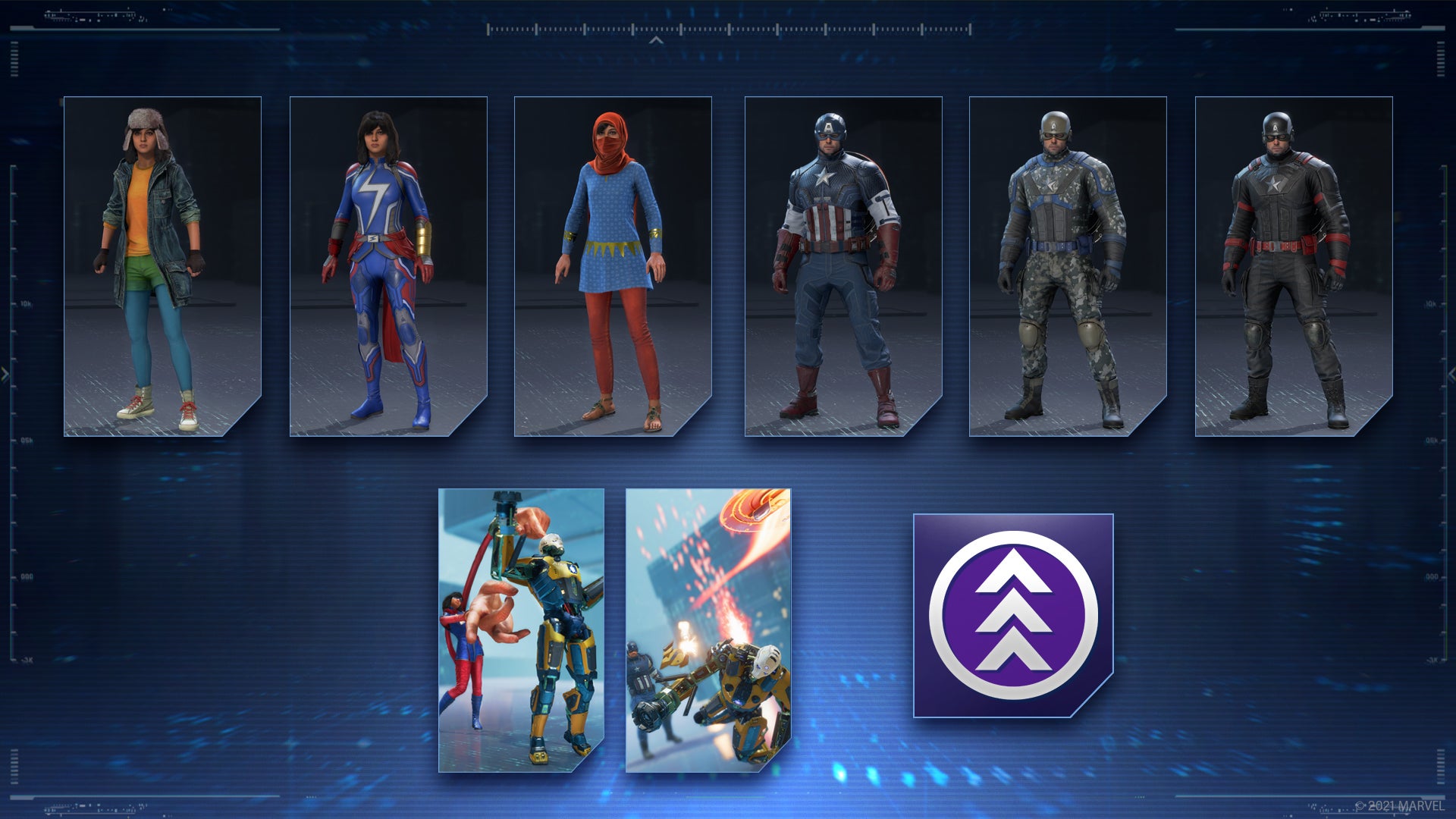 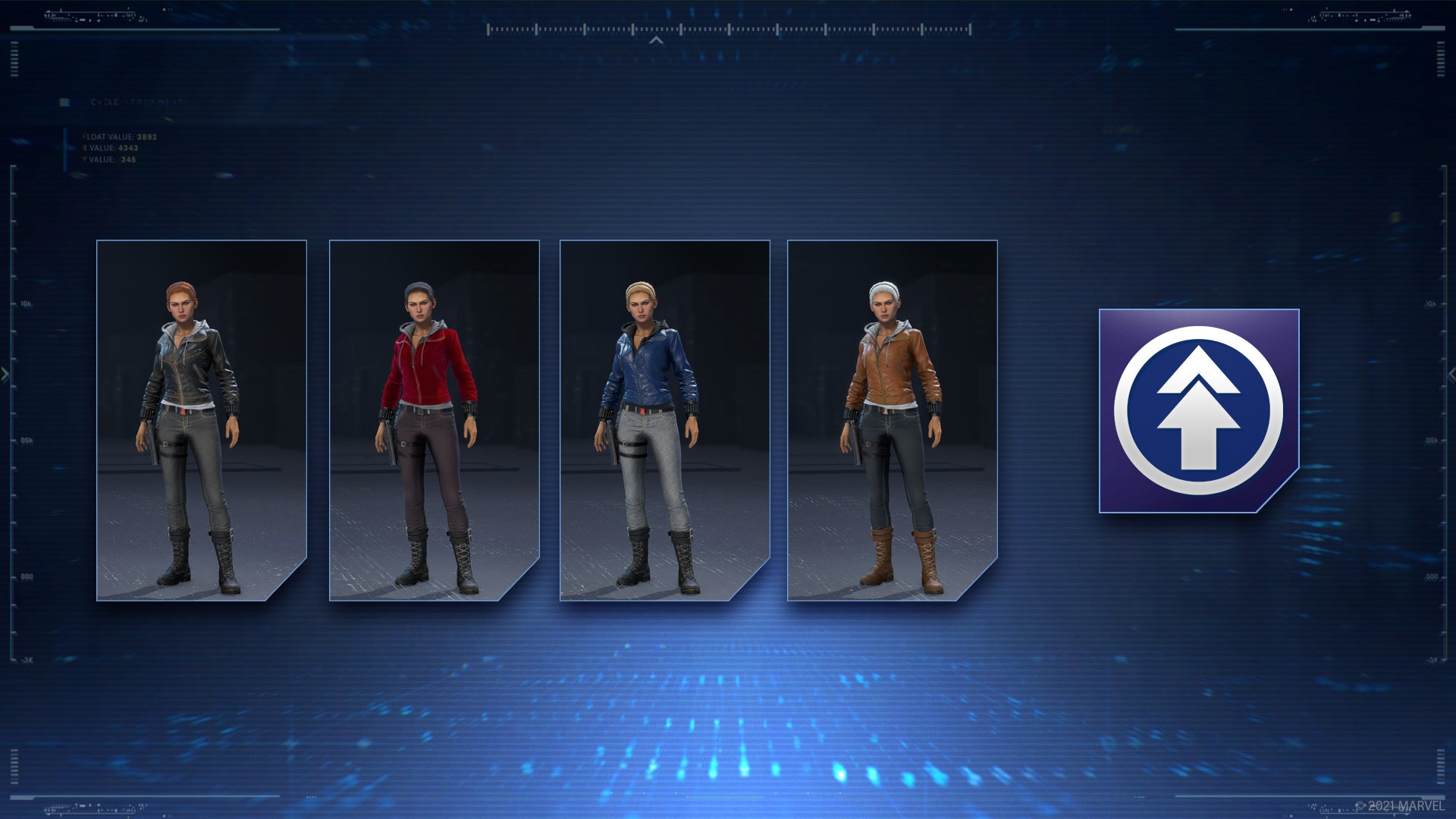 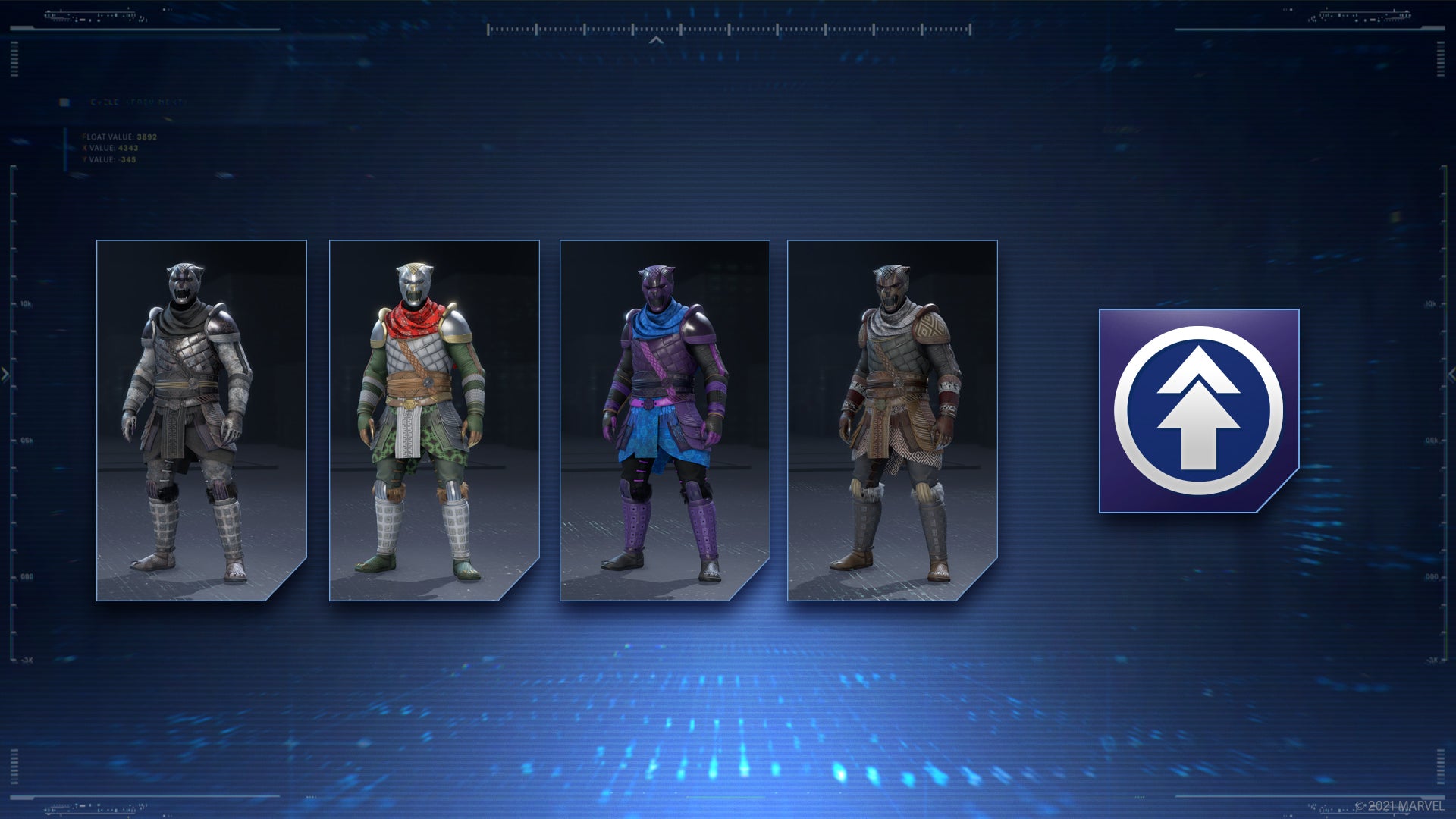 If you want some more insight into the creation of our War for Wakanda Expansion, a number of sites ran fun, insightful interviews with the cast and creatives of Marvel’s Avengers. Check some of them out below, including interviews with T’Challa voice actor Christopher Judge (God of War) and famed Black Panthercomic writer Evan Narcisse.

This week we sit down with our new Community Coordinator, Hunter Wolfe!

Can you give us a quick introduction about who you are and what you do on the team?

Hey friends! I’m CD’s new community coordinator Hunter Wolfe, and instead of interviewing a dev like we usually do, I wanted to take a minute to introduce myself to you all this week, since I’ve been working behind the scenes on these blogs for a while!

I just started at Crystal in July, and my role is to support our Community Team in all of its initiatives, which mostly involve engaging with you online! I read your Tweets and Reddit threads, watch your livestreams, and listen to your podcasts (on my lengthy San Franciscan commute), and I’m so excited to be part of the awesome and growing community Marvel’s Avengers has created.

Besides Marvel’s Avengers, what other games have you worked on, and what was your role on these projects?

My role at Crystal is actually my first role on the development side of the industry. Prior to moving to San Francisco last month, I worked as a freelance games journalist with bylines at Game Informer, Kotaku, VG247, Gaming Trend... a bunch of places!

I made the decision to make video games my career when I was in high school. I remember being at E3 (it was the year Skyrim and The Legend of Zelda: Skyward Sword released), standing on the show floor, watching all my fellow nerds milling about from booth to booth, and I remember thinking “these are my people.” Gamers are so passionate and creative, and I knew then that I had to be around people like that for me to find career fulfillment.

I also love the games industry because there’s always something to be excited about on the horizon, and then there’s always people you get to share that excitement with! Working in that kind of environment is a grind, but it’s a rewarding one!

I wish I had a concrete answer, but my memories back then are all muddled. It’s either playing the original Spyro the Dragon on my neighbor’s PlayStation 1 or playing one of the classic Tomb Raider games at my babysitter’s house (either Tomb Raider II or Tomb Raider III).

And of course, playing Pokémon with my brother on our Game Boys (and stealing his Pokémon after he’d fall asleep!).

What do you wish everyone knew about games development?

This is tough – there's a lot I could say!

What I’ll share is this: game developers hear you. One thing that became immediately clear when I started last month is how passionate devs are. They want their games to be as awesome as you want them to be, with every cool feature, expansion, and mechanic packed in as possible.

The truth of making a game though is that they're expensive to make, and they require a lot of collaboration between both internal and external parties (so some things are out of our control). Developers can only create so much with the time and money they have, and so the nature of games development is that it is a constant balancing act where some ideas have to be shelved so others can be realized.

The thing I want to share is this: whenever we have to choose which ideas we bring to the table and which are shelved, the thought that guides our decision-making process is “what outcome is best for the player with the resources at our disposal.” Not every feature can be implemented – not every mechanic added. But we’re always trying to bring the greatest value to the community with the time and money available to us!

What is your favorite thing about working at Crystal?

I get to work on Marvel’s Avengers and Tomb Raider, two of my biggest fandoms since I was a kid. Getting to work on both brands in any way at all is a dream come true!

Can you give our Community a hint at something fun you’re currently working on?

There’s not too much I can say here, unfortunately. But I can say that the future we’re planning for Marvel’s Avengers is incredibly exciting to me. 😊

That’s pretty much the advice. I felt super qualified for all the industry positions I’ve ever applied for, and yet I received so many rejection letters. The realization I made after years of the seemingly endless application/rejection cycle was that you can be super skilled, but sometimes “it’s about who you know, not what you know.”

I hate that it’s true, but having a connection at Crystal Dynamics is what helped me get the role I have now! So go to every industry event you can... engage with people online at the company you want to apply for...

…and be persistent! Rejections are just the doors that have to close before you find the one you can walk through – they're part of the process of getting a “Yes!” Read that last line again and again. Make it your mantra.

Who are your Heroes?

The list of people who inspire me knows no bounds! Ellen DeGeneres and RuPaul who made huge strides for the LGBTQ2IA+ communities; Emma Watson (Feminist icon!); Olympic athletes like Lindsey Vonn and Gus Kenworthy, who persisted in the face of debilitating injuries; I could go on!

Keep Tweeting, posting, publishing, recording, streaming – we love to see all of it! Your feedback is our guiding light through the dark woods of game development, and we take all of your messages seriously. And send our devs nice messages! It makes their day when they read about the things you enjoy about their games! 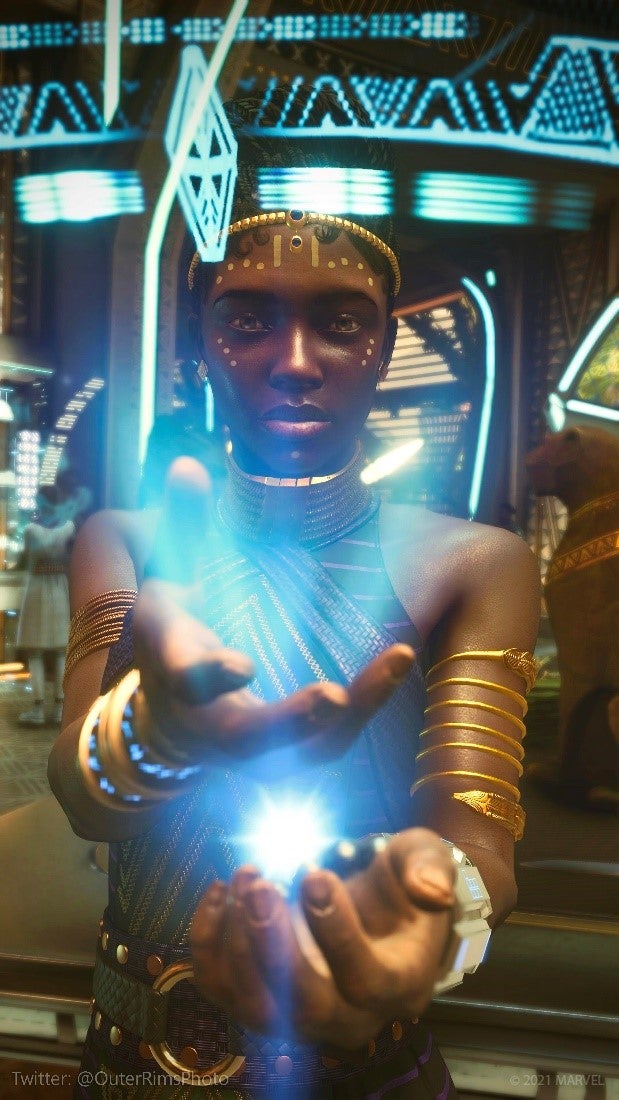 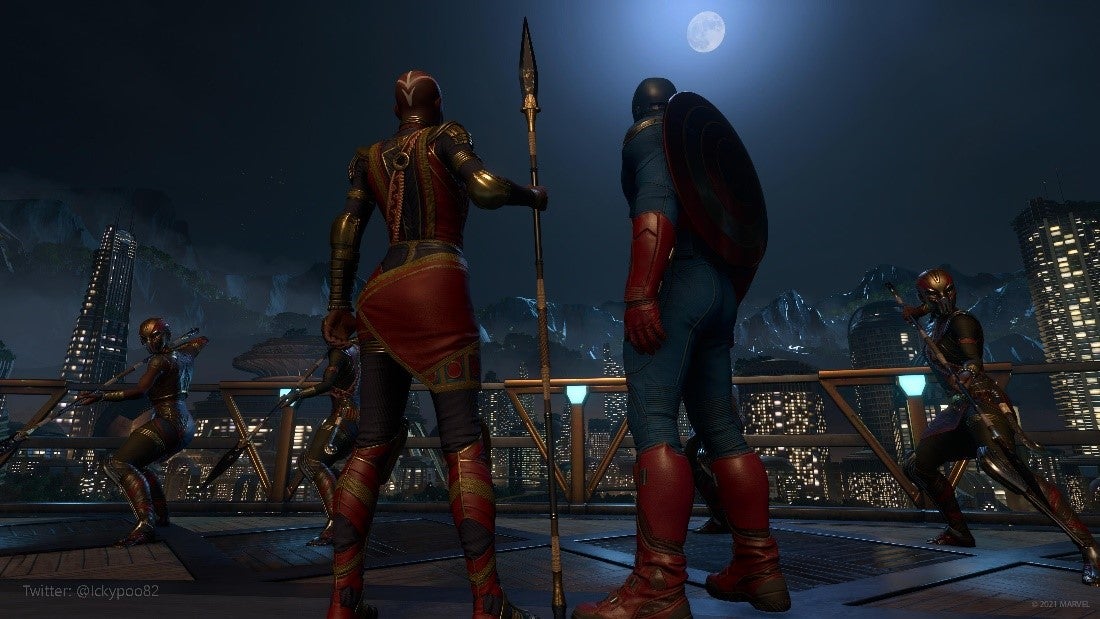 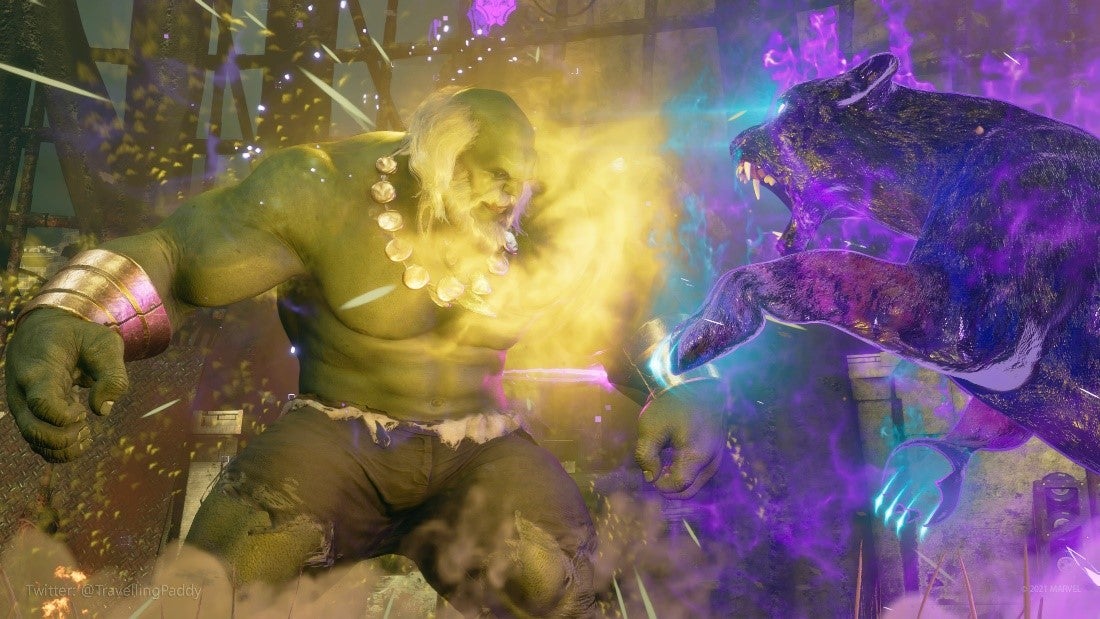 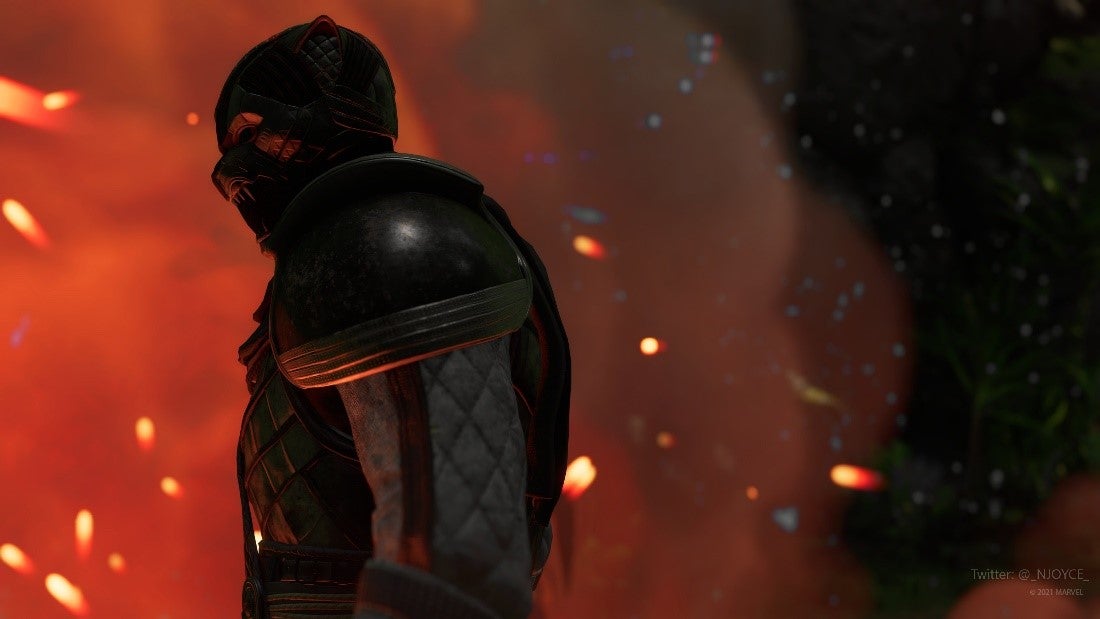 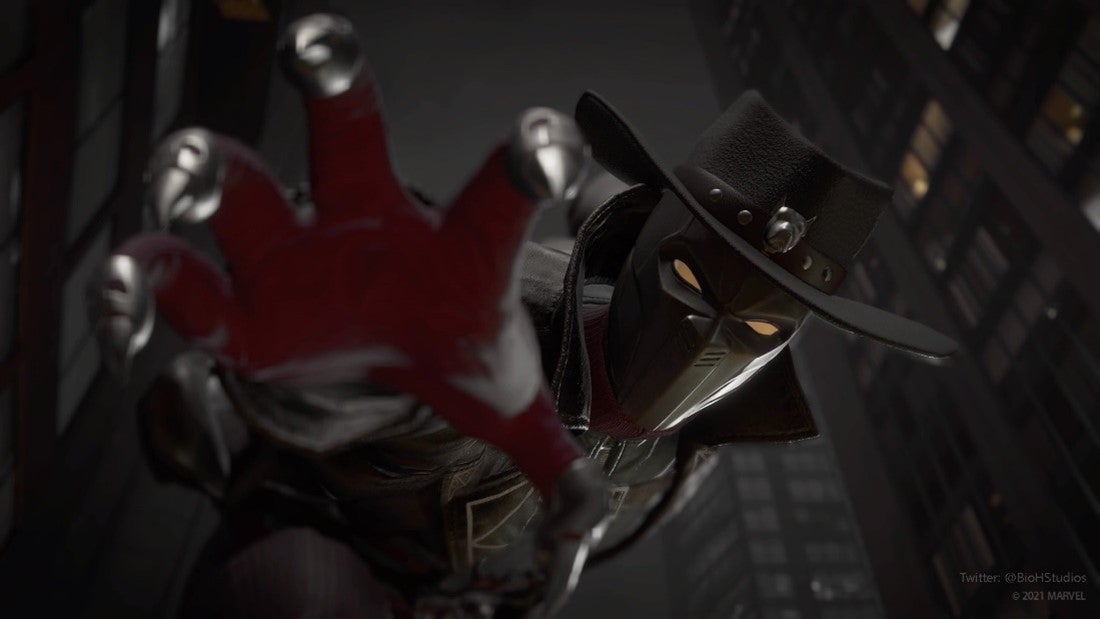